Nearly 3 years since campaign, only 5% public ponds free of encroachment in Bihar

State government was supposed to make 9,044 public ponds free of encroachment under its Jal Jeevan Hariyali Mission launched in 2018 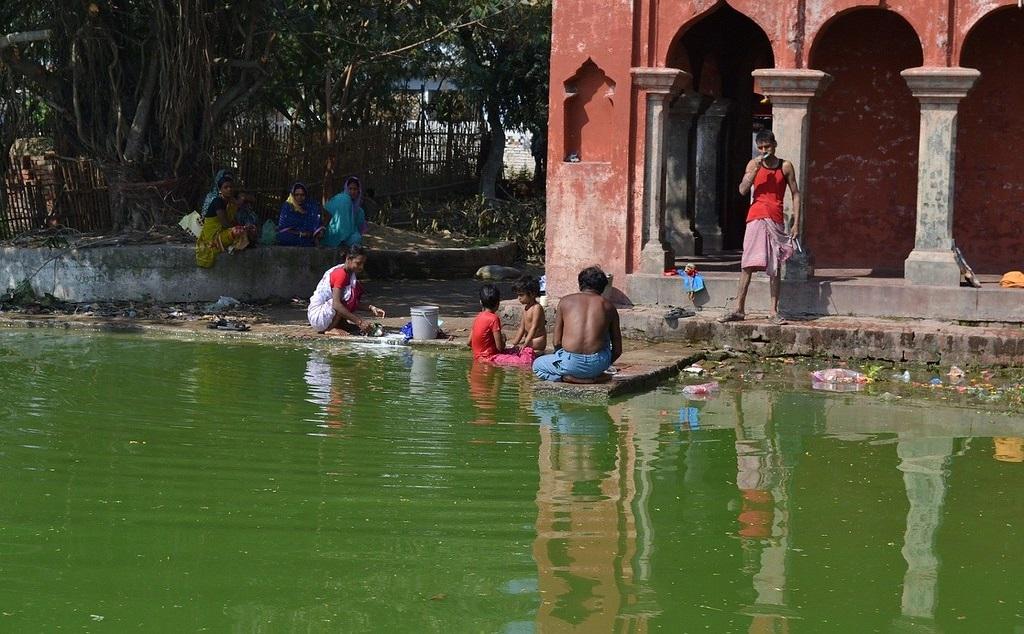 Nearly two-and-a-half-years after the Bihar government to free public ponds of encroachment under its Jal Jeevan Hariyali Mission by 2021, the drive to ensure the same is yet to pick up pace. Merely five per cent government ponds have been freed of encroachments so far, according to government data.

Early this week, Bihar rural development minister Sharvan Kumar told the state assembly that the government would make 9,044 public ponds free of encroachment under the mission over next three years.

Only 531 ponds have been made encroachment-free so far, state fisheries minister Mukesh Shahni told the state Assembly March 16.

Shahni added that the department has directed all districts to start the work at the earliest. Of the 96,000 ponds in the state, 30,672 are public ponds, he added.

As many as 12,027 of the 199,000 water bodies in the state have been encroached upon in the last four years, according to official records. This was revealed in 2017 after the Patna High Court pulled up the state government in this regard.

Till the early 1990s, there were 250,000 ponds in Bihar, according to official records. Their number declined to less than a lakh, a slump of more than 65 per cent.

Activists have claimed that most “ponds were either encroached upon or filled with soil and waste for the vested interest of the land mafia”. This can adversely affect water harvesting during the monsoon season and subsequently underground water availability during summers, said Ranjeev, a water activist.

Two public ponds in Baghini Kala village Kaimur district are in poor condition: One was encroached upon, the other is in need of renovation.

The Patna branch of All India Institute of Medical Sciences was constructed after filling in 35 acres of lakes, he said. Similarly, many parks have come up after filling lakes and ponds.

“There were 1,000 water bodies in Patna but their numbers have come down to a little over 200. Several residential localities have been developed after big ponds were filled,” he told indiaclimatedialogue.net.

Some of Patna’s ponds, including Kachchi Talaab, Sachivalay Talaab, Manikchand Talaab and Adalatgannj Talaab, may not survive for long, he added.

In flood-prone Koshi and Mithilanchal region of north Bihar, ponds are being encroached and filled up so that houses could be constructed on them. In a few cases, people have started farming on them.

The state government had in 2016 launched a campaign to free water bodies of encroachments to help rainwater harvesting and groundwater recharge to tide over drinking water crisis in the state. This drive was part of the much-hyped Disaster Risk Reduction Roadmap 2015-2030, which mandates action for water conservation by agencies concerned.

Narayan Choudhary, convenor of Talaab Bachao Abhiyan (Save Lakes Campaign) in Darbhanga district said the Jal Jeevan Hariyali Mission was a good initiative, but there was a lack of direction on how to save or renovate ponds.

“Land mafia, with the help from powerful people, have filled a big pond opposite the office of the public health engineering department (PHED) and partially filled another in Darbhanga. Similarly, another pond at Balbhadrapur in Laheriasarai was filled up to 90 per cent in broad daylight.”

Most ponds in the state are seasonal; some are also perennial. They help develop aquaculture while seasonal ponds are highly suitable for rearing of seed — fry, fingerlings and yearlings.

Chief Minister Nitish Kumar early this year announced plans to construct large ponds. He added that women associated with Jeevika in rural areas would be given the responsibility to maintain ponds.

He added that the state government’s Jal Jeevan Hariyali mission also played a role in improving groundwater levels till January-February this year.