Once upon a time, the Chilika was a part of the Bay of Bengal: Study 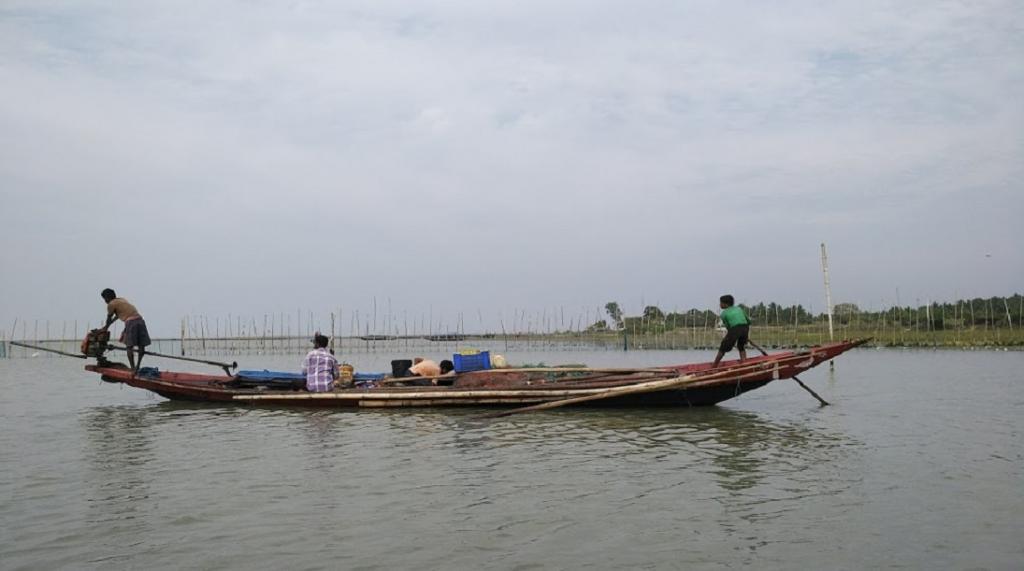 The Chilika lake in Odisha, Asia’s largest brackish water lake, was once part of the Bay of Bengal, a study by the marine archaeology department of the National Institute of Oceanography (NIO), Goa, has found.

The process of the formation of the Chilika might have begun in the later part of the Pleistocene epoch, around 20,000 years ago, Sila Tripati, a noted marine archaeologist of NIO, told Down To Earth.

India’s peninsular river Mahanadi carried a heavy load of silt and dumped part of it at its delta. As the sediment-laden river met the Bay of Bengal, sand bars were formed near its mouth, Tripati said.

These created a backflow of the sea water into the sluggish fresh water at the estuary, resulting in the huge brackish water lake, he added.

Marine archaeological studies on the Odisha coast clearly show that the Chilika once acted as a safe harbour for cargo ships bound for southeast Asia and other parts of the world. The lake has been a useful centre for maritime activities since the third millennium before the Common Era (CE).

Greek geographer Claudius Ptolemy (150 CE) described Palur as an important port of Kalinga and referred to it as ‘Paloura’. This port was situated close to the ‘point of departure’ located outside the southern tip of the lake at Kantiagarh, from where ships used to sail directly for Southeast Asia, Tripati said.

Stone anchors and hero stones (memorial stones commemorating ancient heroes) from Manikapatna, Palur and the adjoining onshore regions of the Chilika suggest that the present brackish water lagoon was in fact a part of the Bay of Bengal, Tripati added.

Chinese pilgrim Xuanzang (7th century CE) recorded ‘Che-li-ta-lo-Ching’ as a flourishing port. This port was located at Chhatargarh on the banks of the Chilika. The Brahmanda Purana (10th century CE approximately) says the Chilika was an important centre of trade and commerce, with ships sailing to Java, Malaya and Ceylon.

The famous Sanskrit poet Kalidas called the king of Kalinga ‘Madhodhipati’ or ‘Lord of the Ocean’.

Sunil Patnaik, a noted archaeologist and the secretary of the government-run Odisha Institute of Maritime and South East Asian Studies stated:

It is an established fact that the Chilika was originally a part of the Bay of Bengal. Some studies revealed that due to tectonic movements, it was separated from the Bay of Bengal through a barrier split near Palur around 4,000 years ago

Susant Nanda, the director of the Chilika Development Authority (CDA) said: “Many historians, geologists and other researchers proved that the Chilika was a part of the Bay of Bengal as they excavated the remains of ports and sandbars at Palur and Manikapatana in Chilika.”

Today, the Chilika is 64 kilometres long in the north-south direction and 13.5 km wide in the east-west direction, Tripati said.

The sea connected with the lake near Satapada through a shallow and narrow channel. The connecting channel was obstructed by shoals, sand spits and sandbars, thus restricting the outflow of water and also checking the tidal flow into the lake.

The lake had become shallower with the passage of time due to the deposition of sediments brought by the Mahanadi as outflow from the lake was restricted, he added.