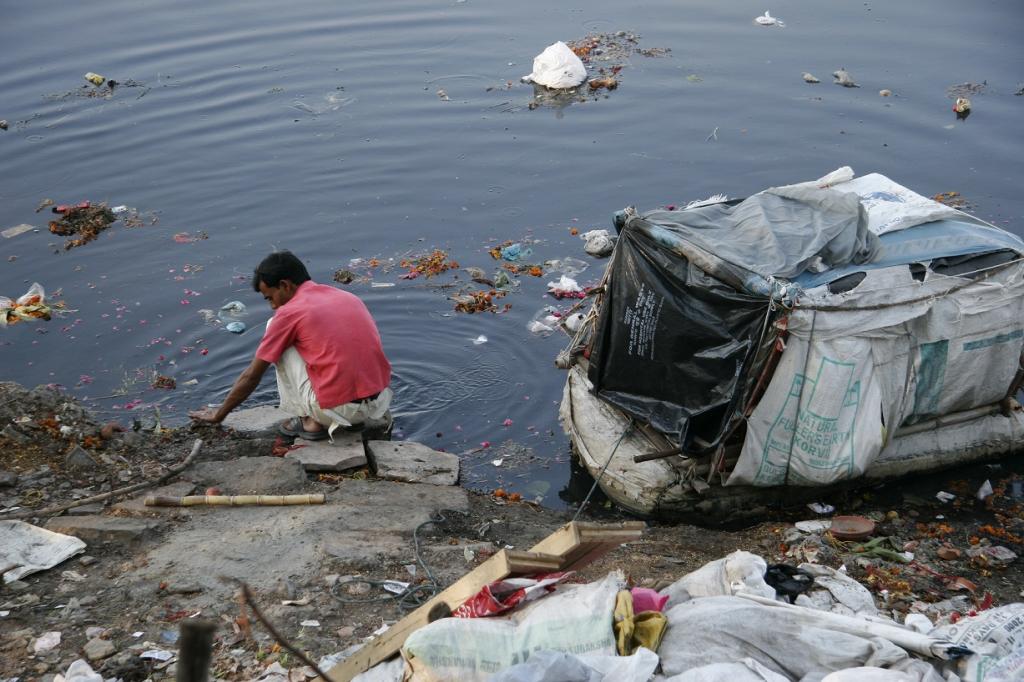 Emphasis has been given on the need to overhaul the sewage management system. Credit: Samrat Mukherjee / CSE

Open defecation and dumping of waste on the floodplains of the Yamuna river will invite a penalty of Rs 5,000, announced the National Green Tribunal (NGT) today (May 19).

This latest order came during the hearing of a plea on the monitoring of implementation of the 'Maili se Nirmal Yamuna Revitalisation Project 2017'.

The tribunal also noted that nearly 67 per cent of the pollution reaching the Yamuna will be treated by 14 sewage treatment plants (STPs), which are expected to come up by 2019. The DDA has already awarded the contract to a private agency. Out of the 14 STPs, seven will be built by the Delhi Jal Board with its own funds.

A Bench headed by the NGT Chairperson Justice Swatanter Kumar set up a committee headed by Delhi Jal Board CEO, Vijay Kumar, to oversee the execution of work related to cleaning of the river. The panel has been asked to submit reports at regular intervals.

The apex green body has also directed the Delhi government and the municipal corporations to take immediate action against industries which are operating in residential areas and are a major source of pollution to the river.

ALSO READ: Urban shit: where does it all go?

On May 1, the NGT had ordered inspection of the STPs at Delhi Gate and Okhla to know how effective they have been in cleaning wastewater before it reached the Yamuna. It had also sought a report related to functioning of these plants.

Experts have been calling for a shift towards the use of low-water devices like bio-toilets to reduce the amount of raw sewage that flows into one of India’s most sacred and damaged rivers, the Yamuna. Emphasis was given on the need to overhaul a sewage management system.