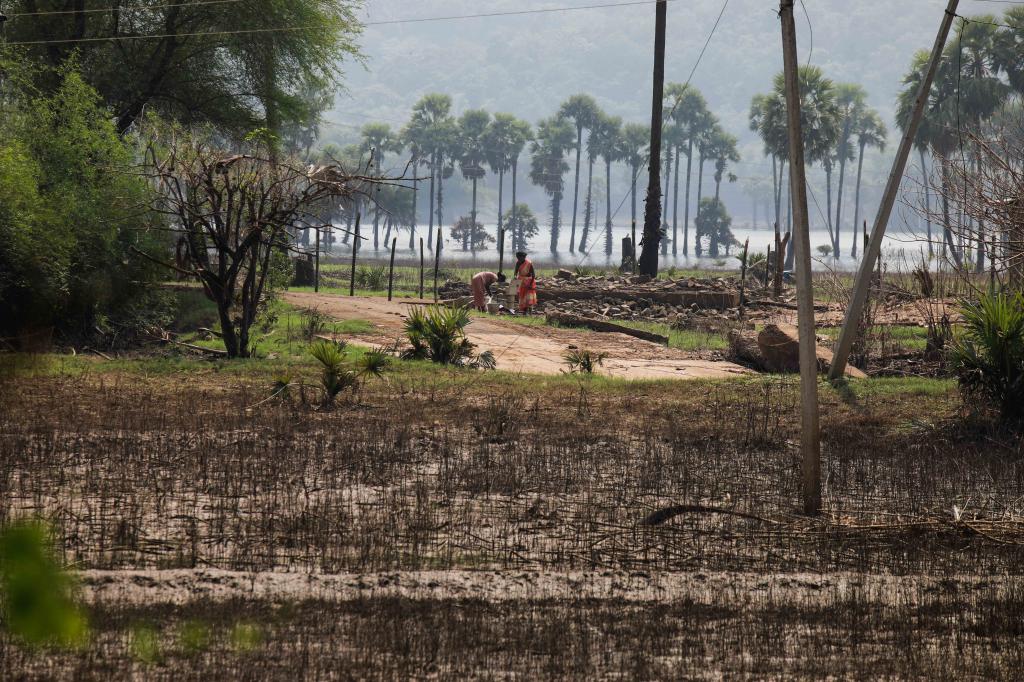 The broken hand of the statue, once aloft, now points downwards. The dilapidated houses in the ghost village still contain furniture and utensils — reminders of a past life.

The village road — which till June this year led to fields of paddy, maize and cotton — now abruptly disappears into the backwaters of the Godavari, created by the cofferdam built recently for the construction of the Polavaram dam.

A cofferdam is a temporary watertight enclosure built to expose the bed of a water body for the construction of a permanent structure.

An hour-long boat ride through the backwaters crossing one submerged village after another leads to two parked tourist boats completely cut-off from the mainland. The boat houses five families left behind — the residents of their village were evacuated in May.

“Can you see the half-submerged houses by the bank? That was our village,” said 45-year-old Polama Kundu, a resident of the now evacuated Devipatnam village in East Godavari.

It had over 1,300 families. In mid-2020, most of them were allocated houses in rehabilitation colonies in the district, but none shifted because they were far from the river. In May this year, the district administration ordered immediate evacuation over fears that the village would get submerged during the monsoon.

And in June, Devipatnam and 71 other villages drowned. 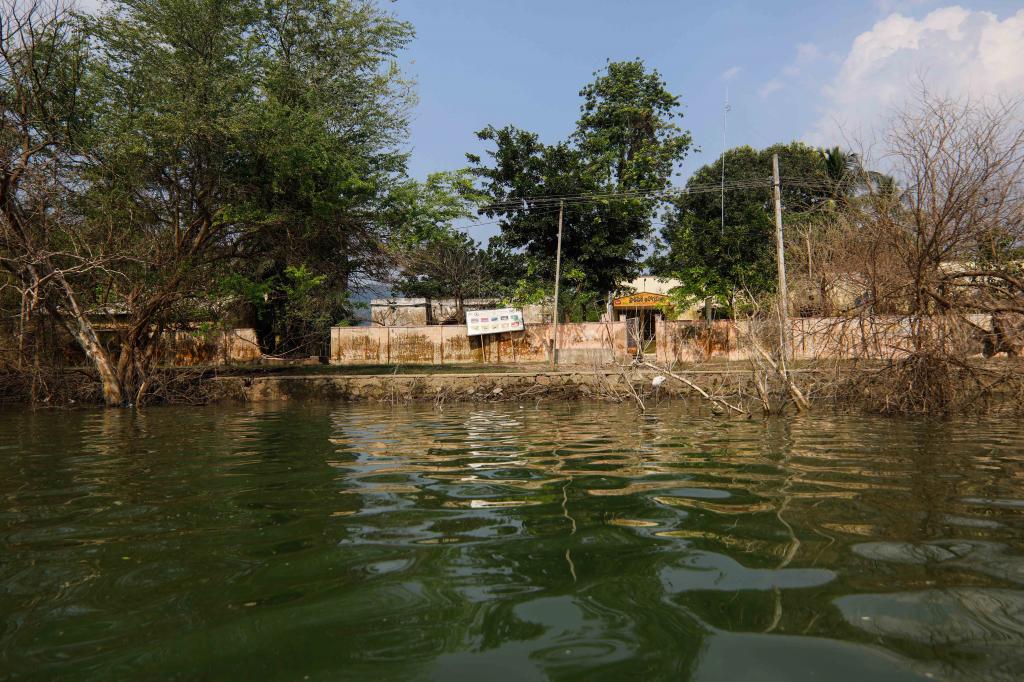 “We are among the 200 families who were not allocated a house. While most of the homeless families are now living on rent in other villages, we had to stay back. We have nowhere to go and no money to look for a room on rent,” said Kundu.

The five families living on the two boats claim they have been promised houses in colonies that are yet to be constructed. Meanwhile, they are surviving off the compensation money they received, while waiting for the water to recede to return to the village.

Even then, they will be left without any civic amenities, because the rehabilitation process is complete on paper. 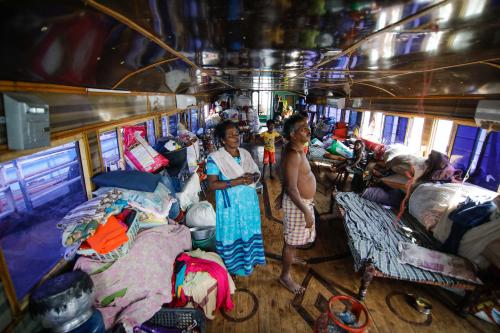 Polama Kundu and her husband Gurubabu have been living in their boats since May when their houses were flooded. Photo: Vikas Choudhary

The Polavaram irrigation project, set to be operationalised by April 2022, will displace the highest number of people in India’s history of such projects: 106,006 families across 222 villages (total 373 habitations) in Andhra Pradesh, upon completion.

The backwaters may also displace 3,337 families in Odisha and Chhattisgarh if a proposed embankment is not built.

Read: Why Polavaram is a pointless project

“For every five acres (2.02 hectares) that will be irrigated by the project, one tribal family will be displaced,” said EAS Sarma, former power secretary, Government of India.

While a little over 6,000 families have been relocated so far, the modus operandi till now clearly foreshadows a severe humanitarian crisis. Almost 80 per cent of the construction work of the dam is complete, yet only 20 per cent families have been resettled so far, says S Jhansi Lakshmi, Andhra Pradesh state president of Rythu Kuli Sangha, a non-profit working for the displaced.

The rehabilitation process, according to the project’s blueprint, will be carried out in two phases. “The first phase in areas of 41 metres or less from sea level is almost complete,” said O Anand, rehabilitation and resettlement officer of the dam project.

The government numbers, though, suggest otherwise. There are 17,109 project-related displaced families, of whom only 6,452 had received houses in resettlement colonies as on November 18, 2021. This means almost six out of every 10 families displaced in the first phase are still homeless.

Land acquisition is still underway for the 236 habitations that need to be resettled under the second phase. The official reports also suggest that the families were to be shifted to 213 rehabilitation and resettlement colonies, but only 26 were ready as on November 18.

Moreover, the compensation disbursement is also moving at a snail’s pace. According to the Land Acquisition Act, 2013, displaced families receive Rs 6-7 lakh as compensation, besides a fully developed house.

The state government announced an additional compensation of Rs 3 lakh. Families with farmlands are also either given new land (up to 1 ha) or paid 2.5 times the value of the land.

However, many families have either received no compensation and only the house, or compensation but not the house or land for land, or none of the above.

Sivaji Bandar, for example, led a comfortable life when he was suddenly forced to evacuate because water started to inundate his home in West Godavari. “I left the village with a pregnant wife, an 11-year-old son and parents even though I had not been allocated a house there,” said Bandar, who owned a grocery shop in Tekuru village.

“From owning a house and a shop, now I am in a debt of Rs 4 lakh, living on rent and without any source of livelihood,” he said. Of the 200 families in Tekuru village, only the 50 tribal families have received compensation so far.

“We have submitted our complaints to the mandal revenue officer,” he said.

Take the case of Pediredla Sachinarayana, a farmer of Kondamadalu village, the last village of East Godavari, some 60 km from Krishnunipalem rehabilitation colony, where he shifted six months ago.

He has neither got any compensation or alternate agricultural land. He and his four brothers had 6 hectares between them which are now submerged. His family had some savings before coming here and had been surviving on that till now, but are now staring at an uncertain future.

He has not been able to find any work since he shifted.

“Even a kadi patta costs Rs 10. We don’t have even that much left now. We will see for one more month; if the government doesn’t give us the compensation and work, we will go back to our old village, in whatever condition it is in,” he said.

Others, who have received, say that the compensation is a joke. “We receive one-time payment but lose our life and livelihood. How are we expected to survive?” asked Uppey Prasad Rao, who received a compensation of Rs 7 lakh for his 0.4 ha land.

He claimed he will have to spend at least Rs 20 lakh to own a similar tract of land around the rehabilitation colony he now resides in at Krishnunipalem.