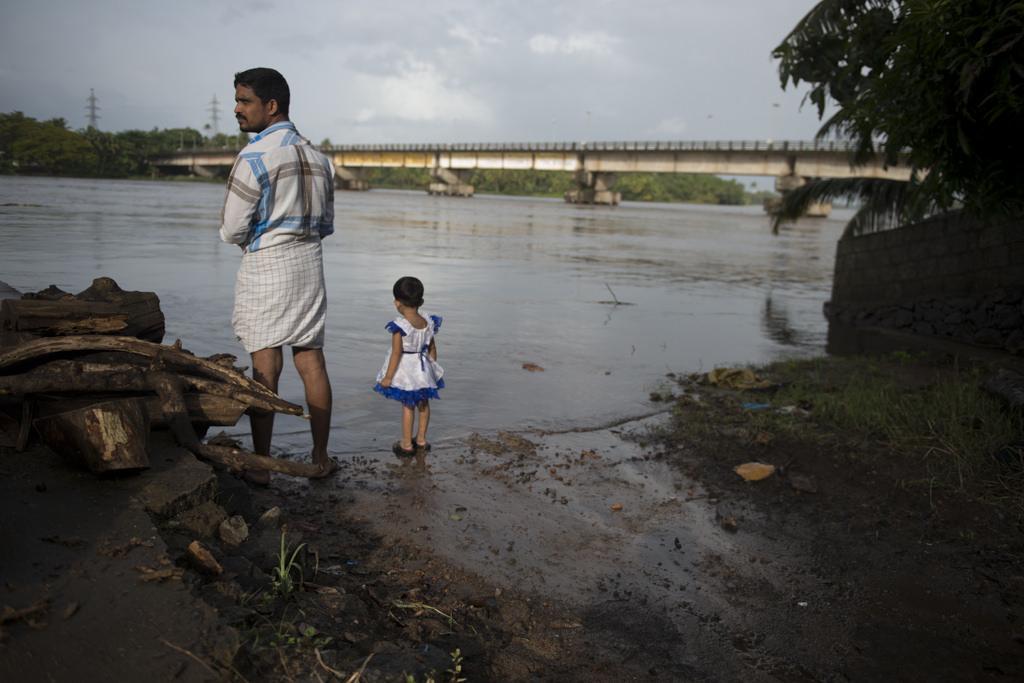 Protests over pollution of the river have been gaining momentum for the past few years. Credit: Bobinson K B

The Central Pollution Control Board (CPCB) has submitted a report before the NGT on action to be taken in the Eloor-Edayar area of the Periyar River in Kerala. The report recommends restoration measures to be taken on utmost priority. This report came on the heels of a case filed by local residents demanding urgent action to restore water bodies of the river. The National Green Tribunal (NGT) is expected to hear two different batches of petition related to Periyar pollution in the coming week.

In October 2015, environmental activists were alarmed to see a change in the colour of water in Periyar River in Eloor-Idayar region. The colour of the water remained red for almost half the day. For those uninitiated, about 25 per cent of Kerala's industries are along the banks of the River Periyar and they are mostly located within a stretch of 5 kilometres in the Eloor-Edayar region, which is about 10 kilometres north of Kochi harbour.

Findings of Pollution Control Board report

NGT has stepped in

Observing that it was necessary “in the interest of justice” to inspect all the industries situated on the banks of the Periyar River, the circuit bench of the National Green Tribunal (NGT) ordered an inspection on August 5.  The team, which comprises senior officers of CPCB and KSPCB, will assess the quantum of sewage and the effluents generated and check the feasibility of effluent treatment plants. The team, which will submit its report on September 29, will also analyse whether the effluents being discharged into the river were within the prescribed parameters

Protests over pollution of the river have been gaining momentum for the past few years. The environmental activists have been mobilisng support against the “poisoning of drinking water of people of Kochi”. The release of untreated effluents from Sree Sakthi Paper Mills to the river had also raised hackles with the locals. Two days after giving closure notice to the company, the PCB gave conditional clearance for the paper mill.

Periyar: the lifeline of Kerala turning into "a cesspool of toxins"

Periyar, the longest river in Kerala, is also one of the few perennial rivers in entire southern India and a major source of drinking water for major towns, including Kochi. The Idukki Dam on the river generates a significant proportion of Kerala's power. Throughout its course, the river provides water for irrigation and domestic use, besides supporting fishery.

However, the lower reaches of the river are referred as "a cesspool of toxins”. That explains the reports on fish deaths. Lack of oxygen in water has caused fish deaths at least 23 times in 2015. In May 2016, incidents of dead fish washing up on shores in the Eloor-Edayar belt have been reported twice.