Renewable energy and the fight over Guatemalan rivers 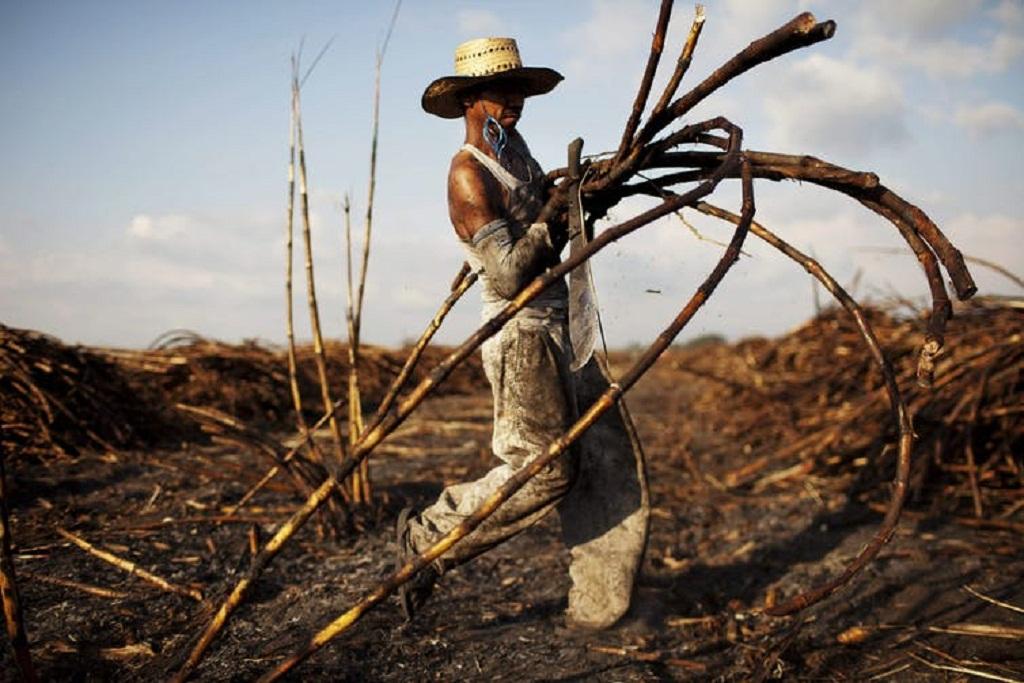 One morning last year, Santiago, a campesino (peasant farmer) who grows corn and mangoes in southwestern Guatemala, left his home with a plan to engage in industrial sabotage.

Santiago (not his real name) was frustrated by the diversion of the Ixpátz River. Formerly a communal water source for drinking, cleaning and subsistence crop irrigation, the Ixpátz and four other rivers in the Champerico area had been re-routed from their natural courses and into large plantations. Joining forces with other small farmers, Santiago set out with pickaxes and sticks to break up dikes by hand.

Known locally as “liberating rivers,” this new social movement tactic has spread across the lowlands near Guatemala’s Pacific coast since 2016. A growing number of communities are supporting one another to dismantle the unauthorized dams, wells and irrigation motors installed along many of the 18 major rivers and their tributaries that flow into the Pacific Ocean.

With sugarcane and palm plantations expanding in part to meet global demand for biofuel, such a conflict points to a clash between renewable energy and the people affected by its production.

In 2017, after conducting nine years of research on land conflicts in Guatemala, I began to interview the people liberating rivers. The clash over rivers struck me as at once unique and emblematic of broader social and environmental turmoil.

The world is searching for cleaner sources of energy. Fossil fuel production is finite, environmentally destructive and politically contentious. These concerns have made growth industries out of alternative energies such as hydroelectricity and biofuel, which counts sugarcane and African palm among its top sources.

In Guatemala, this growth has shaken up patterns of land and water usage. Guatemala is the world’s fourth largest exporter of sugar, it follows only Indonesia and Malaysia for palm oil exports and the country is the largest Central American exporter of electricity.

Biofuel production in Guatemala responds predominantly to European demand. The hydroelectricity the country generates is largely consumed domestically, with around one-third of it sold to the Central American regional market in 2014.

The United States and intergovernmental agencies such as the Inter-American Development Bank have heavily promoted both energy sources.

Land dedicated to sugarcane in Guatemala grew by 46 per cent between 2001 and 2012, with expansion concentrated along the Pacific coast. There, and in particular within the department of Suchitepéquez, sugarcane coverage grew primarily through the termination of land rental agreements with campesinos. Palm oil plantations expanded even faster, with a 270 per cent increase in land used for the crop over 10 years, mostly in Guatemala’s northern lowlands.

Upstream from the Pacific coast, these same rivers are also being dammed to produce electricity. Thirty-seven hydroelectric dams are operating or under construction within the coastal departments of Retalhuleu, Suchitepéquez, Escuintla and Santa Rosa.

Hydro and biofuel are intimately connected through more than the use of the same rivers. Sugarcane producers also generate electricity onsite by burning the crop’s biomass pulp, and many of the small hydroelectric dams in the Pacific region are financed by sugar companies. In 2016, the Panama Papers leak shined light on a consortium including 10 of Guatemala’s 12 sugarcane producers, which exports electricity directly and invests in 116 offshore companies.

Many local residents also take issue with the dams due to water usage, land access and pollution.

All of this has had a negative impact on the lives of rural Guatemalans.

Due to a shortage of water, plantations have begun “stealing” water, in the words of people from surrounding communities: diverting river routes, mechanically extracting river water and drilling deep wells.

This drainage of publicly accessible water is occurring in a region where many communities lack piped water for household use. The strain on such a vital resource explains the discontent of those who choose to destroy industrial property and return river water by force.

The social movement that came together around the river water near the Pacific coast did not form in a vacuum. Across Guatemala since at least 2005, communities affected by the expansion of agro-industry, hydroelectric dams and mining have developed innovative tactics in attempts to block these extractive projects.

One widespread form of opposition has been the consultas votes held by affected communities. Around one million Guatemalans voted overwhelmingly against local extractive projects in 78 instances between 2005 and 2013, setting off a number of legal challenges and leading to the suspension of some licenses.

The consultas are locally organized plebiscites whose validity has been recognized by the Guatemalan constitutional court. The plebiscites draw on the internationally established right of Indigenous peoples — which includes most Guatemalan campesinos — to free, prior and informed consent over economic development within their traditional lands.

Where opposition is strong, however, repression has followed.

Activists opposed to mining have been killed in relation to all four Canadian-financed mines in operation in Guatemala since 2005. Four lawsuits in Canada are currently trying mining companies for violence conducted by their security guards in Guatemala: one charges Tahoe Resources for the shooting of seven protesters in 2013, and three charge Hudbay Minerals for the murder of one man and shooting of another in 2009, and the gang-rape of eleven women in 2007.

Of the 134 human rights defenders killed between 2007 and 2017 in Guatemala, my research has found that at least 61 were active in the resistance to resource extraction, including mining, dams, agro-industry and more. These figures align with an international trend: the NGO Global Witness reported the murder of 207 land and environmental defenders in 2017 alone.

Violence against those engaged in water battles on the Pacific coast has not been as extreme as that seen around Canadian mines, but the movement has experienced repression.

I spoke with one man who faced this violence personally, when private security guards from a sugar company allegedly ambushed the river liberation action he participated in. “In that moment, well, I had bad luck, and they hit me with a pellet from a shotgun. But we did manage to liberate that river, at least for now.”

Even though many rivers have been freed by communities across the Pacific coastal region, the struggle is far from over. Santiago, who helped free the Ixpátz River, now takes part in foot patrols to prevent further theft from any of the five waterways near his community in Champerico.

At another community in Suchitepéquez, a river was freed and now runs deeply, but residents note that the returned water is polluted. “There is a rubber plantation upstream and they throw all their waste into the Icán River,” said Julio. “So the water comes this way and you can’t drink it. The animals do, but we can’t drink that water.”

The social movement tactics referred to as river liberation have opened a new front in an ongoing struggle over land and water usage Guatemala. Consumers in North America and Europe are right to encourage a transition to renewable forms of energy, but we must also look deeper into alternative industries, and ensure that no harm is done in our name.

All names in this article have been changed.