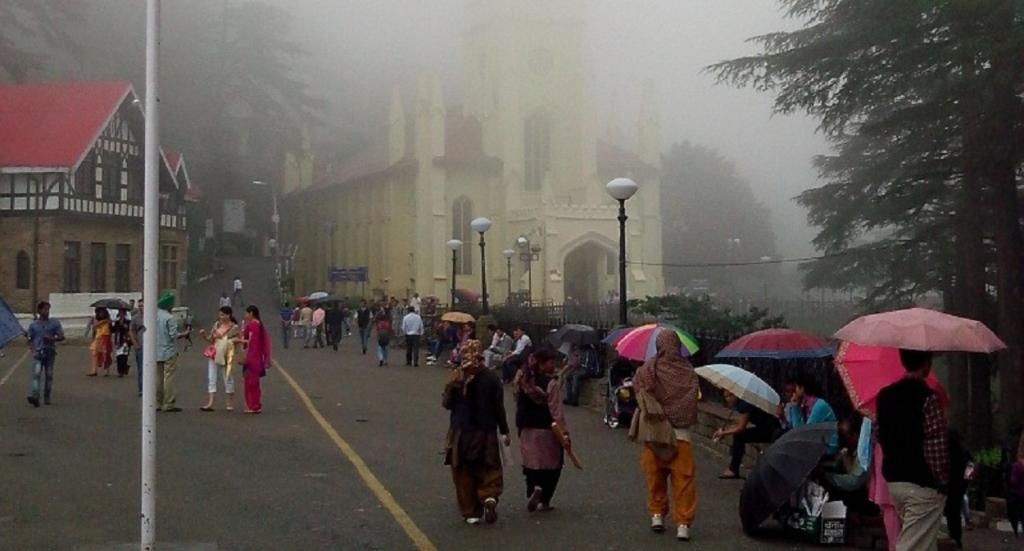 The incessant heavy rains claimed 16 lives in one day in the state. Credit: Wikimedia Commons

Shimla, which faced acute water shortage during the summers, is now suffering the tragedy of excessive rains and damage but it may not be of much benefit as there is no water harvesting system and the water is flowing down into the rivers in plains.

The phenomena of very heavy rains within a short span is disturbing and the rainfall during past 24 hours was an example of that as some of the places received more than 300 mm rainfall (Sujanpur Tira got 307mm and Arki 300 mm) which was unprecedented.

Shimla, which recorded a heavy down pour of 207.6 mm on August 13, broke the 11-year record of 122 mm of rains on August 13, 2007. But the town could face water problem as heavy rains resulted in silting of the catchment area affecting the water pumping.

Himachal Pradesh received average 73.8 mm rains in the past 24 hours which is 500 per cent more than the normal (12.3 mm) rainfall. The state received 2 per cent excess rains during the current monsoon season from June 1 to August 13. All the nine districts excluding Lahaul and Spiti (-52 per cent), Chamba (-52 per cent) and Kinnaur (-33 per cent) received excessive rains.

The incessant heavy rains claimed 16 lives in one day, blocked 923 roads in the state mostly due to landslides and uprooting of trees. The 69 proposed National Highways will further spell doom in Himachal as the frequency of landslides would increase at an alarming proportion due to cutting of rocks.

Earlier, the rocks were cut at 45 degrees but now the vertical cutting of rocks (90 degrees) is dangerous for the hilly state as it would destabilize the strata and would lead to major landslides especially during monsoons.