The volume water in India’s 91 reservoirs has dipped 1.92 per cent from last week according to latest data released by the Central Water Commission (CWC) on June 21.

This is just 17 per cent of total live storage capacity of these reservoirs.

Western and southern India are facing the most deterioration.

The situation in Karnataka and Kerala is scary as both states saw a sharp increase in deficiency in water reservoirs in just seven days. In Karnataka, the deficiency was reported at eight per cent on June 13. It now stands at 23 per cent.

Similarly in Kerala, the deficiency rose by 14 percentage points — 38 per cent, from 24 per cent last week.

Deficiency in reservoirs in Maharashtra and Gujarat increased by two percentage points compared to last week and is at 71 per cent and 24 per cent respectively. 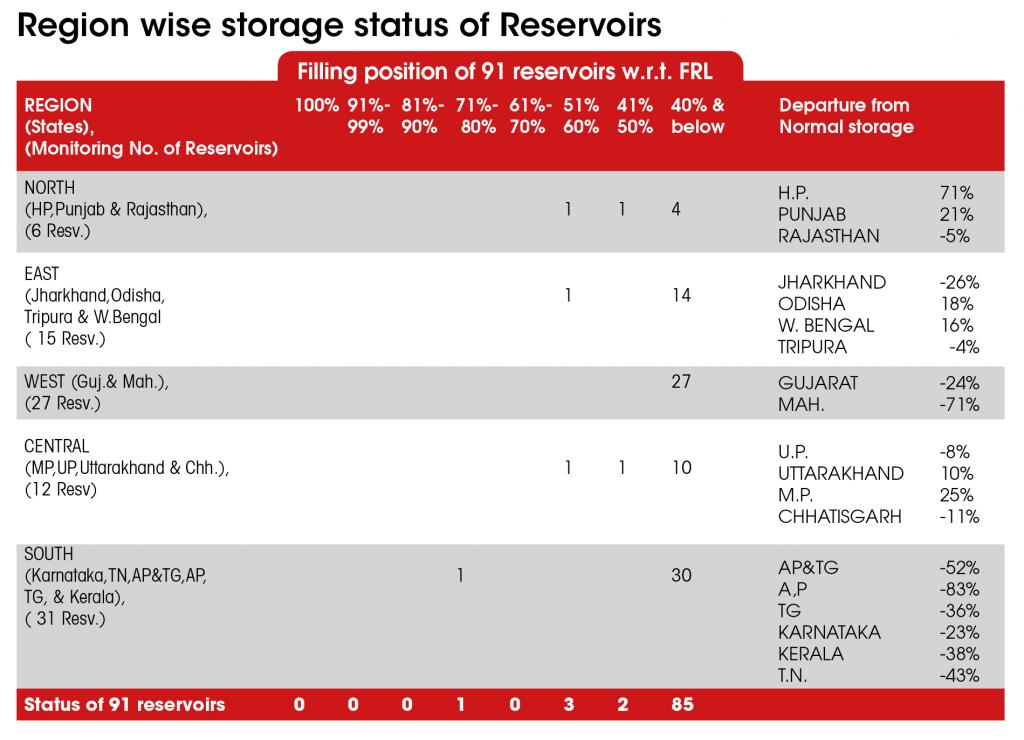 Even as several parts of India have been reeling from water crisis, the monsoon this year has been delayed by seven days and hasn’t made much progress yet.

In fact, Met department records show that this monsoon has been the slowest progressing monsoon in at least 12 years. India has recorded a 44 per cent rainfall deficit, according to the India Meteorological Department (IMD).

Due to this, water storage in important western and southern rivers like the Sabarmati, the rivers of Kutch, Godavari, Krishna, and Cauvery is deficient whereas it is ‘highly deficient’ in Tapi, an over 81 per cent departure with respect to the average of the last 10 years.

The southern rivers including the Godavari, Krishna, and Cauvery reported a dip of 38, 55, and 45 per cent respectively.

The reservoir basin stock in the Sabarmati, which flows through Gujarat, showed a departure of 42 per cent, an increase from last week’s 40 per cent.

In fact, every river basin, with the exception of the Mahi, has shown a dip in its storage levels when compared to last week.