The world needs more toilets – but not ones that flush 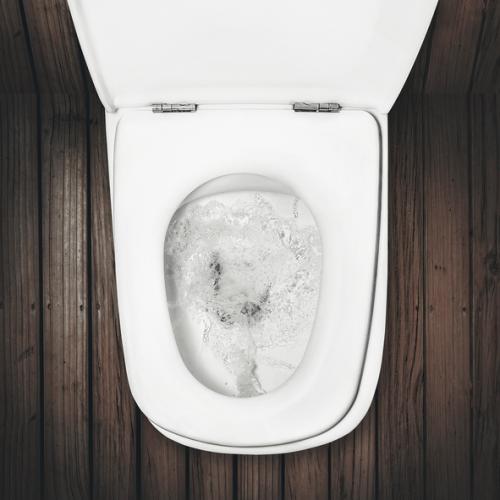 Today, 35.8% of the world’s population still lacks access to any proper sanitation facilities.

That’s why in 2015, the world’s leaders agreed to strive for access to adequate and equitable sanitation and hygiene for all by 2030 as part of the United Nations Sustainable Development Goals. That means more than three billion extra people will need access to a toilet.

But if we solve this problem with the flush toilets we’re used to in the West, we will have a whole new water access and sanitation problem on our hands.

From toilets to treatment

The invention of the flush toilet, or water closet, in 1596 ended open defecation and transferred excreta outside of homes for the first time. This was certainly a good thing in the short term, but today the flush toilet probably stands as one of the most unsustainable innovations in human history.

Think about it. Why would we want to increase the liquid volume of a potentially harmful substance – human waste? Most of the waste water that flush toilets create – more than 80% worldwide – ends up going directly back into the environment. No treatment, no use, just a lot of open sewers.

With the invention of flush toilets, the volume of waste created when humans go to the bathroom increased almost 20-fold. To deal with this new level of waste, we invented waste-water treatment plants. The aim of these sewage treatment systems has traditionally been to provide clean effluent that can be put back into the ecosystem.

So basically, we suck water out of an ecosystem (using energy), clean it (more energy), pipe it through a city (using lots of infrastructure) into our homes. Then we flush it down the drain (this is where it gets dirty again) and pipe it to a waste-water treatment plant (more infrastructure often using a lot of energy) to put it back into an ecosystem. What a waste.

Municipal waste-water treatment plants are also terrible energy consumers. In the United States, waste-water treatment accounts for about 3% of the national electricity load. Many facilities in industrialised regions produce methane, another greenhouse gas that contributes to global warming.

So for all those people who still need access to safe sanitation, we need to consider other types of toilets.

Sewage is so much more than dirty water

Soil would actually profit from these extra nutrients. Worldwide, about 135 mega-hectares of soil is reportedly prone to nutrient exhaustion, of which 97% occurs in developing and least developed countries. It’s estimated that, globally, 5.4 million kilograms of nitrogen and 2.2 million kilograms of phosphorus are needed to counteract nutrient depletion for the four most important staple crops: wheat, rice, maize and barley. Might this be a happy coincidence?

Using waste water safely in agriculture can increase yields, reduce the need for fertilisers, enhance soil quality through the introduction of organic matter, and therefore safeguard lives and livelihoods.

Another use for one sewage treatment byproduct – sludge – is the production of energy. Instead of flaring and wasting sludge, some plants use it as a heat source or even for renewable energy purposes.

The plant is energy self-sufficient and produces a surplus of approximately 15 gigawatt hours of electricity and 42 gigawatt hours of heat annually. Its reduction in greenhouse gas emissions is estimated at 40,000 tonnes per year, equivalent to a town of 4,000 inhabitants.

Not everyone needs to flush

The United Nations estimates that roughly 50 litres of water per day are needed by each household for the preparation of meals and for personal hygiene, not including toilet flushing. In Africa, most people get along with 20 litres per day – less than what developed nations use for daily toilet flushing.

By using more dry toilets, not only do you save water, you can actually use the waste for fertilisation purposes. Dry toilets separate urine and faeces in distinct containers. When handled properly, they produce no smell. The urine, which is usually sterile, has high nitrogen content and is therefore a suitable fertiliser. The faeces can be composted and used as soil amendment in non-food plants.

Rather than just handing out flush toilets, development agencies and governments need to start asking important questions. Is there any water to be wasted on flush toilets in the location that I am considering? What kind of water quality could be useful in that place? What is the social acceptance among people for toilets, for the use of recycled water, for composted sludge? Is there a market for secondary products that can be used for energy or agriculture?