As most parts of the country are grappling with water crisis, temple town Tirumala ensures that it reuses its treated wastewater and saves it too.

Tirumala is a hill town in Andhra Pradesh’s Chittoor district that houses the Tirumala Venkateswara Temple. It treats 83 per cent of its wastewater and uses it for a number of non-potable purposes such as maintaining and developing gardens, parks and forest area and cultivating sandalwood.

Tirumala Tirupati Devasthanams (TTD), an autonomous body managing the affairs of the hill shrine, is growing sandalwood trees in Tirumala forests to meet the sandalwood required for temple rituals.

The growing need of water decreases as effluent can be used for non-potable purposes. It reduces dependency on freshwater and keeps water pollution in check, said Srihari, deputy executive engineer at TTD.

Tirumala, which is spread over some 26.8 square kilometres, house around 10,000 people and caters to a floating population of 70,000 per day. On festive occasions like Vaikunta Ekadasi, Rathasaptami and Brahmotsavams, the floating population crosses one lakh. 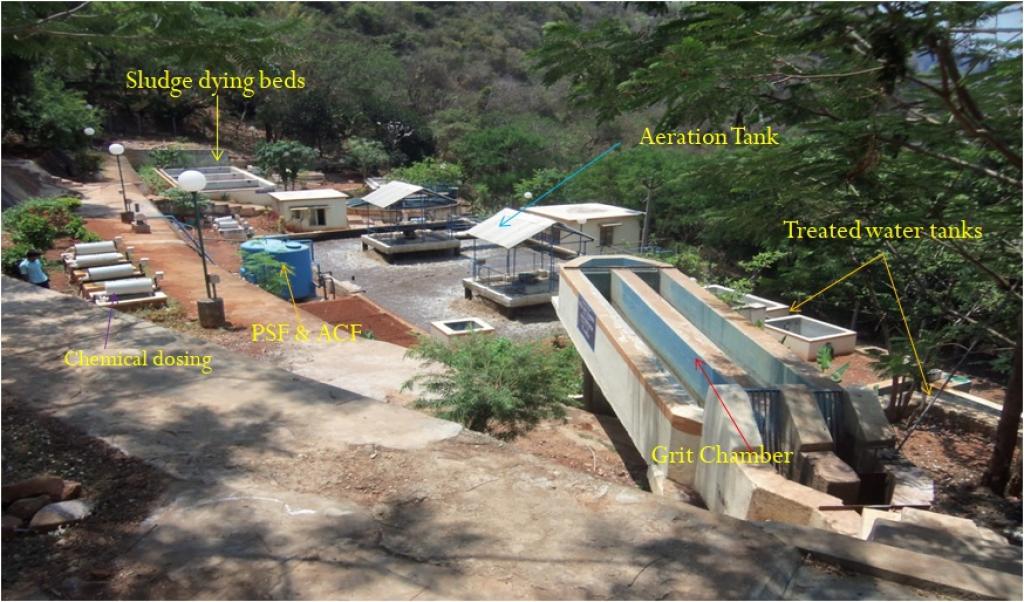 Such an undertaking in this town contributes significantly to the water supply. As the treated water is used for non-potable purposes, the saved water helps meet the water needs of the population.

The hill town located 3,200 feet above sea level has four sewage treatment plants (STP) with a total capacity of 9.5 million litres per day (MLD). Of these, three plants have a capacity of 3 MLD each and one 0.5 MLD. The construction of one more is almost complete and two others have been proposed.

Wastewater at STPs is treated in three stages — primary, secondary and tertiary. The plants also use extended aeration method, a modified technique.

After this, old drainage pipes and sewer lines were removed and new ones were placed. The construction of sewage treatment plants in Tirumala started in 1991.

The temple town mainly draws its water from four dams — Papavinasanam, Gogarbham, Kumaradhara and Pasupudhara, all the four located in Tirumala itself.

Water is also pumped from Kalyani dam in Tirupati and in case of water shortage it is drawn from Telugu Ganga, said Srihari. He, however, expressed concern over the insufficient rainfall and pointed out if the reservoirs do not receive fresh water, the town could face serious problem after October.