More than US $2.4 billion are needed for current El Niño responses and currently there is a $1.5 billion gap in funding 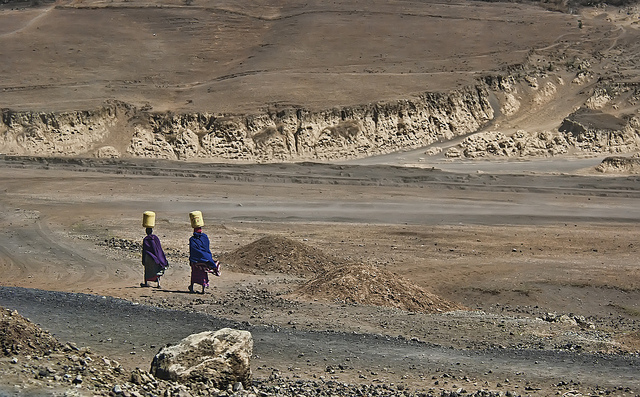 The United Nations along with its multiple agencies has called for a stronger response by governments, aid organisations and the private sector to address the strong impact of the El Niño. The weather phenomenon that began in mid-2015, is considered one of the strongest in history, having affected the food security, livelihoods, nutrition and health of around 60 million people around the world.

They noted that more than US $2.4 billion are needed for current El Niño responses and currently there is a $1.5 billion gap in funding.

The appeal came at a meeting organised in Rome by four UN agencies, the Food and Agriculture Organization of the United Nations (FAO), the International Fund for Agricultural Development (IFAD), the Office for Coordination of Humanitarian Affairs (OCHA) and the World Food Programme (WFP).

The meeting underscored that while the 2015-2016 El Niño has passed its peak as a meteorological phenomenon, it will continue to influence weather patterns across the world.

People relying on livestock for their livelihoods are particularly vulnerable given the long time frame required to rebuild herd numbers which have been decimated by drought.

At the meeting, UN agencies committed to working closely with resource partners to help address the funding gap by prioritising areas that require urgent attention. They also pledged to assist the worst hit populations with a mix of short-, medium- and longer-term efforts, including scaling up of existing social protection schemes.

FAO, IFAD, OCHA and WFP said they would work with development partners to ensure that disaster risk reduction projects are stepped up in the most vulnerable areas.