Urban poor in Kenya bear brunt of water scarcity due to a number of reasons, even as trans-border lakes are on the verge of dying 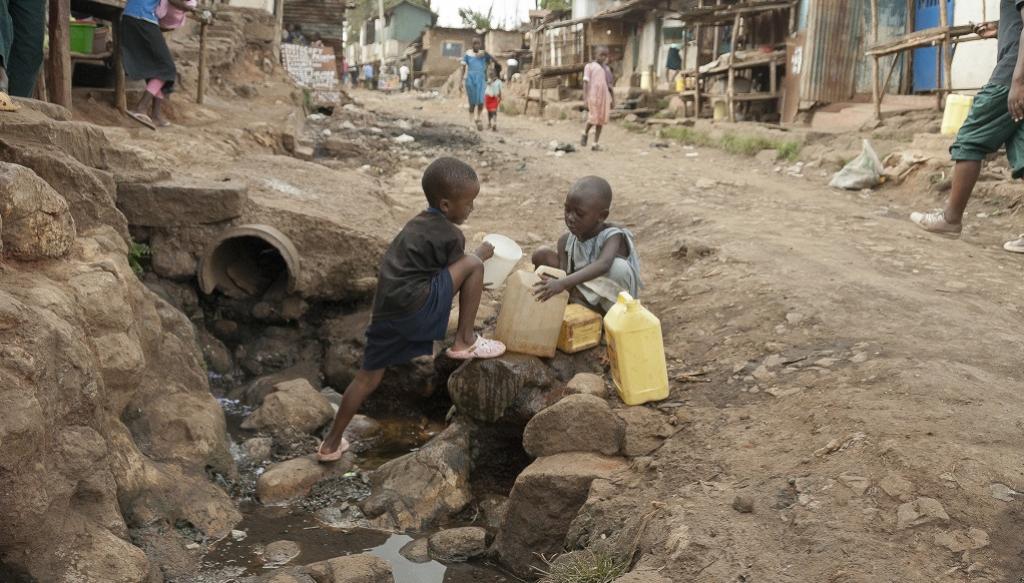 Kenya is lagging behind in delivering water to its 50 million people, with at least a third of the population lacking access to clean drinking water. This is despite the country making strides in infrastructure-related areas such as transport.

More than 16 million of the population relies on untreated and unsafe water sources, such as ponds, shallow wells, rivers and even lakes for drinking water.

Data collected by different organisations shows that the situation is particularly dire in rural areas and among the urban poor.

Kenya’s rural areas have traditionally been plagued with an inability to access safe water.

“In rural Kenya, the average cost of coping with an unreliable or distant water supply is approximately $38 per month. In comparison, the average water bill of a typical household in Nairobi that is connected to a piped system, is only $4.46 per month,” global water body Water.org said in one of its 2020 statements.

“This comparison highlights the economic burdens that often fall more heavily on unconnected rural customers than on households with piped connections,” it added.

However, the problem is now widespread in urban slums despite good coverage, according to data. Water.org noted that in many areas, piped water connections did not produce a ‘reliable, constant’ flow of water.

Water affordability in rural and urban areas is a major issue, with both suffering the problem of lack of access, according to Wangai Ndirangu, head of capacity-building in sustainable water management network WaterCap Kenya.

Ndirangu noted that the lack of access to water in urban areas was caused because of low supply and high demand — especially in slums — control by cartels, migration from rural areas and population growth in cities and towns, coupled by poor planning and management.

“With nearly 600,000 people in Kenya moving to towns each year, infrastructure quickly gets overwhelmed and this has resulted in excessive extraction of water in low- and middle-income areas of Nairobi to meet demand,” he said.

“In urban Kenya, water is a factor in poverty. It is less accessible to the poor and the more the poor one is, the more they are unlikely to be able to afford clean drinking water,” he added.

On the other hand, lack of access in rural Kenya is influenced by poor coverage of the water network. This means that while water sources including rivers and streams, ponds, wells and springs are present, people have to walk for long distances to get the commodity.

The observation is shared by the UN Human Rights Office which in 2019, undertook a pilot assessment of the enjoyment of the right to water in Kenya in informal settlements in the country.

It found that while urban areas had better access than rural areas, inequalities were particularly acute in informal urban settlements where residents relied on unreliable water services from formal and informal providers.

It found that the commodity sells a litre less in urban middle class neighbourhoods — where piped water is available — than in the slums where the majority relies on water vendors.

It further revealed that the majority of respondents spent more than 3 per cent of their monthly household income on water, which is above the international standard for affordability.

This implies that Sustainable Development Goal 6 on universal and equitable access to safe and affordable drinking water by 2030, remains a mirage.

Lake Victoria, which Kenya shares with the east African countries of Uganda and Tanzania, continues to be affected because of relentless pressures brought about by urban and agricultural pollution over the past 100 years.

The result has been a reduction in fish for the more than 40 million people who directly rely on the lake across the region and even more worrying, a sustained spread of the invasive weed species water hyacinth.

Ever since the lake was opened to the world by the East Africa Railway 110 years ago, it became a victim of human settlements brought by the growth of towns around it and the agricultural plantations in its catchment.

These have led to aggressive exploitation of its habitat, increasing pressure on the lake ecosystem and affecting how the water body functions, Chrisphine Nyamweya, senior research scientist and assistant director in charge of limnology at the Kenya Marine and Fisheries Research Institute, said.

The result has been a decline in native fish species such as tilapia in the world’s second largest freshwater lake, a situation made worse by introduction of non-indigenous species such as the Nile Perch in the 1960s, he added.

“The lake has seen near collapse of the native species over time and an unprecedented rise in water levels at times. There is eutrophication (increase of nutrients in water bodies) due to agricultural fertilisers in its catchment, as plant species such as algae bloom, take away oxygen, leading to occasional fish kills,” he added.

“Excessive nutrients in the lake have also fuelled spread of the hyacinth now occupying around 16,000 hectares of water, constraining fisheries and navigation,” he added.

Various organisations have initiated efforts to save the lake from the crisis by connecting more people to sewage systems and advocating good agricultural practices in the lake basin.

The lake is not doing well. Fish kills have often occurred due to low oxygen levels and fish numbers have been declining over the years. However, multi-sectoral efforts to address the crisis are underway and there is hope they will yield fruits.

It has been feared that another lake, Turkana, on the Kenya-Ethiopia border, is dying due to damming activities on the Omo river, a major feeder.

But, a new study by the United Nations Environmental Programme (UNEP) has painted a contrary picture.

It has found that over the next 20 years, climate change will most likely lead to heavier rains over Lake Turkana’s ‘river inflows’, raising water levels in the lake and increasing the likelihood of severe flooding.

The study urges officials in Kenya and Ethiopia to prepare for a future in which ‘once-rare floods’ become a regular occurrence.

“There is reason for concern about the future of the basin, as models point to an increased risk of severe flooding and landslides in the basin area. We do not know how these risks and others such as erosion, sedimentation and pollution will impact the lake,” Joakim Harlin UNEP scientist who led the study, told this reporter.

“This work is therefore a starting point to inform a dialogue between water users and countries on sharing the benefits deriving from the freshwater resources and the larger freshwater ecosystem, to reduce the risk and impact of severe flooding and landslides and to take action to protect the lake and river ecosystems,” he added.