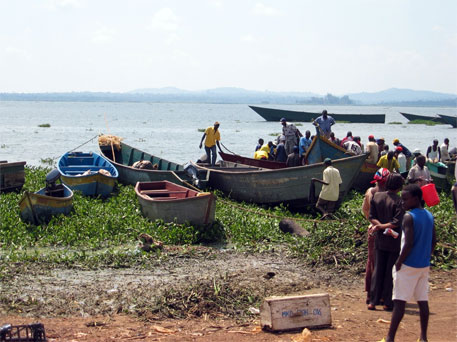 Tanzania has announced that it will establish a Lake Victoria Fisheries Trust Fund (LVTF) to conserve biological diversity and ensure socio-economic welfare of communities that depend on the lake for their livelihood. The decision was taken based on conclusions of a study conducted under Lake Victoria Environmental Management Project Phase II.

Lake Victoria is the second largest in the world. It is located in East Africa and is shared by Tanzania, Kenya, Uganda, Rwanda and Burundi. According to the Lake Victoria Basin Aquatic Biodiversity Meta-Database, around 35 million people or 30 per cent of the population in East Africa depend directly or indirectly on livelihood derived from the lake.

"This amount of exported fish is over 80 per cent of the fish resources in our country. The data indicated that Lake Victoria has a big contribution to the improvement of people's lives and the country's economy," he was quoted as saying in Tanzania Daily News.

Countries of the East African region are currently involved in joint projects to regulate fishing activities in the lake basin. Reports say illegal and intensive fishing techniques are causing depletion in fish stocks of the lake. Research reports have pointed out that though fish exports bring a lot of foreign revenues to the country, there is a lack of equitable distribution of income among stakeholders, especially the fishing communities.