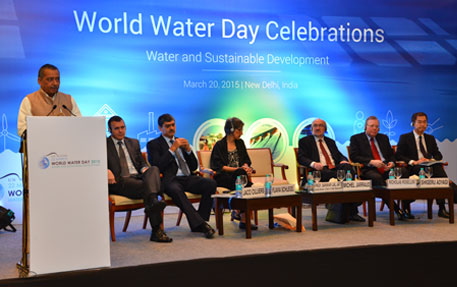 The quality and quantity of available fresh water has been greatly affected by unsustainable development and governance failures, says the UN World Development Report launched in New Delhi last week. Titled “Water for a Sustainable World”, the report presents an exhaustive account of the state of the world’s water resources.

“Water resources are a key element in policies to combat poverty, but are sometimes themselves threatened by development. Water directly influences our future, so we need to change the way we assess, manage and use this resource in the face of ever-rising demand and the over exploitation of our groundwater reserves,” said UNESCO Director-General Irina Bokova in an official statement. 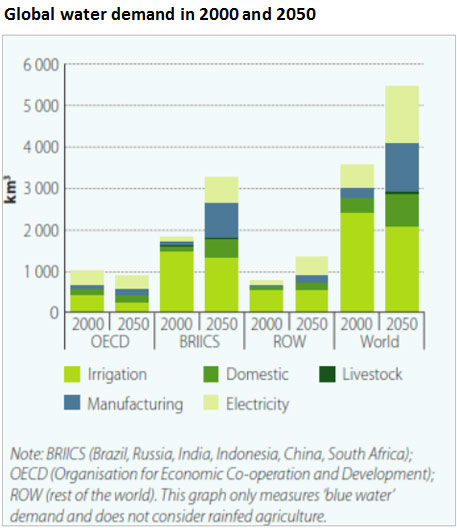 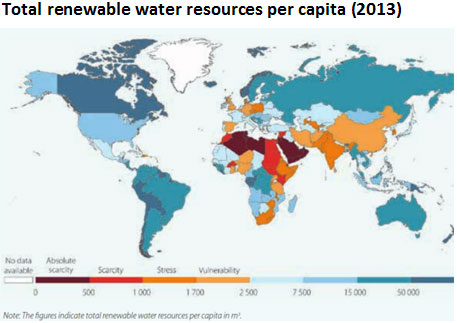 The report was launched in Delhi by Union Minister of State for Water Resources, River Development and Ganga Rejuvenation, Sanwar Lal Jat. The country is facing tough challenges in managing water resources, agreed the minister. “The National Water Policy adopts an integrated approach to water management which is vital for poverty reduction, environmental sustenance and sustainable economic development,” he said.

Both surface water and groundwater are under stress in India. Delhi-based non-profit Centre for Science and Environment (CSE)’s study on urban water shows that water consumption of the industrial sector will double from 2008-09 and 2020-21 (see table below). 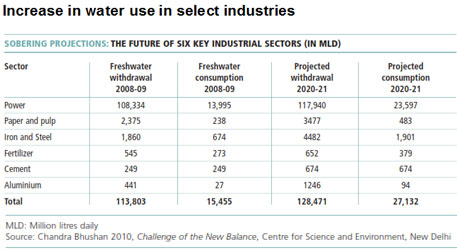 Since planners are obsessed with water and not its supply, cities source water from distant places. Water is lost in distribution and there is inequity in supply of water to the people. Cities are not able to recover the supply cost from the citizens and have no money to invest in sewage. Groundwater is not recognised as a critical source of water supply and recharge is not considered important. Big recharge bodies in cities are not protected or conserved. 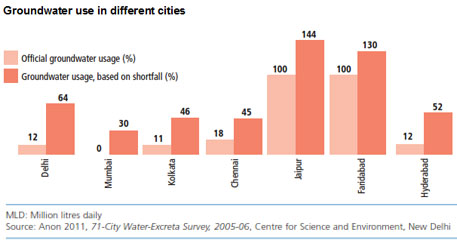 It is expected that this report will act as a guideline for good governance and for bringing about a balance between fresh water resources and sustainable growth.