Water sharing with Bangladesh: It may still be too early to talk about Teesta river 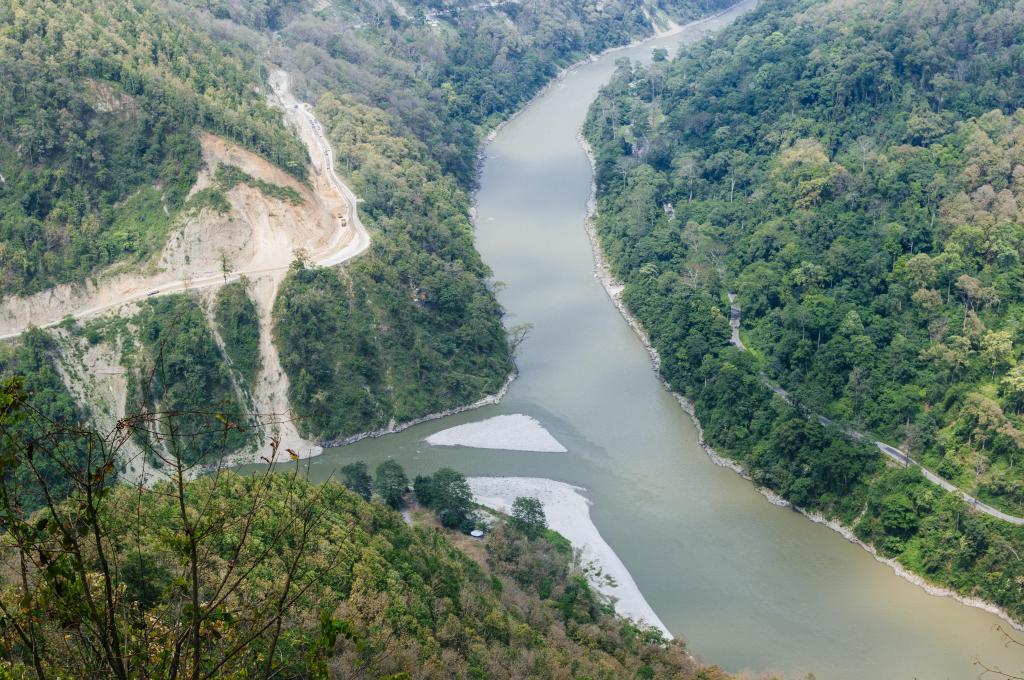 Teesta river is among the 54 rivers shared between India and bangladesh. Photo: Wikimedia COmmons

The pact to share the water of the Kushiyara river between India and Bangladesh was signed September 6, 2022, but a similar pact for Teesta river has been in the works for around a decade. The prime minister for the neighbouring country has sought an early conclusion for the other pact, but the lack of any data on the volume of water is concerning.

India and Bangladesh have signed an interim water sharing agreement for Kushiyara river, the first such pact since the signing of the Ganga water treaty between the two countries in 1996. The countries share over 50 rivers.

Water management remains a contentious issue between the two countries, in particular, the sharing of Teesta river water which has remained mired in disputes and hence stuck for many years.

Teesta river, a tributary of the Brahmaputra, originates in the Teesta Kangse glacier and flows through the state of Sikkim and West Bengal before entering Bangladesh.

Bangladesh Prime Minister Sheikh Hasina had sought an early conclusion of the Teesta water sharing agreement, according to news agency Press Trust of India. “However, it had been hanging fire for more than a decade due to opposition from West Bengal Chief Minister Mamata Banerjee,” said Hasina, who is currently in India.

The delay in signing the agreement can not be pinned completely on the West Bengal government, said water economist Gourisankar Ghosh. “Neither India nor Bangladesh is in a position to exactly quantify how much water Teesta river carries, particularly in lean periods,” he said.

It would be a blunder if the two countries jumped to a conclusion and signed an agreement while lacking technical data on river volume, said Ghosh.

The agreement to share the water of the Kushiyara river will benefit both southern Assam in India and Sylhet region in Bangladesh, Prime Minister Narendra Modi said, reported PTI.

Hasina also stressed on the need to have water-sharing agreements for other rivers as well.

However, repeated demands to look into the causes requiring water sharing have been overlooked. “The water levels in the Teesta have drastically reduced over the years and, hence, there is very little for West Bengal to offer to Bangladesh,” the Bengal CM has repeatedly argued.

She had suggested that the two sides should instead work out arrangements on water sharing from the other rivers that flow between the two countries.

Under the Congress regime at the Centre in 2011, Banerjee had not joined Prime Minister Manmohan Singh on his visit to Bangladesh. She had opposed the Teesta water sharing agreement “to protect the interest of the farmers in the area.”

Teesta’s flow in northern West Bengal drops drastically in the lean season. Moreover, parts of the river are reduced to a trickle. The river is said to facilitate the irrigation of 1.20 lakh hectares of land in the region.

It has been widely argued that the draft treaty in its current form can affect agriculture in this area.

Teesta River had an average historical flow of 7932.01 cubic metre per second (cumec) maximum and 283.28 cumec minimum at Dalia, upstream of the Teesta Barrage in Bangladesh, a Bangladesh newspaper The Daily Star had reported in 2011.

“Confusion emerged among experts about the quantity of water the Teesta River carried, particularly in lean periods. The flow increases from March as summer arrives and the glaciers melt. During monsoon, rainfall over its catchment sometimes causes flood in the plains of Duars,” the report said.

Bangladeshi commentators have, on various occasions, lamented that despite sharing 54 rivers, India and Bangladesh failed to sign even one agreement in nearly 25 years. The last agreement on water sharing between the two countries was in 1996, when the Ganga River Treaty was signed.

But clarity on the figures of water volume is still lacking and the talks are only about jumping into decisions to rush water sharing agreements, as Ghosh points out.

“The Teesta water sharing dispute still remains unresolved for reasons, which are in control of the stakeholders and governments,” said Barun Mitra, an independent commentator from West Bengal.