Around 1.2 billion people, almost one-fifth of the world's population, live in areas of physical scarcity of water, says UN 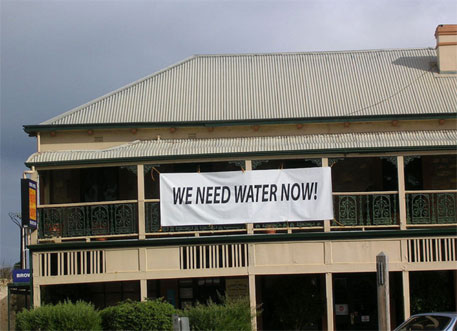 Water crisis is looming large over many regions across the earth. Besides US’ California, much of West Asia and North Africa is also battling the problem which is set to worsen by the day.
“The situation is critical,” Essam Khalifa, a senior official from Egypt’s water ministry, said at the United Nation’s Food and Agriculture Organization (FAO) in Rome. “We are using almost every drop of water due to population growth,” he was quoted as saying by news agency Reuters.

West Asian countries, including Iran, Jordan, Syria, Lebanon, Palestine and Iraq, are grappling with a drought-like situation after being hit by a dry winter in 2014. “Oman’s state-run water utility is ramping up water production from strategic well fields to help tide over an acute supply crisis that has left an estimated 15,000 residents of the capital city without piped water for several weeks,” reports Khaleej Times.

According to international non-profit The Water Project, much of the land that is available for producing food is destroyed by increasing desertification in Syria, Jordan, Iraq, and Iran. Unsustainable agricultural practices, including overuse of water, are affecting already shrinking water resources.

Around 1.2 billion people, or almost one-fifth of the world's population, live in areas of physical scarcity of water, and 500 million people are approaching this situation, says the United Nations. Another 1.6 billion people, or almost one quarter of the world's population, face economic water shortage, it adds. Another report by the international agency adds that in the relatively dry areas in these two regions—Middle East and North Africa—non-sustainable use is exacerbated, with current rates of freshwater use equivalent to 115 per cent of total renewable runoff.

Two studies, released in 2014, had predicted that the world will face “insurmountable water crises”  by 2040 if it does not move away from water-intensive power production.