The Andhra Pradesh district, that was ranked first, could do even better if local officials are given freedom to choose, they say

Officials in Andhra Pradesh’s Kadapa district feel that the Jal Shakti Abhiyaan (JSA) started in 2019 by the Union government should have a bottoms-up approach to make it more efficient.

Kadapa was ranked first in India among 255 water-stressed districts across 36 states and Union territories for the work done to conserve water. It also stood first among the nine districts of the state selected under the JSA. Sixty-eight mandals were selected among these nine districts, of which 13 are in Kadapa as mentioned above.

Kadapa scored of 80.38 per centage. The district scored well in intervention areas such as

Located in the Rayalaseema region of Andhra Pradesh, 13 mandals (blocks) of Kadapa were selected for the JSA. Local officials said there were other mandals that were more drought-prone than those selected by JSA.

Satellite imagery, along with inputs from the ground water department figures were taken to shortlist the mandals, officials told Down To Earth (DTE). They gave the example of Lingala mandal that is famous for its horticulture plantations, especially banana.

The mandal has the highest per capita income in the state but over-exploitation has dented the ground water table.

“The campaign would be more useful if we are given the freedom to choose as part of a bottoms up approach as we know where drought is more severe,” Kadapa district collector, C Hari Kiran, told DTE.

“Though the majority of funds spent on JSA works were from the National Rural Employment Guarantee Act, we used funds from the district mineral fund (Pradhan Mantri Khanij Kshetra Kalyan Yojana) for taking up works which do not have any convergence with it,” he added.

Kadapa is a major mining district, where uranium and barytes are mined and has five cement factories. The funds are normally earmarked to be utilised in mining-affected areas. Looking at the performance of the district we expect the government to provide us additional funds as an incentive, Kiran explained.

An intensive campaign among students, especially school children, and farmers by organising kisan melas, was the reason why the district did better, officials said.

“The involvement of the people in trying to know how the water flows at a particular place and where it stagnates helped us in planning better. This improved participation of the people and led to their owning the works taken up in mission mode,” Hari Kiran said. 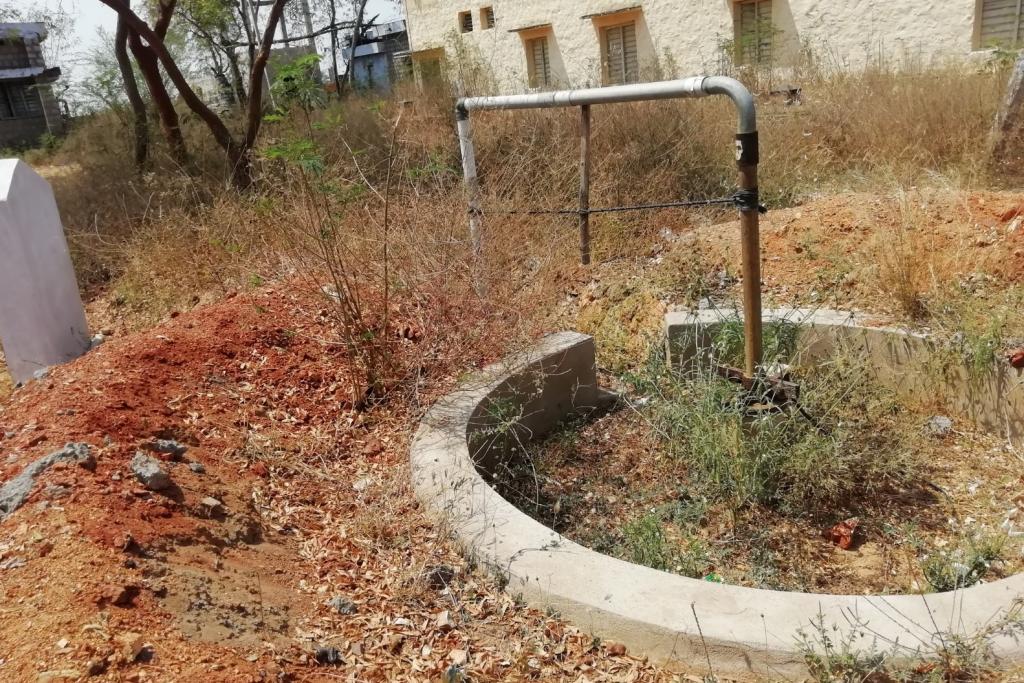 “We geo-tagged all the assets that were created by us which very few districts in the country did. Latitude and longitude of every asset created was captured and posted online,” he added.

The existing structure of the District Water Management Agency was utilised for taking up the works. “A special officer was deputed for every mandal which kept us on our toes and improved our performance,” said Hari Kiran.

Among all works taken up during the campaign, 60 per cent are new while the other 40 per cent comprised of old structures like renovation of old wells like the 150-year-old Tatayyagunta well in Lingala mandal.

The district innovated a concept called sub-surface dams on Papagni river and received a water award in February 2019, in the category of aspirational districts, said Hari Kiran. “We can do more such innovative programmes with additional funds in our kitty,” he noted.

Despite the laurels won by the district, officials themselves admit that all government buildings in the 13 mandals have not made arrangements for harvesting rain water.