Condition of several rivers in the state critical, puts livelihoods of thousands at risk, flagged environmentalists 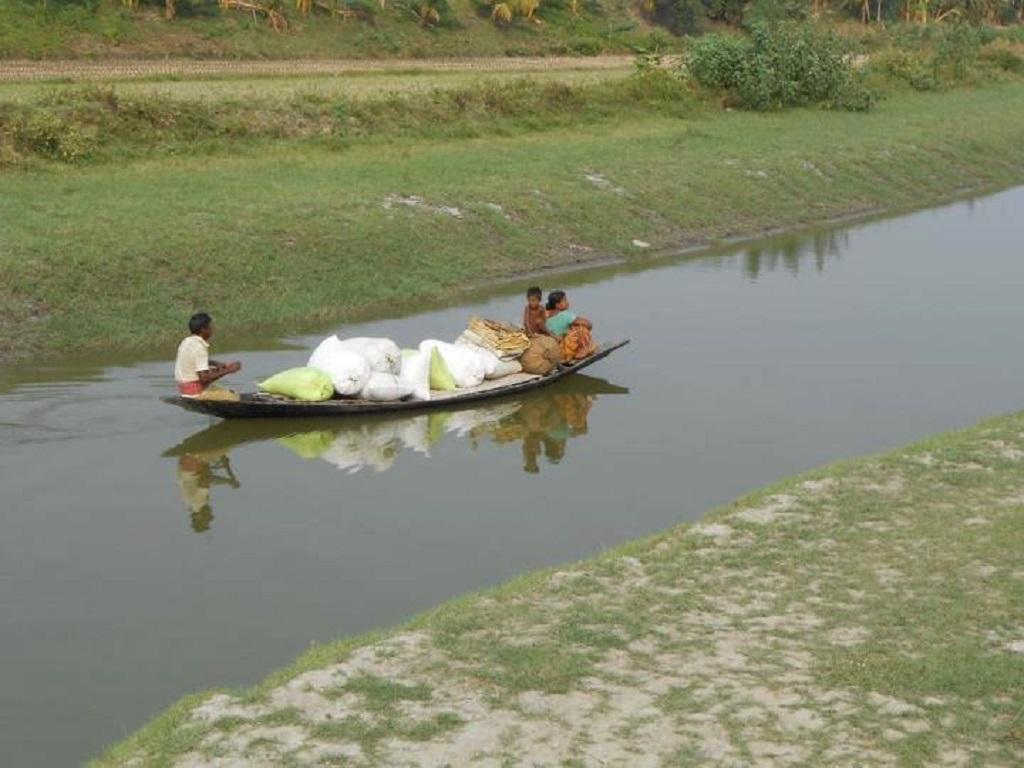 The deteriorating health of rivers, water bodies and wetlands has become a critical agenda in West Bengal in the run-up to the assembly elections. Two back-to-back meetings in Kolkata were organised recently to demand attention to the problem from political parties.

More than one thousand river and water activists and concerned citizens from across the districts gathered in a public meeting in Kolkata on March 17, 2021 to demand protection and restoration of the rivers.

In the 1950s, river expert Kapil Bhattacharya had started a similar movement with fishermen to save the state’s rivers, said Naba Dutta, secretary of Sabuj Mancha, a green platform. The platform orgnised the March 17 meeting with the support of Dakhinbanga Motsyojibi Forum (DMF), an association of fishermen.

“The purpose of the meeting was to demand solidarity from all political parties, so that whoever comes to power next May, should take up the agenda of protecting the state’s waterbodies on a priority,” he said.

Campaigners and around 100 fishermen had come from nearly every district. They voiced their demands for the protection of 30 rivers, water bodies and wetlands they were representing.

“We have carried out a primary survey taking help of activists across the state and have found that nearly 75 rivers across the state have either been already lost or in process of being lost,” said the activist.

Water conservationist Rajendra Singh, also known as ‘the waterman of India’, sent his solidarity message from Rajasthan, mainly highlighting the threat on Adiganga. He said:

Many of the rivers in Bengal are in acute trouble. I have personally visited many rivers, including the Ganga and Adiganga. Pollution and encroachment rules the rivers; as a matter of fact part of Adiganga has completely been hijacked and several constructions have come up filling up the river.

Apart from Adiganga, the East Kolkata Wetlands, Saraswati river in Howrah; Bidyedhari, Ichamati and Churni rivers in the southern and northern fringes of Kolkata have been identified critically vulnerable stretches.

“In north Bengal, many rivers, particularly Mahananda, Atreyee, Phuleswari, Punarbhana and Sreemati have been severely affected and often turned into seasonal rivers,” said Tuhin Suvra Mondal, a convener of the state-level river committee set up by Sabuj Mancha.

The transboundary rivers that the region shares Bangladesh, like Teesta and Atrai, are of particular concern, Mandal added.

Sunderbans, which is a land of rivers, has also suffered degradation of its waterbodies due to pollution, salinity and encroachment. “The volume of catch by fishermen has also systematically dwindled,” observed Milan Das of Dakhinbongo Motsojibi Forum (DMF; an association of fishermen) who was present at both the meetings.

The biodiversity hotspot has been officially labeled a ‘no plastic’ zone. But the reality, as locals pointed out, is different. Pollution, particularly from plastic, is becoming a menace for fishermen, said Pabitra Mondal, a resident of Gosaba block in Sunderbans.

“Pollution and other factors have critically affected the biodiversity of the rivers. For example, Jalangi has lost six fish species in the last few decades,” said Supratim Karmakar, a river researcher.

Political priority a must

Rivers, water bodies and wetlands have been systematically infringed upon in the state, often with politicians’ tacit support, green activists alleged.

“Illegal encroachment to rampant sand mining, rivers in the state is being violated regularly, often with the overt or covert support of politicians,” said Biswajit Mukherjee, former chief law officer, state environment department and green activist.

Though National Green Tribunal (NGT) ordered state pollution control board (PCB) to work on pollution abatement and restoration of 17 rivers, no action has been taken, alleged Sasanka Dev, a DMF member.

“We have submitted the pollution abatement plans for most rivers to NGT while others are in pipeline, but we have no role in execution,” said Kalyan Rudra, chairman of state PCB.

A senior PCB official, however, said huge fund allocation will be required for implementation of the plans but he has no clue where the money will come from.

A number of demands emerged from the meeting that the green platform plans to take up with politicians and the new government:

Some of the major demands include:

Sabuj Mancha will soon approach political parties with their demands to urge them to be included in their agenda, said Dutta.