The water levels in Indian reservoirs are at levels lower than they have been in nearly a decade, and as the summer approaches, it looks like it will be a hot one, with little relief 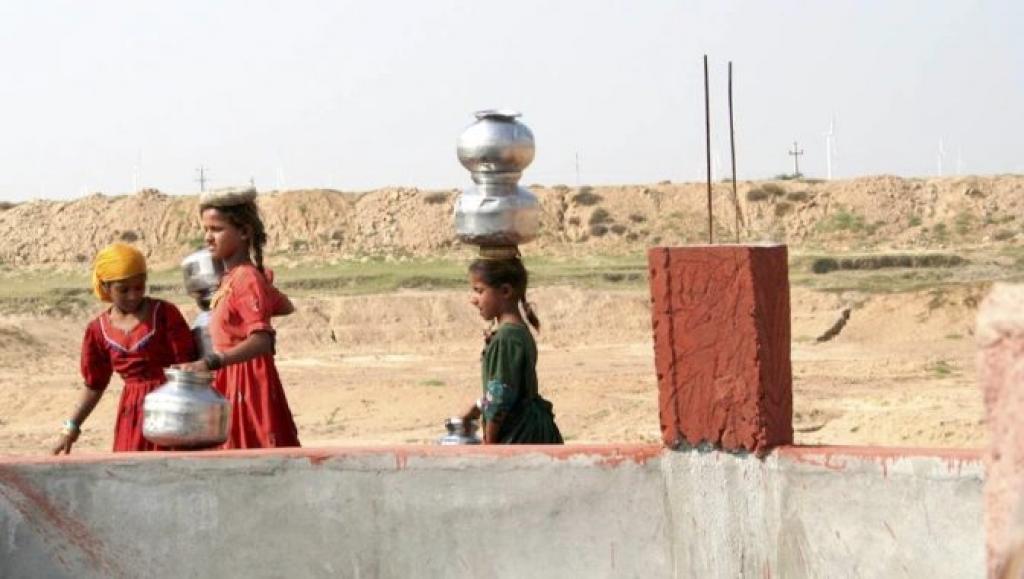 The omens for this summer are bad in South Asia. Afghanistan received the lowest snowfall in years, spiking fears of a drought. In Pakistan temperatures have touched 44 degrees C in a number of places, and the water levels at its two major reservoirs have been at ‘dead levels’ since February 22. But, as William Young of the World Bank writes, Pakistan’s reservoir levels are not necessarily that important for its water security. In India, though, it is a big deal.

India is staring at a water crisis this summer. With the heat setting in earlier than usual in many parts of the country, water storage at major reservoirs have plummeted to critical lows at a time when the Met department has predicted higher than usual temperatures across India from March to June, before the monsoon rains offer any relief.

Water storage in 91 major reservoirs of the country in the week ended March 15, the latest period for which data is available, was a mere 32% of their total storage capacity, according to the Central Water Commission (CWC). This was 12% lower than the storage in the same period last year and almost 10% lower than the average of the past 10 years, the government agency has said in a statement.

The India Meteorological Department (IMD) has predicted that summer could be particularly severe in 2018, and temperatures could be 0.5 to 1 degree Celsius higher than the long-term average. The states of Jammu and Kashmir, Punjab, Himachal Pradesh, Rajasthan, Uttarakhand, Uttar Pradesh, Madhya Pradesh, Gujarat and Arunachal Pradesh are expected to face a harsh summer, with spikes in mean seasonal temperatures likely to be greater than 1 degree Celsius, IMD said. Tamil Nadu, Karnataka and parts of Andhra Pradesh could see temperatures rise between 0.5 degrees Celsius and 1 degree Celsius from their long-term averages.

Temperatures in some parts of the country such as the Konkan region on the west coast and Bundelkhand in central India have already risen so much that IMD declared heat wave warnings before summer has truly set in. The IMD has predicted that there is a 52% probability that maximum temperatures in the core heat wave zone during the period of March to May will touch their peak this year. It means India might see a lot of heat waves in the coming months.

The high temperatures combined with low water availability could spell a crisis in most parts of the country. Water storage in reservoirs in the southern and northern regions is at 25% and 23%, respectively, of the total live storage capacity, CWC said. “States need to show prudence in water management,” CWC Chairman S. Masood Husain was quoted as saying in a media report.

The low level of water in the reservoirs in all the five regions of the country is mainly due to the more than 60% shortfall in winter rains in January and February, according to data available with the IMD.

The deficient rains have also resulted in a fall in the availability of water in almost all river basins in the country. In the Ganga basin, water has declined by 16.5%, and the Narmada basin has seen a fall of about 13%, official data show. The situation in the Narmada basin is so dire that authorities have stopped releasing water for irrigation from the Sardar Sarovar Dam on March 15, and have advised farmers in water-parched Gujarat not to sow any early summer crop.

The crisis of water may not be limited to the farm sector this year. Rapid groundwater depletion around many of India’s cities also presents a depressing picture. The southern city of Bengaluru, for instance, is likely to face a Day Zero — when water taps begin to run dry, a situation that Cape Town in South Africa has narrowly avoided — the Centre for Science and Environment (CSE), a New Delhi based think tank, said a day ahead of the World Water Day observed on March 22.

“Be it Cape Town, Bengaluru or Chennai, there isn’t much difference between these cities – they are all witnessing a common present,” CSE’s Director General Sunita Narain said in a statement. “The important question to ask is whether these cities can create and move toward a common future that is water secure because it is water-wise.”

Water wisdom seems to be still lacking in the country. The depletion of water levels before the onset of summer, right when it is needed, is not a new phenomenon in the country. In 2016, water levels dipped alarmingly in India’s reservoirs, which hit electricity production as well, besides posing problems for irrigation in farms and drinking water needs.

(The story was first published on the official webite of thethirdpole.net)