The small village got ownership and management rights of the three village ponds in 2011, 70 years after its independence 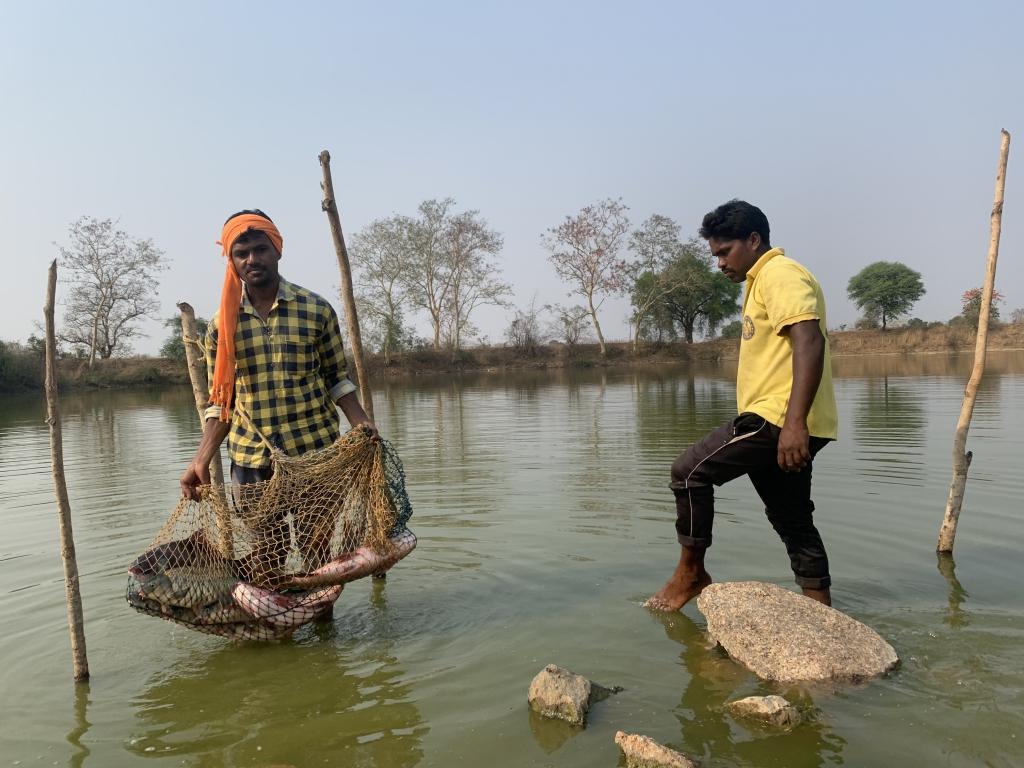 The villagers of Dongartamashi in Gadchiroli, Maharashtra, got ownership of the three ponds in their village in 2011, under the Scheduled Tribes and Other Traditional Forest Dwellers (Recognition of Forest Rights) Act, 2006. In the decade since, the tiny village of about 60 families was flush with profits, mostly from high fish yield.

The impact of the windfall was visibe across sectors like education, agriculture, water water availability. And today, the profits even contribute to paying for tents and music at their weddings.

“We sell the fish to the residents of our village at Rs 100 per kilogram and to others at Rs150 per kg. The money is kept with the Gram Sabha. Since 2013, every year we sell around 15-20 quintals of fish and the village earns around Rs 3-4 lakh,” said Manik Kisan Masram, a member of the community forest rights (CFR) management committee.

This was possible because of the Scheduled Tribes and Other Traditional Forest Dwellers (Recognition of Forest Rights) Act, 2006, also known as FRA.

The Gondia district was historically part of the region ruled over by Gond kings and then by the Bhonsle dynasty of Nagpur. Both the dynasties, according to historian Bhangya Bhukya, professor of history at the University of Hyderabad, laid special emphasis on creating water conservation structures like ponds and tanks in the area.

These are the same ponds that villages still use today, although new tank and ponds have also been constructed in the region, especially under Mahatma Gandhi National Rural Employment Guarantee Act, 2005.

When this area was still part of the Central Province, the Madhya Bharat Zamindari Abolition Act, 1951 transferred the ownership of these ponds to the irrigation department.

While the villagers had usufruct rights over these ponds to use water for irrigation, the government department auctioned off the fish.

The coming of FRA changed this and with it, the financial status of the village.

“The idea was that if there are forests, there will be water in the ponds and if there is water in the ponds, then agriculture will be possible in the village,” said Dilip Gode, executive director of Vidarbha Nature Conservation Society (VNCS), a Nagpur-based non-profit.

Once the Gram Sabha had the ownership over the pond, they created a management plan in 2013 for their CFR area with the help of VNCS in 2013. Activities like de-siltation and deepening were listed in the plan.

“The de-siltation activity was undertaken with funds from private companies under Corporate Social Responsibility and the Gram Sabha,” said Gode.

The development work increased the water availability in the village and the fish yield.

“With more water availability, the agricultural yield on my two-acre field has increased to 12-13 quintals from 5-6 quintals. I am making Rs 30,000 more every year,” said Dhanjaay Yaswant Madawe. His children now go to a private school instead of the government’s Adivasi Ashram school, he added proudly.

The success of the fish sale prompted the villagers to set up a Macchi Beej Kendra (fish egg centre) in 2015.

“We used the money from the fish sales to set up the beej kendra. Every year, we sell around 300 kilograms of fish eggs for other cultivators and we charge around Rs 500 per kg,” said Mesram.

The Dongartamashi Gram Sabha has also constructed a tank along a nearby river and a pipeline from there to the pond to recharge water, all at its own expense.

“Ownership rights for over 150 ponds have been given in around 90 villages in Gondia and Gadchiroli districts, and in all of those villages, lives of people have improved,” said Gode.