These cities would have to build ‘resilience’ if they were to manage such scarcity, the nonprofit said 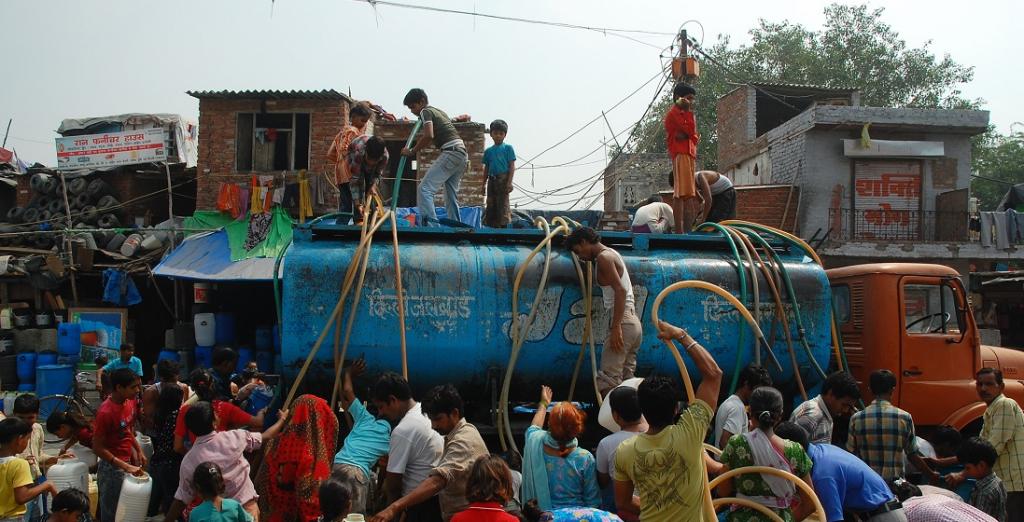 The WWF report listed 30 Indian cities among a total 100 that would face grave water risk by 2050. Photo: Sayantan Bera / CSE

A hundred cities worldwide, including 30 in India, face the risk of ‘severe water scarcity’ by 2050, according to a recent report by World Wide Fund for Nature (WWF)

The cities would face a ‘grave water risk’ by 2050 due to a dramatic increase in their population percentage to 51 per cent by 2050, from 17 per cent in 2020, according to a press statement by WWF-India.

Thirty Indian cities are also included in the list.

More than half of the identified cities are from China and India.

Cities needed to invest more in nature-based solutions and enhance the health of river basins, watersheds and wetlands to build resilience to water risks, WWF Global Water Stewardship Lead, Alexis Morgan, was quoted in the statement.

To manage these initiatives, a public funding pool needed to be created in collaboration with the private sector to invest, reduce risk and generate returns and fuel sustainable economic growth.

The future of India was in its cities, Sejal Worah, programme director, WWF-India, was quoted as saying in the press statement. The need for sustainable growth would only increase with the increase in urbanisation.

To re-evolve and re-imagine their future, Indian cities needed to break away from the current set of issues by looking into developing more of nature-based solutions.

A lot of planning becomes impossible owing to the lack of data. The data available currently was at least a decade old and the reality of water availability and usage now was much different than that presented in the data, WWF said.

While a lot of initiatives taken by government were based on old data, the simulation that WWF had designed could help cities and its stakeholders plan better, the non-profit added.