African cheetahs in Kuno-Palpur: Have we assessed disease risks well 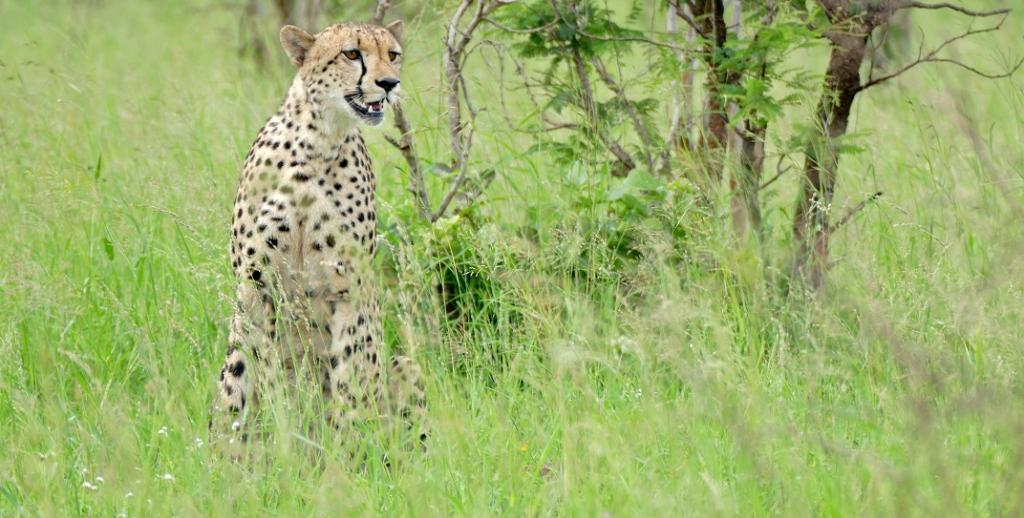 The forest minister of Madhya Pradesh had announced in July that 10 male and 10 female cheetahs will be flown from South Africa to Gwalior in two phases in November. They will then be sent by road to the Kuno-Palpur Wildlife Sanctuary, he added.

Cheetahs were declared extinct in India in 1952 after extensive hunting wiped out their populations. The Supreme Court in January last year, ordered that:

African cheetahs should be introduced on an experimental basis in a careful [sic] chosen habitat and nurtured to see whether it can adapt to the Indian conditions.

The order was passed in response to an application filed by the National Tiger Conservation Authority (NTCA) seeking permission to “introduce cheetahs from Africa to suitable sites in India”. As of now, it seems like Kuno-Palpur is the site finalised for the plan.

Experts have routinely flagged concerns like viability, necessity and cost associated with the cheetah re-introduction plan. However, an under-discussed issue is disease risk.

Diligence is essentially the top priority to ensure that the 20 cheetahs are healthy and to minimise the risk of introducing a new pathogen into the Kuno landscape.

According to re-introduction guidelines by the International Union for Conservation of Nature (IUCN), “no translocated organisms can be entirely free of infection with micro-organisms or parasites, with consequent risk of their spread.” Hence, the guideline states, disease risk assessment should ideally begin at the planning stage.

Karthikeyan Vasudevan, a scientist at Laboratory for the Conservation of Endangered Species (LaCONES), Centre for Cellular and Molecular Biology, Hyderabad, pointed to ‘stressors’ during transit which can increase the possibility of disease spread.

“You bring animals in by flight or ships and then keep them in completely strange environments …  these can act as triggers which amplify subliminal infections,” he said.

The IUCN guidelines too note that the process of disease development may be “promoted by the stress of unfamiliar or unnatural conditions of confinement, especially during the translocation process.”

This could occur because of a host of reasons like poor transport containers, inadequate disease prevention protocols and long durations of travel.

As with any other carnivore in India, (the 20 cheetahs) will likely be exposed to CDV (canine distemper virus) from free-ranging domestic dogs as well as diseases such as feline infectious peritonitis and infection from the feline leukaemia virus, particularly under captive conditions.

Feline infectious peritonitis virus circulates in domestic and feral cat populations and, like CDV, it is a risk to the individuals that are being introduced.

But what makes the problem particularly worse is the fact that India does not have baseline data about the prevalence of this virus in cat populations in the country.

Belsare said the possibility of the 20 cheetahs being infected with diseases prevalent in the Kuno landscape is “an important consideration”. But unfortunately, India does not have enough baseline info for potential spillover pathogens.

The 20 cheetahs could also pose a risk of diseases such as prion disease to other animals in the Kuno landscape, Vasudevan said. He noted that assessments ought to be made to know whether livestock in Kuno could affected by prion disease.

SP Yadav, member secretary at the National Tiger Conservation Authority (NTCA) said the re-introduction programme “will take all measures of disease screening of animals being brought into India as well as vaccinate them against diseases prevalent in India.”

He said the 20 cheetahs will be specifically vaccinated against CDV.

This reporter asked him about risks from other diseases like feline infectious peritonitis and infection from feline leukaemia virus. “Competent international veterinarians are involved in the cheetah re-introduction,” he said.

These veterinarians will decide on “an array of vaccinations to be given to the cheetahs before transportation to India as well as the screening required before export to India,” Yadav added.

India needs thorough disease screening processes and protocols for managing threats from infections as part of the cheetah re-introduction plans. This is especially so, IUCN guidelines state, when the distance between source and destination sites (South Africa and India, in this case) is substantial.

Putting in place such processes and protocols “may take longer than the time stipulated for the scheduled arrival and release of the cheetahs but it is necessary,” Vasudevan said.

Also, such processes and protocols ought to be designed for the long-term. While the initial stages of the re-introduction programme may be relatively risk free, “as populations become free-ranging and potentially increase contact with human-dominated landscapes, the risks of contracting disease from domestic animals will also increase,” Vanak said.