Earth is losing species at an unprecedented rate; This marks the beginning of the Anthropocene Epoch, a self-aggrandising nomenclature that highlights our disproportionate and irreversible impacts on the surroundings

This is the first part in a four-part series. 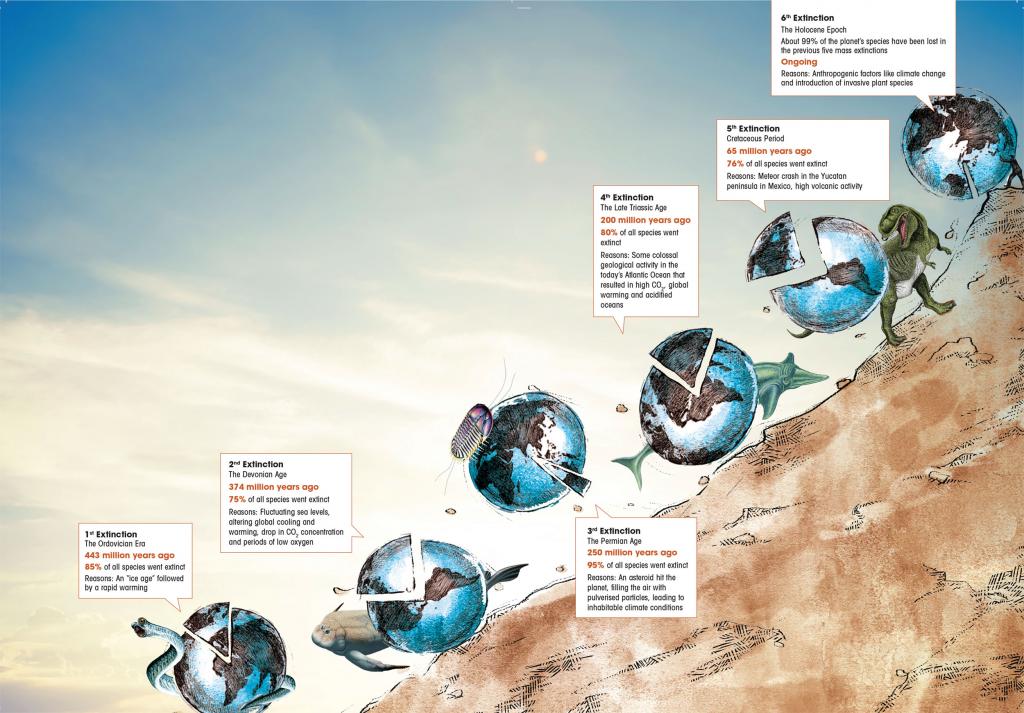 My growing-up years on the banks of the Mahanadi — one of the planet’s oldest rivers, flowing for the last 160 million years through the land we now call Odisha — offered more ecological and geological experiences than I would encounter later in life. As I jog my memory, it becomes clear that our lives were marked, in fact, dictated, by ecological indicators.

Every tree, every creature, even the speed and direction of the wind, declared the arrival and departure of something.

When the dragonflies swarmed around in September, we rejoiced at the arrival of the winter festival season. In the post-monsoon season, around every puddle of water, or wetland, they had their merry world. Just before this, when the damselflies flew around our house, it was time for the monsoon.

Old umbrellas were dusted and sent to a mechanic for repairs, and people thronged the market to stock onion and potato — the two staple foods to be consumed during the food-lean monsoon season. We accepted these as natural cycles. One can say there was a rhythm in our natural living.

In the many excursions along the river, which included mandatory open-defecation sessions, a particular dung beetle, emerging from nowhere, pursued our droppings with uncanny precision. Maybe this specific beetle had not developed a taste for cattle dung, we inferred.

Soon, hundreds of them would start rolling balls of our shit to eat and for propagation of their species. The shit balls are of great nutritional value to them and are preserved for future use as well. They are also a safe place for their partner to lay eggs in, again, with plenty of food for the nourishing mother.

Later, I found out that dung beetles use the Milky Way as a navigator to locate human localities — all to satiate their taste for our excreta.

These experiences are part of the complex ecosystem of Earth, where every existence has a reason and is rational. The latter is critical because in the ecosystem, an existential rational means an interdependence that intertwines species to hold the existing system together collectively.

Each has an ecosystem service for the other that has evolved with them over billions of years, as they carved out their own society or ecological niche. If one fails, the other stutters.

On December 9 last year, I mourned when an assessment by the International Union for Conservation of Nature (IUCN) on dragonflies and damselflies revealed that “16% out of 6,016 species are at risk of extinction”.In South and Southeast Asia, which includes India, the situation is even worse because a quarter of all species are under threat of extinction. When I was home for the “winter festival season” last year, I did feel the absence of the swarms of these two species. IUCN attributes this extinction of small creatures to the fast-declining freshwater breeding grounds. It means, the decline is due to rapid urbanisation and clearing of wetlands and rainforests to make way for cash crops. “Globally, these ecosystems are disappearing three times faster than forests,” said Bruno Oberle, IUCN Director General, while releasing the assessment. “Marshes and other wetlands may seem unproductive and inhospitable to humans, but in fact they provide us with essential services. They store carbon, give us clean water and food, protect us from floods, as well as offer habitats for one in ten of the world’s known species.”

The existential threat faced by dragonfly is a cause of concern for all of the planet’s 8.1 million species. With this assessment of the extinction of dragonflies, IUCN said, “the number of species at risk of extinction on the Red List has exceeded 40,000 for the first time.” The IUCN Red List now includes 142,577 species of which 40,084 (or 28 per cent) are under threat of extinction. 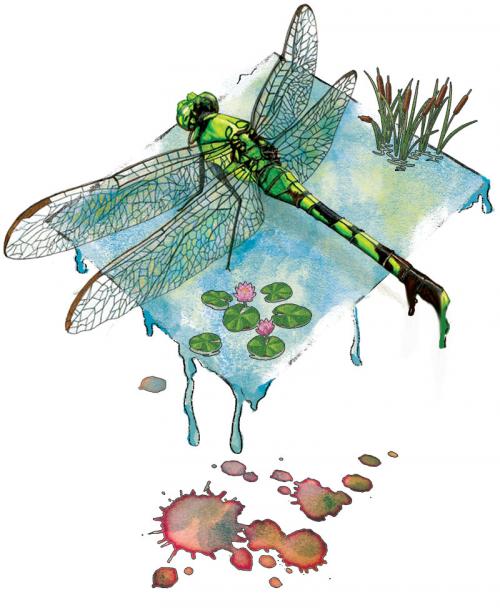 The planet is losing species at unprecedented rates, with thousands likely to go extinct within decades

Evolution and extinction are intimately linked to each other, but never before have we witnessed such a rapid change in biodiversity. “TheGlobal Assessment Report on Biodiversity and Ecosystem Services”, the first such by the Intergovernmental Science-Policy Platform on Biodiversity and Ecosystem Services (IPBES) released in 2019, shows that the current rate and scale of extinction is unprecedented and is being caused majorly by humans. The IPBES assessment says that 1 million animal and plant species face extinction and thousands of these would become extinct within decades. About 40 per cent of the planet’s amphibian species are threatened with extinction. Since 1900, the number of native species in most of the land-based habitats has declined by 20 per cent.

Robert Cowie, research professor at the Pacific Biosciences Research Center, at the University of Hawaii in Manoa, along with other scientists, in January this year brought out a massive assessment of the state of invertebrates that constitute 95 per cent of the known animal species. Cowie and his collaborators found that since the year 1500, “Earth could already have lost between 7.5 and 13% of the two million known species on Earth—a staggering 150,000 to 260,000 species.”

The World Wildlife Fund’s (WWF’s) “Living Planet Report 2020” says the Asia Pacific region lost 45 per cent of its vertebrate population in four-and-half decades, while the average global loss is 68 per cent. The biennial report, prepared jointly by WWF and Zoological Society of London, is based on the global dataset analysed between 1970 and 2016. The report has tracked almost 21,000 populations of mammals, birds, fish and reptiles globally to reach its conclusions. It showed the loss of vertebrate population was the highest in the Caribbean and Latin America (94 per cent), followed by Africa (65 per cent), with Europe and Central Asia showing the least loss (24 per cent).

The loss could be higher than the global average in India, which has lost 12 per cent of its wild mammals, 19 per cent of its amphibians and 3 per cent of its birds over the past five decades. Of about 0.1 million animal species, as recorded in the country till December 2019, about 6,800 are vertebrates. Among these, nearly 550 fall in the critically endangered, endangered and vulnerable categories, according to the Zoological Survey of India, the country’s premier organisation in zoological research and studies under the Union Ministry of Environment, Forest and Climate Change.

The “Living Planet Report 2020” points out five major reasons behind the biodiversity loss across the planet: changes in land and sea use (habitat loss and degradation), overexploitation of species, invasive species and disease, pollution and climate change. In the Asia Pacific region, including India that is experiencing loss of species higher than the global average, habitat degradation is the biggest trigger, followed by species overexploitation and invasive species and disease. The role of pollution and climate change was proportionately higher at 16 per cent.