Good while it lasted - III: Why this is a mass extinction

All evidence and calculations indicate a bleak situation for bio 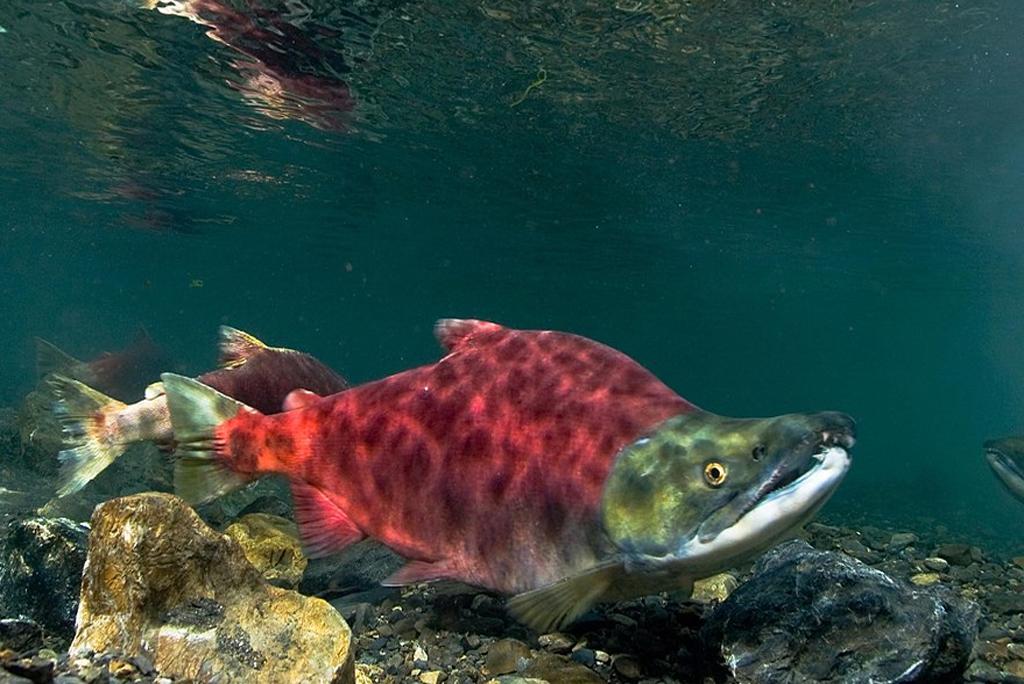 This is the third part in a four-part series. The first two can be read here and here. 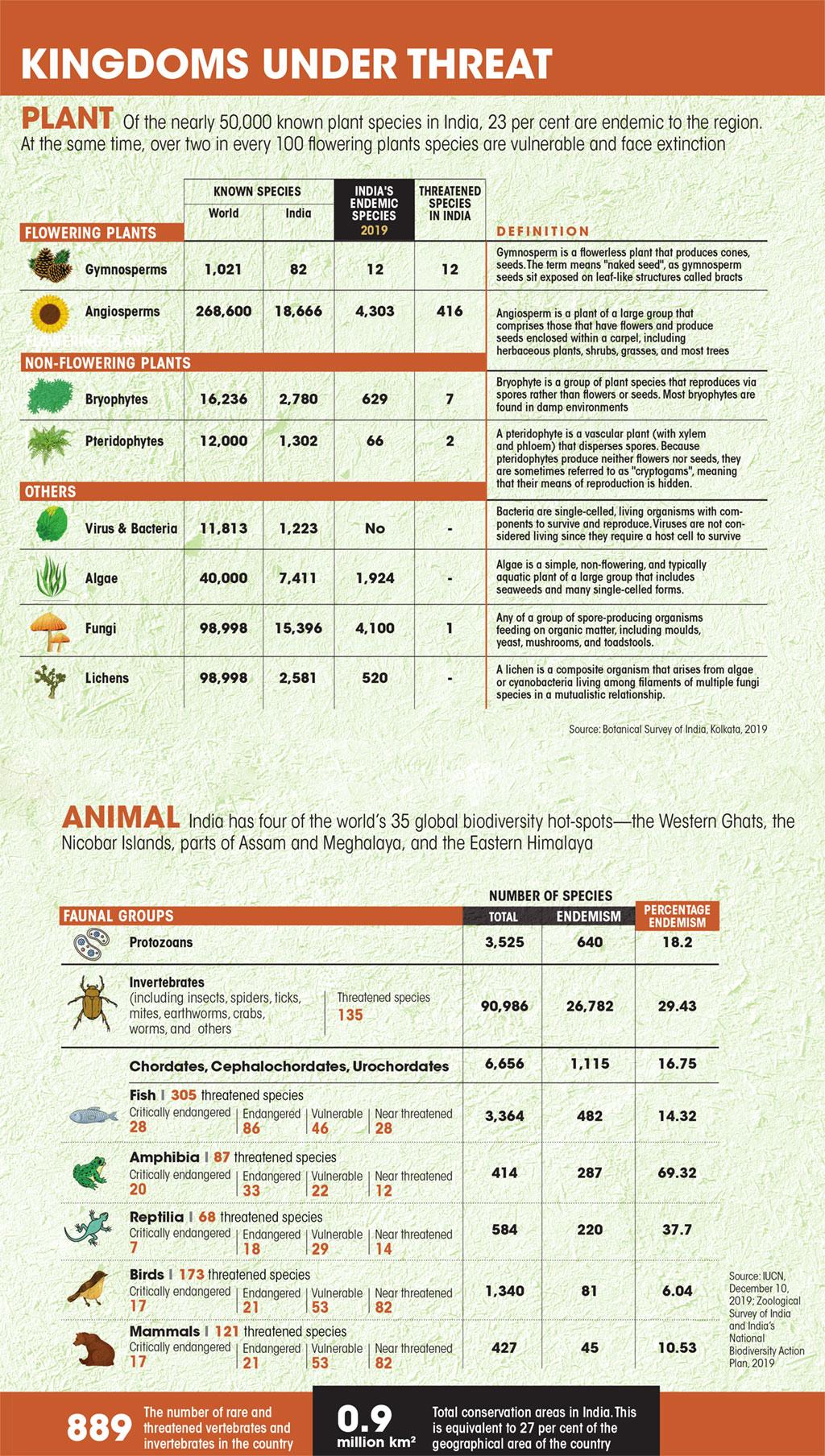 The history of life on Earth is a random collation of the evolution, multiplication and extinction of new species. Of the 4 billion species that have evolved over the last 3.5 billion years, some 99 per cent have disappeared in a series of extinctions, estimates Michael Novacek, senior vice president and provost of science at the American Museum of Natural History, in his 2001 research book The Biodiversity Crisis: Losing What Counts. New species have evolved after each bout of mass extinction.

Scientists have tracked extinctions since the Cambrian period that began some 540 million years ago, when life forms diversified exponentially triggering the start of what we now call biodiversity. The Earth has experienced five mass extinctions so far; one every 100 million years on average. Each extinction period has lasted from 50,000 to 2.76 million years.

Does this mean, we are currently experiencing the sixth mass extinction? Robert Cowie believes so. “Drastically increased rates of species extinctions and declining abundances of many animal and plant populations are well documented, yet some deny that these phenomena amount to mass extinction,” he said when his January study was published. In the 1980s, scientists defined mass extinction as “any substantial increase in the amount of extinction (lineage termination) suffered by more than one geographically wide-spread higher taxon during a relatively short interval of geologic time, resulting in an at least temporary decline in their standing diversity”. The “short interval of geologic time” is further defined as a period less than 2.8 million years.

Fossil records of earlier species and extinction studies suggest a species exists for around 1 million years before it goes extinct. This is called the background extinction rate, and is expressed as “one species extinction per million species-years”. It is used to establish whether an extinction rate is unusual or faster. “If we use the same approach to estimate today’s extinctions per million species-years, we come up with a rate that is between 10 and 10,000 times higher than the background rate,” academics Frédérik Saltré and Corey J A Bradshaw of Flinders University, Australia, say in a 2019 article in The Conversation. Some scientific studies infer that given the current rapid rates, a mass extinction period could also be reached in just 240 to 540 years. The ongoing sixth mass extinction is different from the previous events. While the earlier extinction periods were triggered by the planet’s warming, the ice age or even volcanic eruptions, the current one is being driven by just one species—Homo sapiens, or us.

In 2017, some 15,364 scientist signatories from 184 countries warned in a paper in the journal BioScience that humans had unleashed the sixth mass extinction “wherein many current life forms could be annihilated or at least committed to extinction by the end of this century”. From an evolutionary perspective, this phase is not just drastic but also unique, for the simple fact that it revolves around one super colonising species.

Evolutionary scientists say the “age of humans” or the Anthropocene (Anthropos is Greek for human and -cene is a substantial geological time period within the current 66-million-year-old Cenozoic era) is the third and fundamentally new stage of evolution for the planet. Simple single-cell microbial organisms were at the core of the first stage of evolution, spanning over 3.5 billion to 650 million years ago. The second stage started some 540 million years ago with multi-cellular life springing widespread biodiversity. The third stage is all about the Homo sapiens that have not only colonised the planet but have also decided which species and diversity will survive and thrive here. Our species are now distributed across the globe and our user-centric existence has led to hominisation of flora and fauna.

This becomes clear from a recent census of the biomass on Earth. The one-of-its-kind exercise was conducted in 2018 by scientists Ron Milo and Yinon M Bar-On of Israel’s Weizmann Institute of Science, and Rob Phillips of the California Institute of Technology, US. The census involved deciphering the composition of the 550 gigatonnes of biomass distributed across all kingdoms of life on Earth.

The results not only highlighted the devastating changes in the planet’s biodiversity but also brought out the impacts of the Anthropocene. “It is definitely striking, our disproportionate place on Earth,” Milo had said at the time. According to the census, the 7.6 billion humans account for just 0.01 per cent of all biomass on Earth. In contrast, bacteria account for 13 per cent of the total biomass; plants 82 per cent and all other forms of life just around 5 per cent.

The census also attributes humans to the annihilation of 83 per cent of all wild mammals and half of all plants. Of the birds left in the world, 70 per cent are poultry chickens and other farmed birds. And of all the mammals, 60 per cent are livestock (cattle and pigs), 36 per cent are humans, and a mere 4 per cent are wild, it says.