With understaffed forest departments and the lack of qualified wildlife veterinarians, the cause for 55 per cent of tiger deaths remains unknown 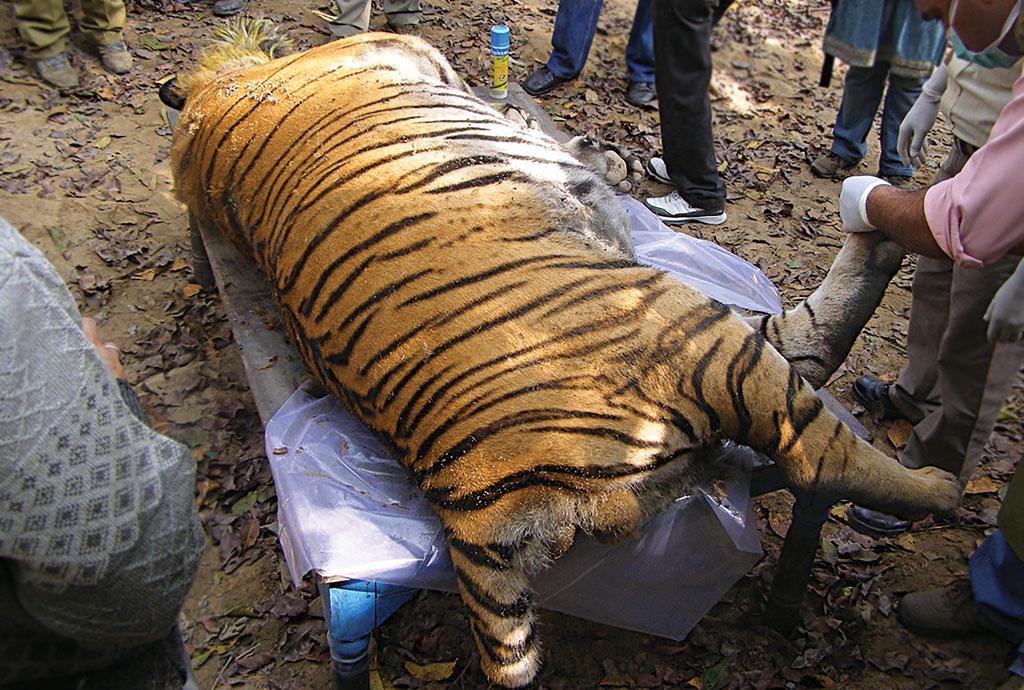 The National Tiger Conservation Authority in 2012 issued an advisory asking state forest departments to treat every death of the big cat as a case of poaching, unless proven otherwise (Source: Wild tiger watch )

In August this year, when the National Tiger Conservation Authority (NTCA) released tiger mortality figures for the first eight months of the year, the 42 tiger deaths made headlines. But tiger experts say the figure is no cause for worry. “Going by India’s tiger population, 42 deaths this year is not something one needs to panic about,” says conservation zoologist K Ullas Karanth. However, experts say the real worry is that in a large number of cases, the cause of death has not been ascertained, and understanding the reason for tiger deaths is crucial in drawing out effective conservation plans.

Since 2010, 339 tiger deaths have been recorded in the country. According to government data, precise reasons for the deaths have not been ascertained for nearly two-thirds of these cases (see ‘Off the mark!’). Of the tiger mortalities registered this year alone, reasons for deaths are not known for 55 per cent of the cases. Experts say that the current predicament is due to the shortage of animal forensic laboratories.

In 2012, NTCA had issued an advisory asking state forest departments to treat every death of the big cat as a case of poaching, unless proven otherwise. The advisory was issued to ensure that officials do not attribute each and every mortality to “natural causes”. According to a standard operating procedure issued by the NTCA, every tiger death has to be investigated. The procedure requires officials to promptly recover the tiger carcass, collect evidence and photograph the scene. The carcass then has to be sent for post-mortem and visceral samples need to be sent to recognised laboratories for DNA profiling and histopathological tests. Before disposing off the carcass, the post-mortem report has to be finalised and sent to the Chief Wildlife Warden and an intimation has to be sent to the NTCA. If the post-mortem report is still being prepared, a preliminary report has to be sent immediately.

“A detailed forensic examination is necessary when the cause of death seems suspicious. But unfortunately there are very few laboratories in India,” says Shekhar Kumar Niraj, head of TRAFFIC, the wildlife trade monitoring network. Over 3,000 court cases pertaining to tiger poaching are pending today because of delay in laboratory examinations, adds Niraj.

According to NTCA officials, India has four authorised laboratories to conduct DNA profiling and histopathological tests. They are the Wildlife Institute of India (WII) in Dehradun, the Centre for Cellular & Molecular Biology in Hyderabad, the National Centre for Biological Sciences, Bengaluru, and Aaranyak, a lab managed by a non-profit in Guwahati that works in tandem with the state government.

The other problem is carrying out forensic examinations quickly because the carcass starts to decompose within hours of death. Spotting a tiger carcass quickly and carrying out preliminary investigation is crucial for understanding the reason for death. In less than four days, the carcass is not recognisable, say experts. But the chances of forest guards spotting a carcass within this time frame are slim. “A lot of mortality cases fall under this category,” says Karanth.

The country has only a few qualified wildlife veterinarians to carry out post-mortems. As a result, most of the post-mortems are done by livestock veterinarians. “The quality of post-mortem examination by an average livestock veterinarian can be quite off the mark,” says Karanth. He adds that often post-mortems are facilitated by representatives from local non-profits who are enthusiasts with no expert knowledge. “Post-mortems should be carried out by people who not only have veterinary expertise, but also knowledge about tiger biology to judge the age of the tiger from its teeth wear and discolouration,” he says.

A senior NTCA official says that since the causes of death in two-thirds of the cases remain a mystery, identifying poaching areas becomes difficult. Wildlife trafficking experts say that only one in five cases of poaching, the culprit is apprehended. And even in the cases where possible poachers are caught, the case gets weakened because of the delays in forensic examination. “If we get the forensic reports indicating poaching, we can strengthen our forces and focus in those areas,” says the official.