Survival of rarest birds found in eastern Himalayas at risk

Deforestation, shifting cultivation and conversion of forests for plantations have led to massive loss of forests

The Pale-capped pigeon (left) is only found in Arunachal pradesh and Indian Pitta (right) can be spotted during summer after which it mitigates to southern India and Sri Lanka in the winter. 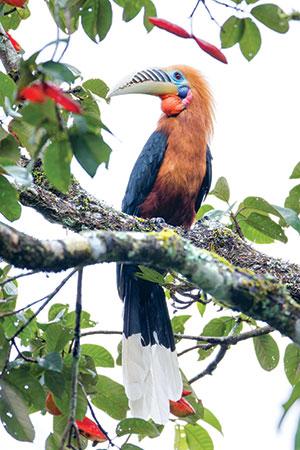 When you think of the Himalayas, snow-capped peaks, picturesque nature treks and popular tourist spots come to the mind. But the eastern Himalayan region — comprising Sikkim, the Himalayan and the sub-Himalayan regions of West Bengal and Arunachal Pradesh, and neighbouring Bhutan — is also home to a great diversity of the avian species.

Birds such as the Indian Pitta (Pitta brachyura) and the Brown-breasted Flycatcher (Muscicapa muttui), which migrate to southern India and Sri Lanka in the winter, can be spotted here during the summer season.

As many as 814 species are found in this “sparsely populated” region of Asia, according to a book, Birds of Bhutan and Eastern Himalayas published by Bloomsbury India.

THE EASTERN HIMALAYAS have a “steep and complex” topography. Here, the majestic mountains rise from about 150 metres to above 8,000 metres. Some of the greatest rivers crisscross the region — the Brahmaputra and its tributaries, the Tista and the Manas.

Aided by a range of climatic conditions — arctic, sub-arctic, temperate, subtropical and tropical — a wide range of birds thrive. The foothills and the low-lying areas along the tempestuous Brahmaputra are rich in tropical mixed evergreen and semi-evergreen forests for up to 1,000 metres.

Extending up to 2,000 metres are also sub-tropical evergreen forests. Besides, deciduous trees like the silk cotton or the Bombax ceiba also dot the landscape.

In these forests, naturalists and bird lovers can spot the globally threatened Rufous-necked Hornbill (Aceros nipalensis) and the Pale-capped Pigeon (Columba punicea). The latter is found only in Arunachal Pradesh. Then there is the Beautiful nuthatch (Sitta formosa), which breeds in subtropical broadleaved forests. It is also on the Red List of the International Union for Conservation of Nature.

The eastern Himalayas have an exceptionally diverse avifauna due to a number of factors. Monsoon showers bring a substantial amount of rainfall to the region. On the other hand, there is also the rain-shadow effect in the northern slopes of the Himalayas, which results in desert-like conditions in the Tibetan Plateau.

This topographic diversity is further enhanced by low-lying floodplains of the Brahmaputra valley and the steep mountains. Besides the regular occurrence of 814 species, there are an additional 100 vagrants as well as migrants.

“However, as far as I know there is no competition between the resident and migrant birds in the region,” says Carol Inskipp, a co-author of the book.

The authors conclude that new species are yet to be discovered. That’s because the region is far from the madding crowd. It has not been travelled much due to its rugged terrain and limited transport facilities.

Compared to the rest of the Indian subcontinent, the region is sparsely populated. Therefore, forest cover remains high with 47 per cent in Sikkim, 71 per cent in Bhutan and 81 per cent in Arunachal Pradesh.

Still, there is considerable deforestation for want of fuelwood, timber and livestock fodder. Shifting cultivation and conversion of forests for plantations have also led to massive loss of forests. Moreover, wetlands and grasslands are threatened due to fragmentation and degradation due to unsustainable agricultural practices. Hydropower dams and the spread of water hyacinth or Eichhornia are damaging river ecosystems. Such disturbances threaten the White-bellied Heron (Ardea insignis). 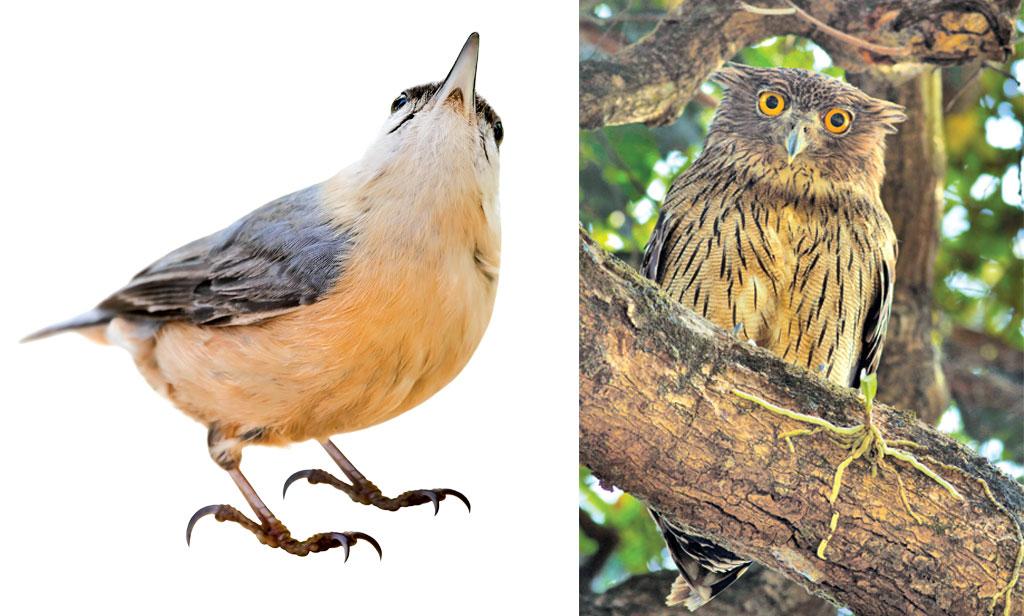 With multiple threats facing the avian species, conservation is of utmost importance. Though the religious beliefs enshrined in Hinduism and Buddhism seek to conserve birds, hunting and trapping are prevalent among tribal communities of Arunachal Pradesh, both for food and ornamental uses.

The feathers of Sclater’s monal (Lophophorus sclateri) are used for making fans and the casque of Rufous-necked Hornbill is used in headgear.

Sacred places like temples and groves have helped protect the birds to a great extent. According to Sherub, one of the authors, “Sacred groves are an important refuge for some bird species, especially those that feed, roost and breed in mature trees, such as large owls like the Brown Wood-Owl (Strix leptogrammica) or the Brown Fish-Owl (Ketupa zeylonensis).”

However, the shrub and herb layers of groves are often unprotected, and so birds frequenting this habitat, such as many babbler species, have little to benefit.

This unique habitat needs the immediate attention of conservationists. “Protecting these rare birds is the responsibility of ornithologists, bird watchers and tourists,” say the authors.

For instance, photographers, who approach the birds too closely, cause disturbance. In some cases, this has even caused breeding failures, say the authors. Unless steps are taken to preserve the quiet tranquility of the eastern Himalayas, the world’s rarest birds will simply fly away.