Transportation for pollination causing spread of deadly disease in bees

Researchers advocate keeping strict limits on the movement of bees 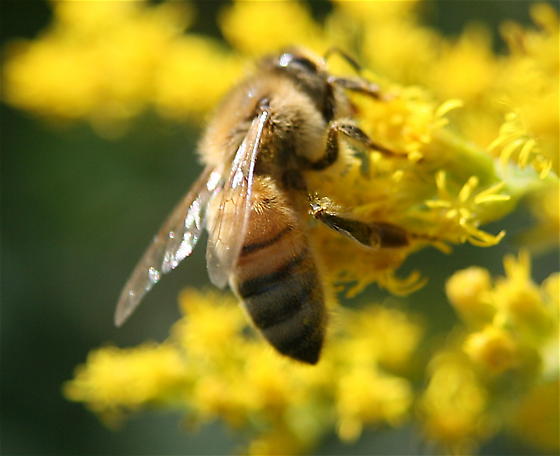 A deadly virus is infecting bee colonies worldwide causing bee populations to collapse, according to a new study. The Deformed Wing Virus, originally found in the European honeybee Apis mellifera, has spread worldwide due to human trade and transportation of bees for crop pollination, says the study by University of Exeter and University of California Berkeley.

Bee colonies have been plagued by colony collapse disorder for the past few decades. Such a decline in bee populations has serious implications for biodiversity, agriculture security, global economies and human health.

While the Deformed Wing Virus is not a major threat to bee colonies on its own, it becomes deadly when carried by the Varroa destructor mite, having wiped out millions of honeybees over the last few decades. Varroa mites feed on bee larvae and the virus kills grown bees, dealing a double blow to colonies.

The European honeybee is the most popular species used for pollination and large-scale agriculture. “This is the first study to conclude that Europe is the backbone of the global spread of the bee killing combination of Deformed Wing Virus and Varroa,” said lead author Lena Wilfert from Exeter’s Centre for Ecology and Conservation in a press release.

The researchers analysed sequence data of Deformed Wing Virus samples from honeybees and Varroa mites across the globe and also studied the occurrence of Varroa. They reconstructed the spread of Deformed Wing Virus using this information and found that the epidemic largely spread from Europe to North America, Australia and New Zealand. Some two-way movement between Europe and Asia was also found, but none between Asia and Australasia, as would be the case in a naturally transmitting virus.

“This demonstrates that the spread of this combination is largely manmade. If the spread was naturally occurring, we would expect to see transmission between countries that are close to each other, but we found that, for example, the New Zealand virus population originated in Europe. This significantly strengthens the theory that human transportation of bees is responsible for the spread of this devastating disease,” Wilfert added.

Other species suspected of transmitting the disease, including different species of honeybee, mite and bumblebees were also examined, but the team concluded that the European honeybee was the key transmitter.

Roger Butlin, a professor of evolutionary biology at the University of Sheffield, said, “Domesticated honeybee colonies are hugely important for our agriculture systems, but this study shows the risks of moving animals and plants around the world. The consequences can be devastating, both for domestic animals and for wildlife. The risk of introducing viruses or other pathogens is just one of many potential dangers.”

The researchers advocate keeping strict limits on the movement of bees, whether they are known to carry the Varroa mite or not. They have also cautioned beekeepers at all levels to take steps to control Varroa in their hives. There are fears that the viral disease may spread to wild pollinators.