‘Dead’ coral reefs support ‘cryptic’ animals — including fishes, snails, tiny crabs and worms — who hide under this rubble to save themselves from predation

More life can be supported by ‘dead’ coral rubble than live coral, according to a recent study. ‘Dead’ coral reefs supported ‘cryptic’ animals — hidden sea creatures, including fishes, snails, tiny crabs and worms — who hide under this rubble to save themselves from predation.

The general perception of life supported by ‘live’ coral reefs included larger invertebrates like starfish, giant clams and sea cucumbers, said Kenny Wolfe, a part of the research team from the University of Queensland (UQ), Australia.

‘Live’ coral reefs — considered among the most diverse ecosystems of the world — are under threat from rising temperatures, as they are sensitive to temperature changes.

Oceans are massive sinks for greenhouse gases and as they heat up, seawater chemistry changes, calcifying coral reefs, affecting their photosynthesis processes. When corals become stressed due to any changes, including pollution or warming, they can expel algae and get bleached, meaning the ‘death’ of the coral.

While ‘live’ coral reefs provide protection and nourishment to fish and other marine organisms, the role of reef rubble must not be overlooked, the study — published in journal Methods in Ecology and Evolution September 1, 2020 — pointed out.

“By sampling the RUBS’ structures over time, the team were able to identify changes in the cryptic population, adding pieces to the puzzle and filling in the unknowns of coral reef food webs,” said Wolfe. 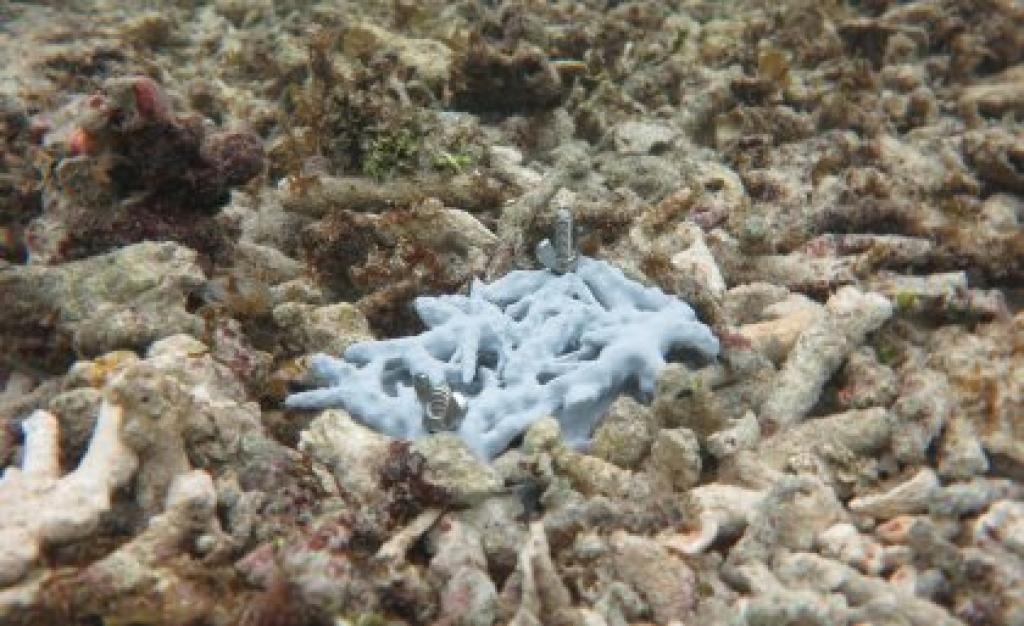 RUBS deployed in dead rubble habitat on a coral reef to attract the great diversity of cryptic animals. Photo: UQ

This method was, thus, another step to better understanding both, ‘alive’ and ‘dead’ coral reefs, according to Wolfe. It was important to understand “just how alive these ‘degraded’ reefs are,” he added.

Three mass bleaching events in 1998, 2010 and 2016 impacted five major coral reef regions in Andaman, Nicobar, Lakshadweep, Gulf of Mannar and Gulf of Kutch, all under the Indian Ocean itself. Similarly, a recent oil spill in Mauritius — that leaked more than 1,000 tonnes of fuel oil — can be responsible for the devastation of coral reefs around the island as well.

This technology by UQ researchers, thus, provides a new opportunity for reef management, particularly for reef education and awareness, according to Wolfe.

The study was a collaboration between UQ’s School of Biological Sciences and the ARC Centre of Excellence for Coral Reef Studies.