Bhitarkanika, a vast tract of forest and saltwater swamp, is home to at least 1,742 salt water crocodiles 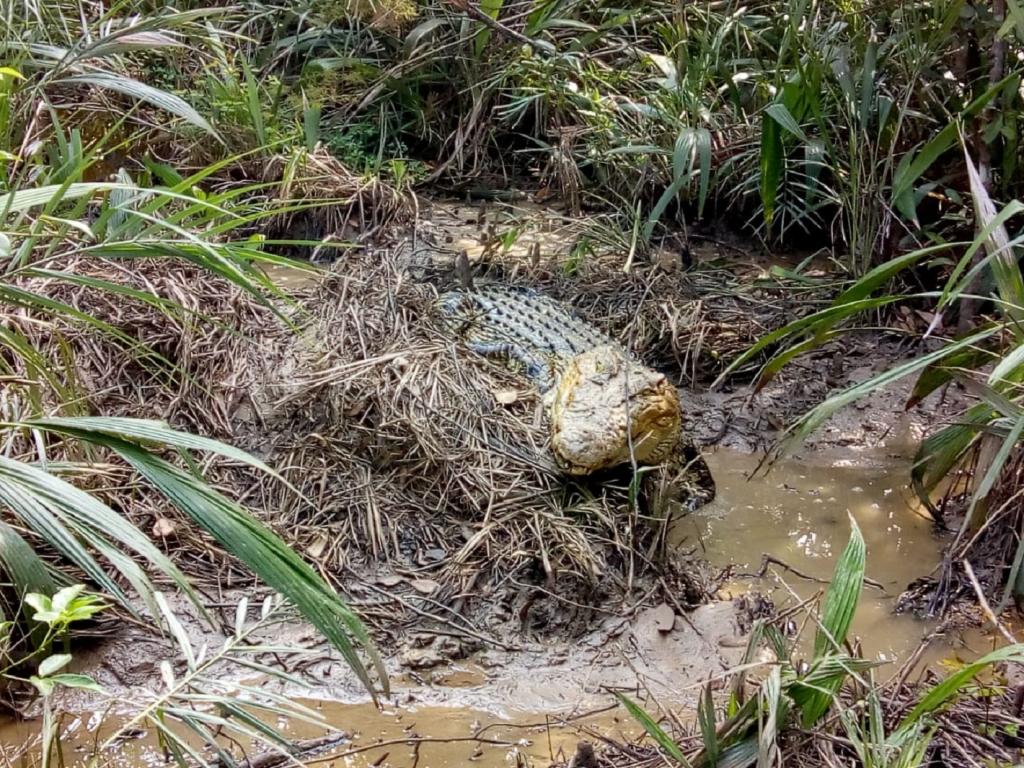 Around 35 nests of salt water crocodiles were spotted inside the mangrove forest in Odisha’s Bhitarkanika National Park by forest officials recently.

“We have already spotted 35 nesting sites and about 40-60 eggs were seen in each nesting site. Last year we found a record number of 101 crocodile nests. We are looking to find more over the next two weeks,” said  Subrata Patra, forest range officer at Bhitarkanika.

Many snakes, including king cobras and pythons have also laid eggs in the mangrove forests. Snakes prefer the dense mangroves and mud-walled houses in the nearby areas to lay eggs. “It’s not possible to count all of them as both snakes and crocodiles guard their nests and eggs zealously,” said the forest officer.

Every year, between May 1 and July 31, entry into the forest is banned to facilitate mating and breeding of crocodiles in the Park. Bhitarkanika — a vast tract of forest and saltwater swamp — is home to at least 1,742 salt water crocodiles, according to latest census figures.

“The crocodiles often turn aggressive during this period, hence, we erected barricades around about 40 ponds and river ghats to prevent them from attacking humans,” added the officer.

A single female crocodile typically lays a clutch of between 40 and 60 eggs that incubate for 80 and 90 days, around 40-50 per cent hatchlings are born from each nest. Many predators, including the monitor lizards, fishing cats, jackals, kites, big fishes etc feast on the baby crocodiles after they emerge from the egg shells.

“Very few hatchlings survive and this is a high-risk stage. Out of five hundred baby crocodiles only one crocodile will reach adulthood,” added Patra.

In 1975, the Union Ministry of Forest, Environment and Climate Change, in a collaboration with the United Nations Development Programme (UNDP), had started a crocodile breeding and rearing project in Dangamala within the Bhitarkanika Park.

Due to the success of the project, the crocodile population started increasing in the creeks, river and other water bodies of the Park and its nearby areas.  Around 11 years ago, the Guinness Book of World Record recorded a 23-foot-long salt-water crocodile in Bhitarkanika as the largest crocodile in the world.

Breeding rearing programme was started for three species of crocodiles — salt water crocodile, Mugger and Gharials — in 1975 in 34 places, including West Bengal, Madhya Pradesh, Uttar Pradesh and Bihar. But the salt water crocodile conservation programme in Bhitarkanika was the most successful one, said Patra.