Poaching, train accidents and electrocution killed more than half of these elephants, says Wildlife Society of Odisha 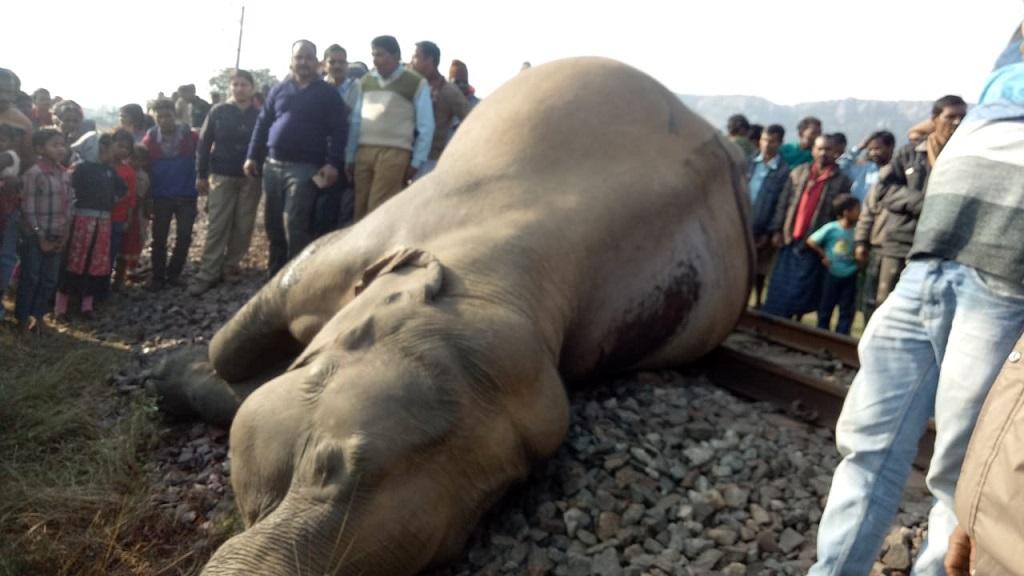 An elephant who was hit by a goods train near Ramachandrapur village in Keonjhar district of Odisha in November. Credit: Ashis Senapati

Odisha has become a graveyard state for elephants as 67 of them have died there in the last nine months, shows data released by Wildlife Society of Odisha (WSO), an environmental pressure group, on December 20, 2018.

This elephant mortality data shows that 18 jumbos died due to natural causes, 19 of unknown reasons, four were killed by poachers, nine were electrocuted by live wire, 11 by sagging lines and six elephants were mowed down by trains. These deaths were reported between April 1, 2018 and December 18, 2018.

Another matter of concern is that adult breeding male elephants form a majority among those who died of unnatural causes. “Odisha loses 18-20 such adult male elephants every year threatening the health and sustainability of its elephant population. Already 18 adult breeding male elephants have died in Odisha this year since April,” says Mohanty. “The only action taken till now is suspension of low ranking forest guards and foresters, while not a single range officer or divisional forest officer has faced any flak,” he adds.

This is when a 2011 Odisha government circular says every case of unnatural elephant death has to be mandatorily investigated to fix responsibility.

The April train accident in Jharsuguda division that saw four elephants get killed by a speeding train, only the range officer was suspended. “Divisional officers always find scapegoats in forest guards and foresters. This is when DFOs and range officers are supposed to oversee squads that track elephants 24 hours a day and crores of public money is being spent on them,” adds Mohanty.

The WSO, while demanding an inquiry into each elephant death case, says the main reason Odisha is turning into a graveyard for the animal is lack of accountability. “We are of the firm view that unless the role of senior field officers is scrutinised properly for every unnatural death of an elephant in their jurisdiction, elephants will continue to die,” appeals Mohanty.