Action is needed to save West Africa’s critically endangered chimpanzees

Are Pan troglodytes verus that live outside protected areas in West Africa doomed? May be not 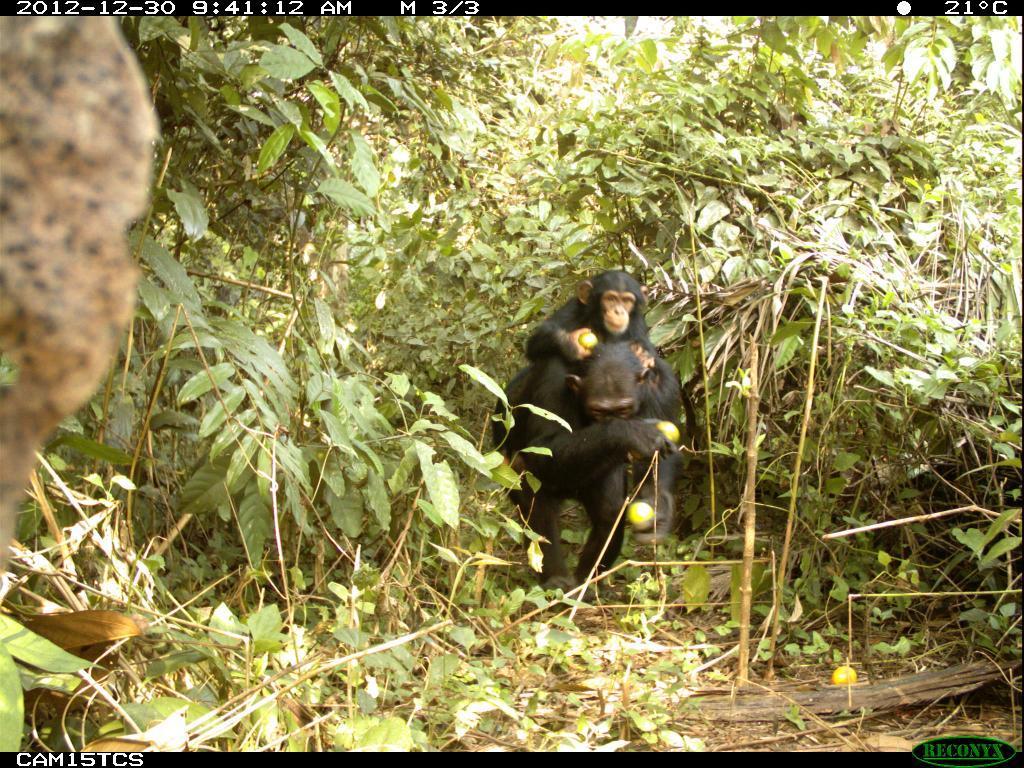 In 2016, the International Union for Conservation of Nature listed the western African subspecies of chimpanzee (Pan troglodytes verus) as “Critically Endangered”. It had previously been listed as “Endangered”.

This change of status reflected dramatic declines in population numbers, of 80% over 24 years. And the outlook for this ape subspecies’ future is not good. The IUCN predicted declines of 6 per cent per annum if threats to the chimpanzees weren’t urgently averted.

These threats are complex. Most of the species lives outside protected areas in West Africa. This means they are susceptible to extinction because of rapid land conversion that’s driven especially by large-scale development projects.

Chimpanzees need wild resources for food and nesting; they mostly eat fruit and typically make a new nest in a tree every night to sleep in. Although chimpanzees are highly intelligent and adaptable, their ability to survive in environments impacted by humans depends on several important factors.

These include how connected different chimpanzee groups are to one another, as well as local, social and environmental conditions. In some areas, chimpanzees are actively hunted for meat, witchcraft and use in traditional medicine. They are also targeted to protect crops and because people fear the animals will harm them.

So are Pan troglodytes verus that live outside protected areas in West Africa doomed? Our recent study suggests that not all hope is lost. We carried out a collaborative research project between the Durrell Institute of Conservation and Ecology Institute in the UK, Spanish academics and the Tacugama Chimpanzee Sanctuary in Sierra Leone’s Moyamba district.

Among other things, we found that roads are hemming chimpanzees in and affecting their freedom of movement. It also became apparent that some areas in agricultural dominated landscapes should be set aside so that the wild fruiting trees chimpanzee feed on may regenerate. This would stop the chimps from targeting people’s crops. We also suggest that swamps should be conserved as they provide good safe cover for chimpanzees where there is little forest left.

Overall, our findings suggest that conserving chimpanzees in this area will require a mixture of bottom-up approaches involving local people in decision-making processes, as well as top-down strategies. Female chimpanzees only reproduce every five to six years; their populations are slow to recover from decline, most of which are attributable to human behaviour and activity.

People therefore have a moral responsibility to conserve them: not only because they are our closest living relatives and are highly intelligent and sentient beings, but also because they help to manage our ecosystems by dispersing the seeds of fruit trees they ingest.

One of our key findings related to road infrastructure. We found that even untarred roads in places where chimpanzees are not hunted negatively influence how chimpanzees use their environment. Chimpanzees prefer to roam in areas distant from roads, although they are also known to cross roads if this is necessary to reach different areas.

This is worrying. More and more roads are expected to be built across West Africa in the coming years. If this isn’t regulated, it could dent chimpanzee populations.

Chimpanzees need and prefer forest habitats. But they can also persist in degraded landscapes with limited forest cover, though probably in lower numbers – as long as people tolerate them, and don’t persecute or kill them.

In many areas, the consumption of crops may be a necessity for chimpanzee survival, where wild food resources have been extirpated or are prevented from reaching maturity. Most of the landscape in our case study consists of cultivated fields or fallow areas that can’t regenerate properly.

Their inability to regenerate results from a shortening of fallow periods because local human population growth is increasing the pressure on arable land. Without regeneration, key chimpanzee food species such as wild figs cannot reach maturity. That leaves the apes little choice but target people’s crops.

The study also revealed that distance to swamps was a positive predictor of chimpanzee relative abundance. The closer an area was to a swamp, the more chimpanzees used it. Swamps in this region of West Africa are not exploited by communities for agricultural purposes. They’re the only remaining relatively intact habitat type in the study landscape, aside from mangroves.

This suggests that swamps represent safer areas for the chimpanzees. Forest is key for chimpanzees, but where forest tree cover is minimal – in our study area, it was only 1% of the total area – swamps appear to provide a safe haven from humans for chimpanzees and need to be conserved.

A mix of solutions

Our findings highlight the need for bottom-up approaches that get local communities involved in conservation initiatives.

We propose that local communities should set aside some critical areas currently used by chimpanzees. That would allow wild fruiting trees to regenerate, which could could help reduce chimpanzees’ reliance on crops for food. This approach would also benefit local people when it comes to harvesting sustainably wild resources, such as medicinal plants, that they told us are no longer available.

Improving agricultural productivity and promoting alternative revenue generating activities could also help to improve people-chimpanzee co-existence. Such activities should be rolled out widely across the region to minimise the influx of people understandably attracted by economic opportunities, putting more pressure on the land and resources.

But top-down initiatives will be important, too. Countries could consider national level Strategic Environmental Assessments. These allow policy makers to understand a country’s biodiversity and balance development, conservation and wellbeing objectives, as well as the cumulative impact of large scale development.

Unfortunately, no country in West Africa has such assessments in place. Nor have any nations in the region put in place effective cross-sectorial legal requirements for Social and Environmental Impact Assessments for large scale development projects. Legal frameworks are key: without them, even if an impact assessment exists, it’s of no use as it’s not legally binding.