Andamans want 'absolute protection' for saltwater crocodile to be withdrawn 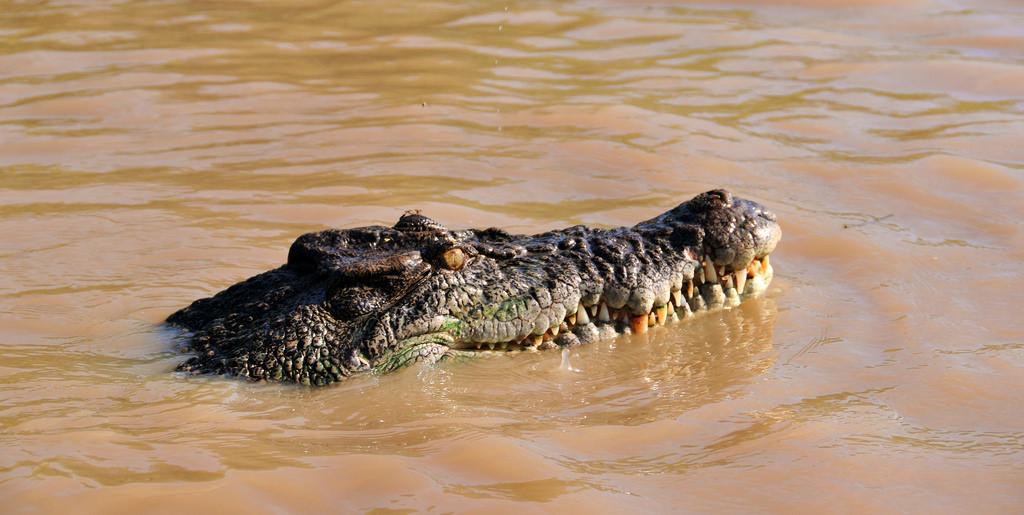 The government of the Union Territory of the Andaman and Nicobar Islands has sent a proposal to the Central government requesting that saltwater crocodiles be delisted from Schedule 1 of the Wildlife Protection Act (WPA), 1972.

The request has been raised in order for the Andaman authorities to control the growing saltwater crocodile population in the islands and the resultant rise in human-croc conflicts.

However, much of the matter remains under wraps. A report in the daily Mint quoted Tarun Coomar, principal chief conservator of forests, Andaman and Nicobar as saying, “We have sought the ministry’s (Union Ministry of Environment, Forest and Climate Change) approval to allow culling of adult crocodiles, which will restrict breeding for the next three to five years and attacks will cease.”

The proposal was sent three months ago and is awaiting consideration. If it is approved, experts from the Wildlife Institute of India (WII) and private organisations such as the Madras Crocodile Bank Trust will be roped in to draw up a plan.

When Down To Earth spoke to B C Choudhury, retired crocodilian expert from the WII, he said, “The Chief Wildlife Warden already has powers to declare an individual animal to be removed from an area if it is causing trouble.” On being asked a question on whether the rising population of salties in the archipelago and their consequent conflict with humans was the reason behind the proposal, Choudhury shot back, “Who says that the number of salties has increased in the Andamans?”

“Even if they have asked for the saltie to be delisted (just for Andaman) from Schedule 1, one has to find out, which category/schedule it will now be placed into,” M K Ranjitsinh, the architect of the WPA, 1972 told Down To Earth. “If you move it to Schedule 2, it is still protected. However, if you move it to the ‘Vermin’ category, then there is a problem. It will be followed by a spate of recommendations from a number of states to scale protection of various species. That would be a dangerous precedent,” said Ranjitsinh.

To what schedule or category, the saltie will be moved to remains unclear at the moment. Certainly, the Mint report has set the cat among the pigeons.

Down To Earth spoke to Denis Giles, Editor of the Andaman Chronicle, a Port Blair-based paper, who had also been quoted in the Mint Report. “I have not seen the proposal personally. I have only been told by the Mint’s reporter that they have a quote from the principal chief conservator of forests. And if it is true, then I am in complete shock. How can you kill 1,700 adult crocodiles when there are ways like geo-tagging to track of their movement? This cannot happen,” he said.

Giles agreed that the population of salties had indeed increased in the islands. “That is evident from the number of croc sightings at most beaches. It has hampered the tourist industry in the islands. Three beaches, Chidiyatapu and Wandoor in South Andaman and Corbyn’s Cove in Port Blair city have been closed to tourists. Crocs are being increasingly seen near fishermen’s boats and dinghies. I would say that there have been an average of 1-2 croc attacks on people every year in the islands in the past 2 decades.”

When prodded as to who could have been behind the proposal, Giles said, “Of course, it is the tourism industry. Today, these islands are a tourist hub. And when you have visitors leaving without getting to even go into the sea at a beach, it can be very frustrating for the tourist and the tourism provider alike.”

“But we must not forget that we humans are responsible for this state of affairs. As a child, I used to remember how poachers, Indian and foreign had nearly hunted the Andaman Saltie to extinction. It was the MoEF&CC that started breeding them back. However, it did not foresee the consequences of its actions. So as the croc population boomeranged, in the meantime, the human population did too due to the islands becoming tourist havens. With all the hotels and resorts dumping their garbage into the sea, it naturally attracted crocs and hence the increased number of encounters. Instead of accepting our mistakes, here we are, doing this unforgivable action.”