Migratory birds from Siberia and northern Eurasia could be falling prey to power lines and turbines in India, a joint study undertaken by Russian and Indian scientists has shown.

Russian raptor (birds of prey) researchers Igor Karyakin, Elena Shikalova, Urmas Sellis and Gunnar Sein along with Nirav Bhatt and Dharmendra Khandal from India monitored a pair of adult ospreys that migrated from Russia to India, to come to the conclusion.

The ospreys were satellite tagged in Russia’s Sayano-Shushensky State Nature Reserve, located near the border with Mongolia. The male was named ‘Serzhik’ and the female, ‘Usina’. 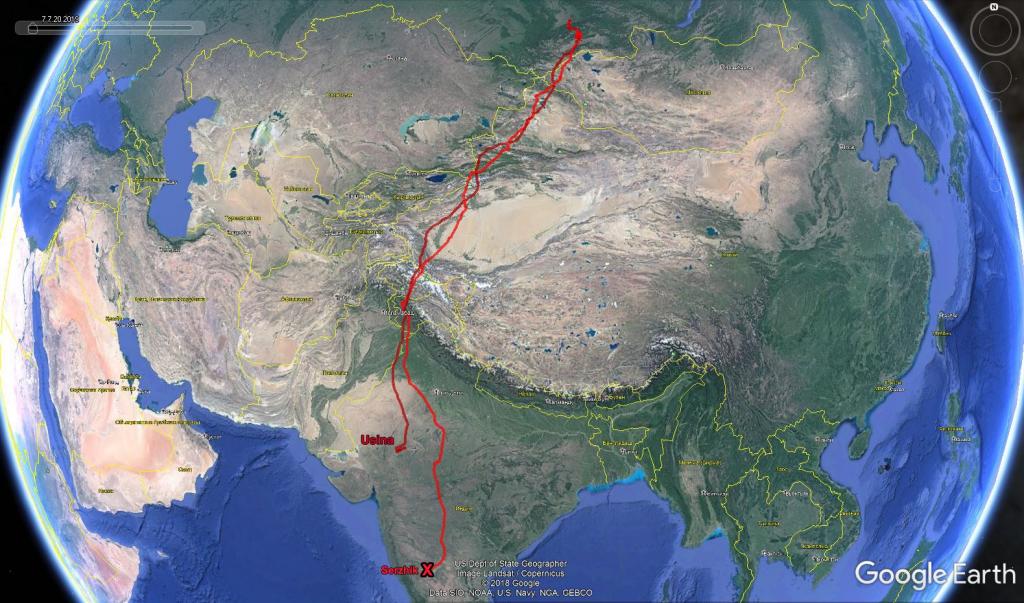 Both birds came to India this year to pass the harsh winter of their homeland. Ospreys are diurnal, fish-eating birds of prey with a cosmopolitan range. These raptors bond for life and this pair, like others of their kind, reared their brood before starting their long migration.

The goal of satellite tagging these birds was to discover the reason for their precipitous decline in the Altai-Sayan region — one of the most protected parts of Russia.

Scientists who had met at the Second International Scientific and Practical Conference Eagles of the Pale-arctic: Study and Conservation, suspected that the problem was to be found in the winter migrations of the species.

The satellite tagging revealed that both birds had independently travelled about 300-400 kilometres (km) per day for 15 days, approximately covering 5,000 km to reach their wintering ground.

The female osprey, Usina, halted near Udaipur in Rajasthan and is still there, confined to an area where there are a few lakes.

Bhatt, along with Khandal, were in touch with the Russian scientists and were coordinating the movements of the birds. Khandal visited the site near Udaipur and found Usina to be safe. He also photographed the bird, and found the satellite transmitter still intact.

However, Serzhik met with a tragic fate. He went further south and reached Madhya Pradesh where he stayed for about 15 days. He then travelled even further south to Karnataka near the town of Ilkal and mysteriously died there. 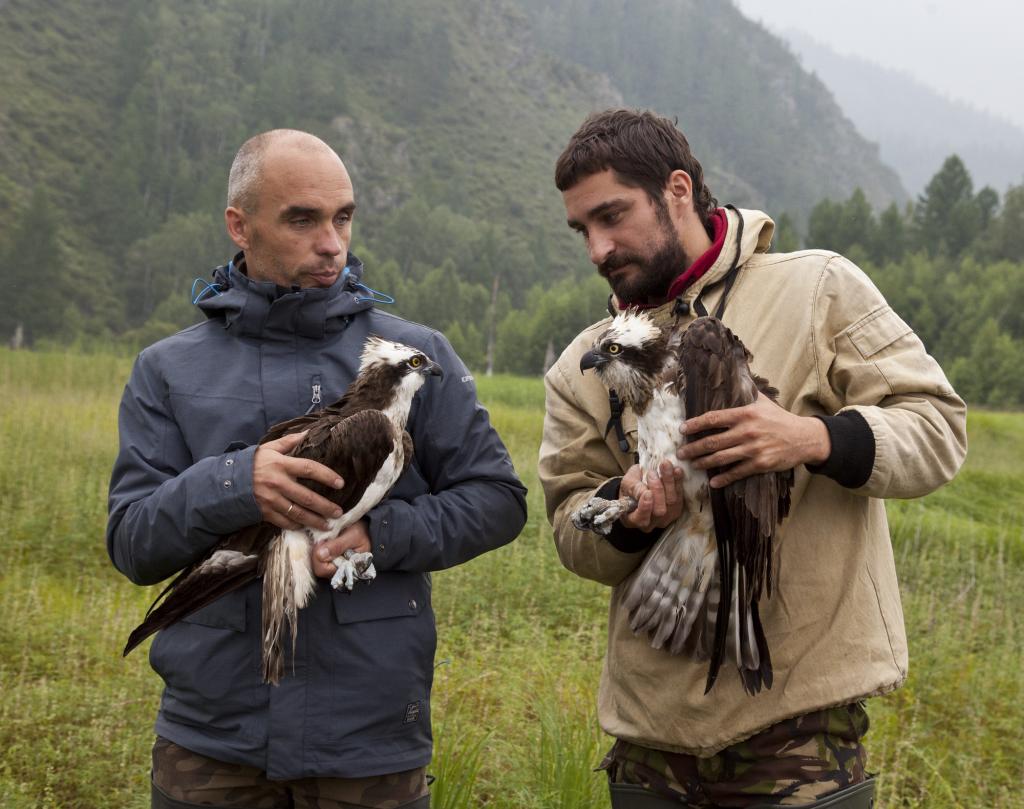 Last week, Karyakin and Nikolenko personally visited the area to understand the reason for the death and found that the area had too many windmills and the bird fell into the turbine turbulence zone of the wind turbine, was shell-shocked and could not continue the flight, although it remained alive.

He rose from the ground and sat on the support of the power transmission line, where he was killed by electric shock. This detail they recorded because of the satellite tag.

The carcass was missing and could have been taken away and eaten by feral dogs, but its feathers were found under an electric pole which was unsafe for birds. The cause of death is assumed to be collision or electrocution.

Infrastructure like wind mills and power lines in India are undoubtedly an unmitigated menace that kill a large number of local as well as migrants. The plight of the critically endangered Great Indian Bustard in Rajasthan because of collisions with power lines is well-known. 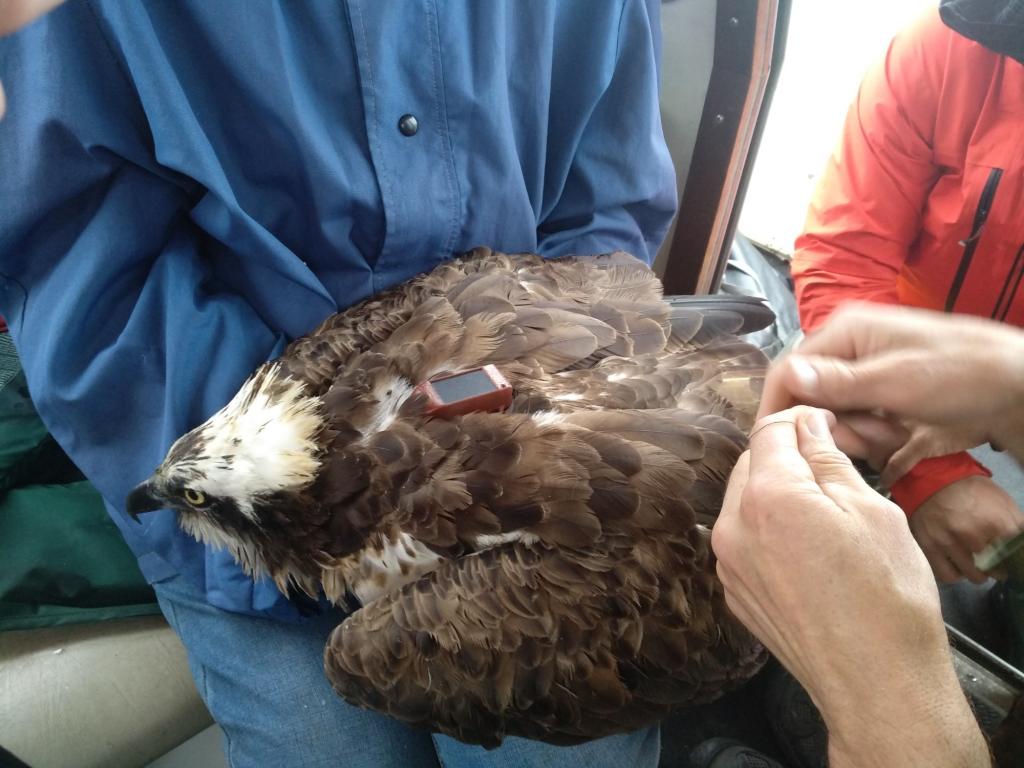 A satellite tag seen on one of the ospreys

The Russian and Indian scientists now suspect that several Siberian birds that flew to India did not return because they went to China or India, where they collided with such infrastructure.

Only those Siberian raptors that migrate to the Middle East and Pakistan where wind power is poorly developed and there are fewer power lines, appear to survive, and return.

Karyakin even reported that when he was looking for a tracker, he saw a flock of starlings flying into a turbine and at least 20 fell to the ground.

Coming on the heels of the Sambhar tragedy, this study shows that conditions for avifauna in India are getting more and more perilous.