Biomes, species and biodiversity to be affected according to projections for Asia by IPCC 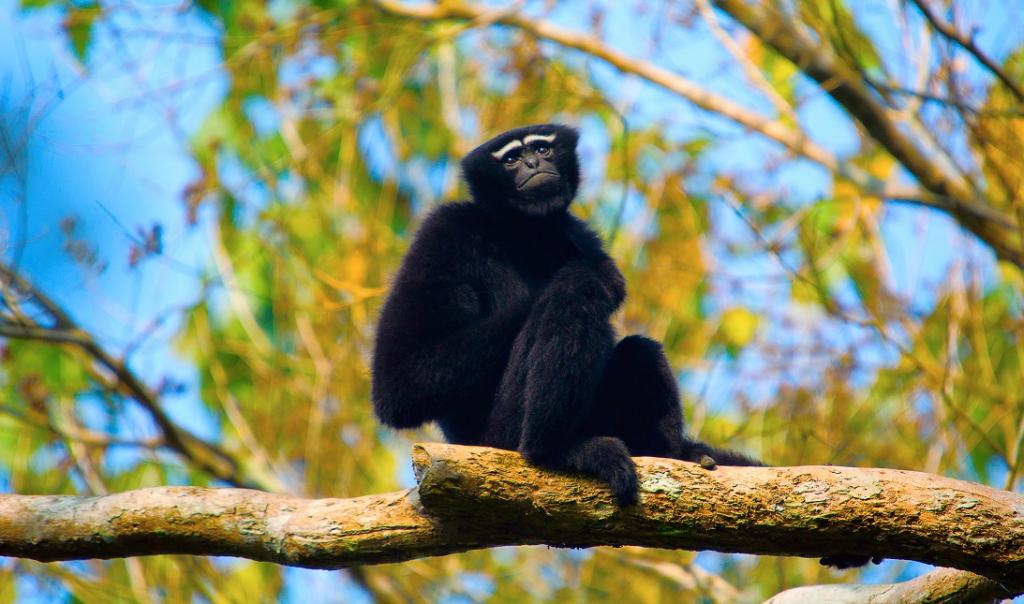 A male Hoolock gibbon at the Hoollongapar Gibbon Sanctuary in Assam. Photo: iStock

The Bengal tiger, Hoolock Gibbon and snow leopard will be greatly affected due to changing climate in south Asia, according to projections by the Intergovernmental Panel on Climate Change (IPCC) in its Sixth Assessment Report on Impacts, Adaptation and Vulnerability, released February 28, 2022.

“Under different scenarios, future climate change could reduce the extent of a suitable habitat for giant pandas, the moose, black muntjac, the Sichuan snub-nosed monkey in China, Persian leopard in Iran, Bengal tiger and four tree snail species in Thailand,” the report said.

The snow leopard, which is the apex predator in the mountain ranges of central and south Asia, is found across 12 countries in Asia. Of these, its suitable habitat area will increase in Afghanistan, Tajikistan, Uzbekistan, Kyrgyzstan, Kazakhstan, Russia and Mongolia.

However, “habitat loss is expected on the south slope of the Himalaya and the south-eastern Tibetan Plateau,” according to the report.

Climate change will have little impact on the habitats of the Asian elephant, but would cause the extinction of the Hoolock gibbon in Bangladesh by 2070.

The range of the Himalayan birch (Betula Utilis) is either projected to move upward or to downslope as a response to global droughts.

“Upward shift in elevation of bioclimatic zones, decreases in area of the highest elevation zones, large expansion of the lower tropical and sub-tropical zones can be expected by the year 2050 throughout the transboundary Kailash Sacred Landscape of China, India and Nepal, and likely within the Himalayan region more generally,” the report said.

The report said the impact of future climate change on invasive species may be species- or region-specific.

Climate change will promote the invasion of six mostly serious invasive plant species in Nepal. These are:

It would also promote the growth of eleven invasive plant species in the western Himalayas and the Giant African Snail in India. Climate change would also inhibit the invasion of two invasive plants — Chromolaena odorata (Bitter bush) and Tridax procumbens (Tridax daisy) — in India.