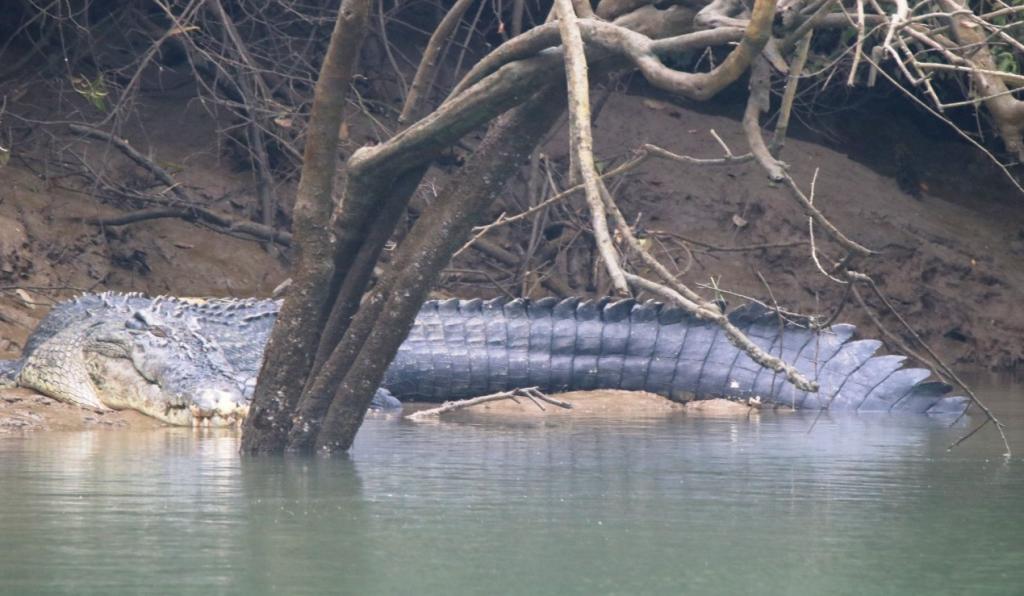 The population of the saltwater or estuarine crocodile (Crocodylus porosus) has increased in the water bodies of Odisha’s Bhitarkanika National Park and its nearby areas in Kendrapara district, with forest officials counting 1,757 individuals in this year’s annual reptile census on January 3, 2020.

Last year, they had counted 1,742 crocodiles in the area.

“We formed 22 teams to count the crocodiles in all the creeks and rivers within the park and its nearby areas. The peak winter, exposure of more than fifty per cent of mud banks and the lunar cycle made January 3 an excellent date for the counting of the reptiles,” Bikasah Ranjan Dash, the divisional forest officer of Bhitarkanika National Park, said.

“During the census, we sighted 620 hatchlings, 325 yearlings, 288 juveniles, 185 sub-adults (six to eight feet long) and 339 adults (more than 8 feet long). Last year, we had sighted 619 hatchlings, 347 yearlings, 273  juveniles, 178 sub-adults and 325 adults,” Sudhakar Kar, a herpetologist and former crocodile research officer of the state's forest and wildlife department, who led the 22 team members in the reptile census work, said.

The enumerators also sighted around 12 albino crocodiles and four giant crocodiles more than 20 feet long in the water bodies of Bhitarkanika during the census, Kar added.