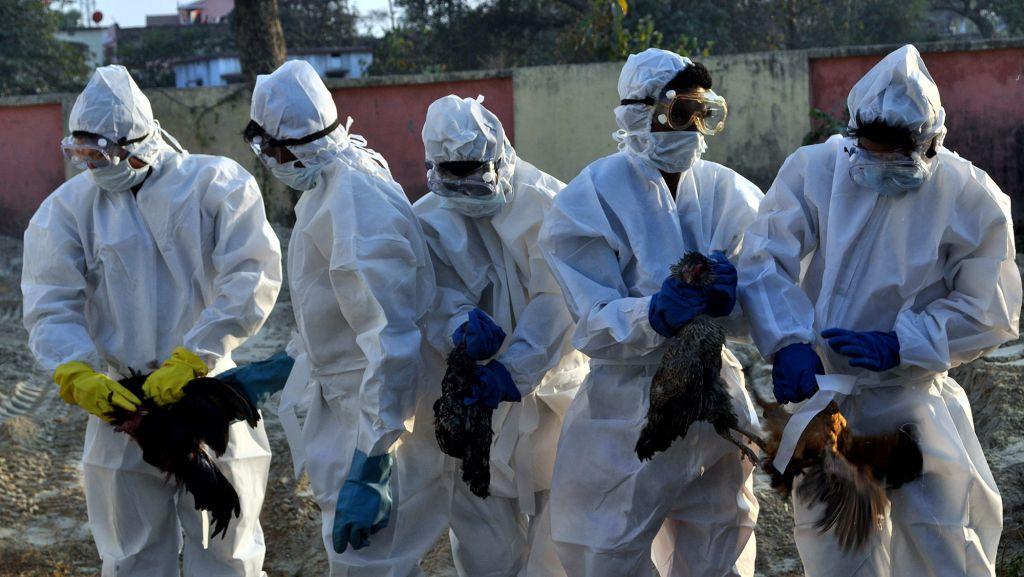 Birds in and around the Sambhar tehsil of Jaipur district in Rajasthan died of avian flu in the last five days, according to the report of the Indian Veterinary Research Institute (IVRI) in Bhopal released November 24, 2021.

A team from the forest and animal husbandry departments had collected four samples and sent them to the IVRI in Bhopal November 20. Some 80 birds have died of bird flu so far in the area, most of them crows. 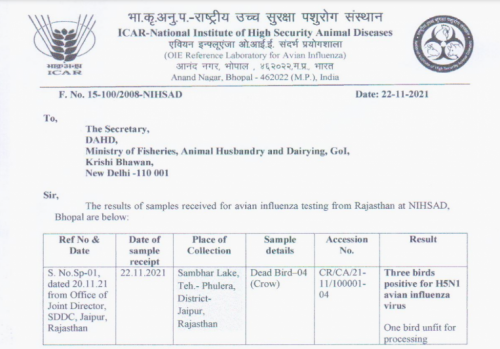 A screengrab of the IVRI Bhopal report

Some eight birds were found dead at the Sambhar lake November 23. They included a rufous tree pie, an owl, five crows and a gull. A crow and a Common Teal were found injured.

A stock-taking meeting was organised at the Jaipur district collectorate on the morning of November 24. Officials from the animal husbandry and forest departments and local administration took part.

The animal husbandry department has deployed 10 veterinarians to tackle the situation. But nobody had reached the area till the time of filing this report.

There are fears that if timely action is not taken, there could be a repeat of the events of 2019. That is when over 30,000 migratory birds died of avian botulism.

Botulinum is a natural toxin produced by a bacteria known as Clostridium botulin. It produces the toxin when it starts reproducing.

Botulinum affects both humans and animals but the type of the toxin varies — botulinum C in birds and A, B and E in humans.  The toxin has been recognised as a major cause of mortality in wild birds since the 1900s.

A week before the bird deaths were reported from Sambhar, 189 demoiselle cranes had died at Jodhpur’s Kaparda pond.

At least seven more cranes died on November 20. Samples of the dead birds were examined. The cause of death was ascertained to be bird flu.

The H5N1 strain of bird flu can spread from birds to humans if they come into contact. Symptoms of H5N1 include cough, fever, sore throat, muscular pain, headache and difficulty breathing. The H5N1 strain can also result in human deaths.