With this order, Khan will not be allowed to travel abroad 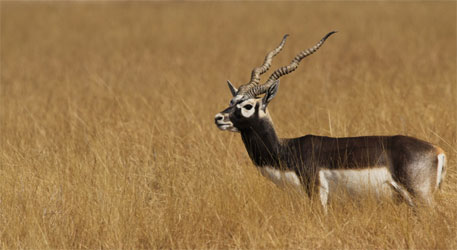 The Supreme Court on Wednesday set aside Rajasthan High Court’s order that stayed the conviction of actor Salman Khan by a trial court in the blackbuck hunting case.

A trial court had convicted Khan in 2007 for killing the endangered blackbuck. The actor had approached the Rajasthan High Court for a stay on the order, pleading that he needed to travel abroad for a film shoot. The high court had granted the stay.

Khan, along with actors Saif Ali Khan, Sonali Bendre, Tabu and Neelam, had been accused of poaching near Jodhpur in 1998 during the shooting of the film “Hum Saath Saath Hain”. He was jailed in Jodhpur twice in a five-year sentence and is currently out on bail.