Brazilian scientists warn that the Pantanal is at risk of collapse

Once a model for sustainable land use, scientists alert world to “the tragedy of the commons” afflicting one of Earth’s most biodiverse ecosystems 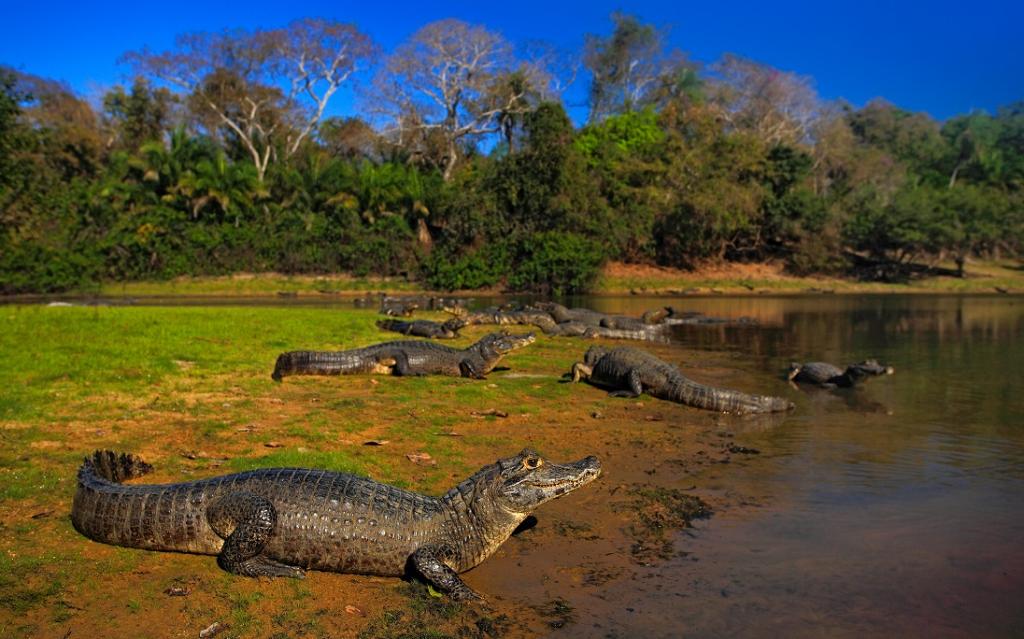 Caiman basking on the bank of a river in the Pantanal. Photo: iStock

The world’s largest wetland, the Pantanal in South America, is at the risk of collapse due to a series of local and seemingly minor decisions that fail to account for their cumulative impact on one of Earth’s most biodiverse ecosystems, according to a team of scientists.

The team, in a letter published in BioScience, cited a dangerous escalation over the past two decades in locally-made and legal land-use decisions and proposals to open up the wetland to more intensive uses that collectively threaten the long-term survival of the Pantanal.

“There is still hope for the Pantanal, but its sustainable use must not be challenged by the consequences of small mistaken decisions that fail to consider their cumulative impacts, compromising the future of sustainable cattle ranching, fishing, ecotourism, traditional communities, biodiversity, and ecosystem services,” the scientists warned in the letter, according to a statement by big cat organisation, Panthera.

Twenty years ago, a group of scientists led by expert JF Gottgens rang initial warning bells in an article published in BioScience.

The report warned that individual and local interests were detrimental to the collective interests of the conservation of the Pantanal, comparing the situation to the “tragedy of commons” or the “tyranny of small decisions.”

Two decades later, scientists claim Gottgens’ forecast has become a reality. They cite the approval of an increasing number of hydroelectric plants in the river basins forming the Pantanal wetlands, which may cause significant changes in the hydrology and nutrient intake in the ecosystems.

More recently, the construction of Barranco Vermelho port on the Paraguay river received preliminary approval by the Environment Council of the State of Mato Grosso in January 2022.

The licensing took into account only the local consequences of the enterprise without considering that this port would be viable only if an engineered waterway were implemented southward in the Paraguay River.

The waterway may pose a substantial threat to the Pantanal due to its potential to negatively influence the hydrological signature of the ecosystems, the Panthera statement said.

The Pantanal is also threatened by climate change on a global scale, deforestation in the Amazon rainforest and severe drought and massive fires.

At least 17 million vertebrates are estimated to have been killed immediately by wildfires that burned a quarter of the Brazilian Pantanal in 2020, according to a 2021 study from the Mogu Mata Network, coordinated by Embrapa Pantanal and ICMBio/CENAP in collaboration with Panthera.

Panthera conservation scientist Fernando Tortato stated, “The Pantanal is an ecosystem where the extension and duration of the seasonal floods are vital to maintaining biodiversity, traditional cattle ranching and resources used by local communities. We are witnessing a convergence of threats that may lead to the disappearance of the Pantanal as we know it today.”

The Pantanal spans over 179,000 sq km in Brazil, Paraguay and Bolivia and boasts one of the highest concentration of flora and fauna in South America.