Even when it comes to dogs, we still haven't got over the colonial hangover. We import breeds and give them English names. Rajat Ghai speaks to S Theodore Baskaran, whose recent book explores little-known indigenous breeds 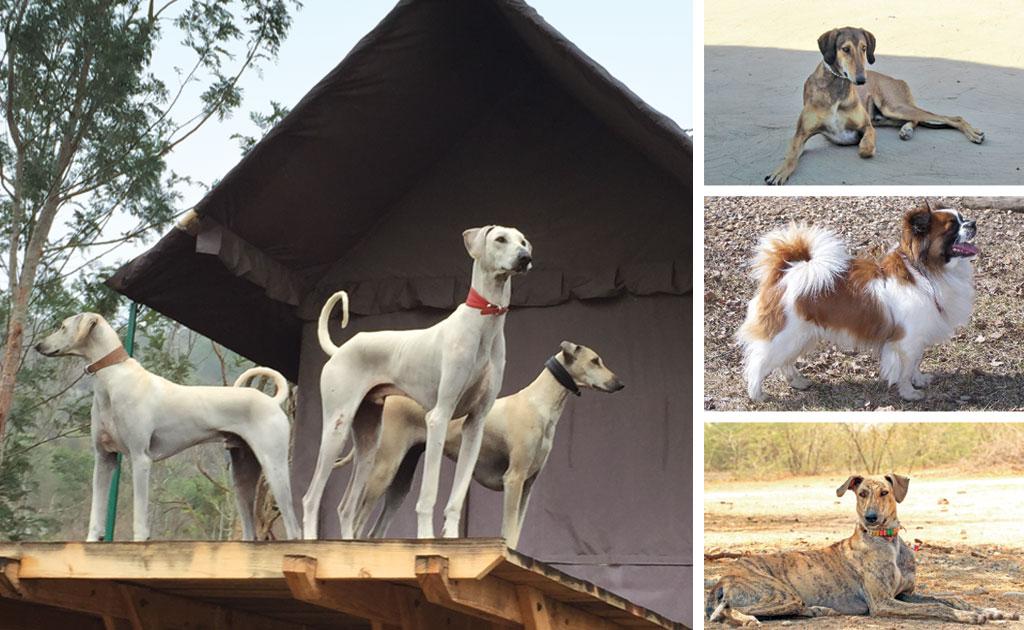 (Clockwise from far left) Chippiparai from Tamil Nadu, Sindhi Hound, Tibetan Spaniel and Banni Hound from Kachchh are some of the indigenous breeds that have been preserved across India (Photographs Courtesy: S Theodore Baskaran)

What are the differences in the breeding of Western and Indian dogs—philosophical, conceptual and training?

In the West, the dog has been a companion animal. Though some breeds were used for hunting and guarding, most were developed as companion breeds and were trained to be so. They were given the run of the house and were treated as part of the family. In India, however, the dog has been used as a work animal, like the horse, mainly for hunting. The people who raised dogs were hunters, trappers, pastoralists and farmhands. So dogs were not cared for by the upper castes. It was considered a pollutant, as many literary references show.

The Government of India has banned the import of foreign breeds for breeding purposes. Do you think it will make any difference, given that there is a surfeit of foreign genes already present in India?

The description “surfeit of foreign genes already present in India” is problematic. Are you talking about breeds? There is no surfeit. In fact, there is a lot of inbreeding of foreign breeds in India. You can see the difference between a German Shepherd in Europe and the one in India. This is a result of inbreeding.

The ban on foreign breeds will not make any difference to indigenous breeds. The ban will prevent new strains coming in. This rule is regressive. It is likely that foreign breeds in India will further deteriorate. Puppy mills will grow active. Soon you will have an Indian pug! What we need are top-class sires if we want to develop work dogs like Seeing Eye dogs or guide dogs (to lead the blind, for instance), therapy dogs or companion dogs. We cannot have Seeing Eye dogs or companion dogs (for the disabled) in India because of the omnipresence of stray dogs.

Do you think indigenous breeds in India were the collateral damage for the ban on hunting and wildlife conservation?

I think so. But we can still nurture and develop indigenous breeds, thanks to the Wildlife Protection Act of 1972. Many enthusiasts are already working on this in places like Srinagar, Pune and Raja-palayam in Tamil Nadu. And the interest is growing. There are associations to preserve local breeds like the Bakharwal. In Chennai, there is a society to revive the Kombai breed. We have to bear in mind that except small breeds, indigenous dogs need a lot of space and exercise.

Why didn't most native Indian princely states take an active interest in the conservation of indigenous dog breeds?

Like many other aspects of life during the colonial period, the affluent Indian, including the princely states, aped the British, like playing golf and so on. It was fashionable. And they imported breeds which the British had as pets. We still give English names to dogs. This practice began in the 18th century itself.

As dog breeds of Afghanistan, Nepal and Myanmar share ancestry with Indian breeds, do you think we should form a Cynological Union?

It will be a good idea. And dog enthusiasts should take this effort, as governments are not interested. Some breeds like the Sindhi Hound and Bully Kutta are also found in Pakistan. The Federation of Cynological Union already exists in Belgium. 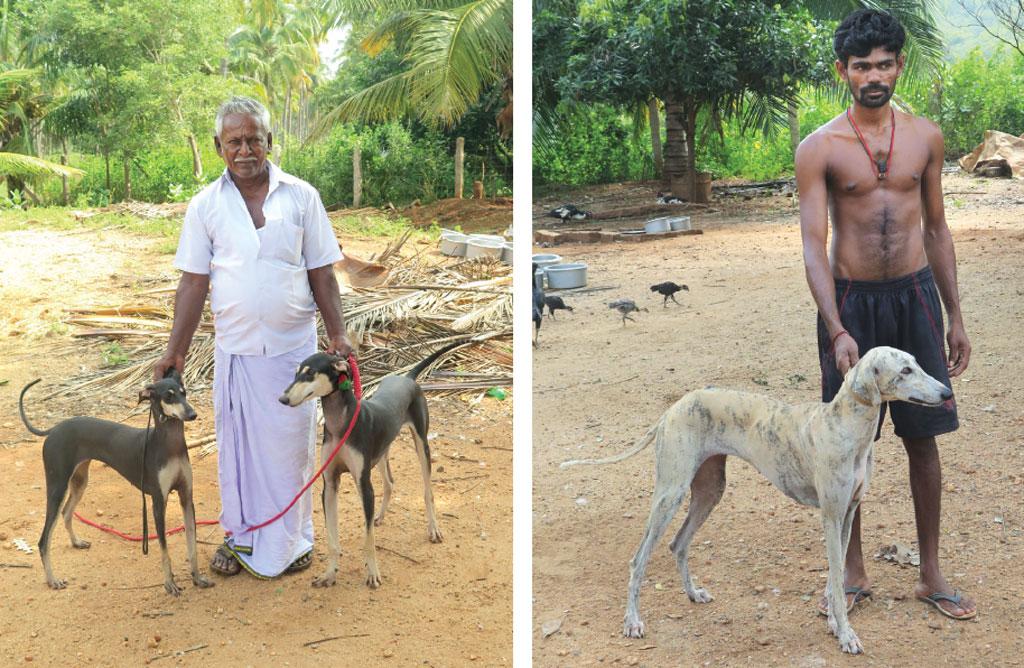 Why do you think the Central government does not take an active interest in conserving indigenous breeds? Do we need to promulgate laws in this regard?

Dogs are not in their list of priorities. In fact, even wildlife is not. However, in a pioneering attempt, the Karnal-based National Bureau of Animal Genetic Resources, which is a wing of the Indian Council of Agricultural Research, began a DNA-based survey of the Rajapalayam and Chippiparai breeds in Southern Tamil Nadu. But for some reason, it was abruptly given up in 2016 after two years of work. I filed a Right to Information application to know the reason for the closure, but did not get any reply.

An outstanding example of governmental care for an indigenous breed is the Mudhol Research Centre in Bagal-kot, Karnataka. The state government, with admirable foresight, has been taking care of this native breed. The research centre has been doing pioneering work to protect and promote this breed. This centre supplied six Mudhol puppies to the Indian Army two years ago. The Government of Tamil Nadu started a unit for breeds such as Rajapalayam and Chippiparai in 1981 in Chennai. But due to utter negligence, the project did not take off. Apart from these two initiatives, I am not aware of any government efforts to protect these breeds. I don’t think enacting laws will be of any help.

How can prospective buyers be certain that the animal is pure-bred?

This is a problem. One has to depend on reliable and knowledgeable enthusiasts. Since breed standards do not exist, there are different claims and counter claims about the characteristics of a breed.

What's your take on the Mudhol Hound's recent induction into the Indian Army? Are there others too?

The news of Mudhol Hounds positively responding to training by army experts is very promising indeed and augurs well for Indian breeds. This brings out a new dimension to our understanding of Indian dog breeds, neglected since the colonial days. Since they were sight hounds, it was thought they may not do well in scent work. But here they are detecting land mines and explosives. There was news recently that the army plans to induct eight more Mudhol puppies into the army unit in Meerut.

The Tamil Nadu Veterinary and Animal Sciences University in Chennai found that the Chippiparai Hounds are universal donors. Two Chippiparai dogs in Chennai were used to donate blood to the dogs of the Indian Peace Keeping Force, which developed tick fever during the operations in Sri Lanka. We have to understand the potential of Indian breeds. Having evolved over millennia to suit this climate and geography, they are our living heritage and we must take care of them.

Do you think India should opt for culling of stray dogs? What are the significant points about Indian stray dogs that people do not know?

The word to be used in this context is “euthanising”. Till 2001, as per section 218 of the Destruction of Stray Pigs, Stray dogs and Monkeys of the Municipal Corporation Act of 1919, municipalities and corporations were euthanising stray dogs. In 2001, the Government of India issued the Animal Birth Control (Dogs) Rules. But this was a disaster. The Indian Veterinary Research Institute, Hyderabad, did a census of stray dogs and found that the rules had not worked to control their population. Court decisions too have pointed this out.

We must realise that we are trying to empty a vast lake with a bottomless bucket. A pair of dogs can produce 400 in three years and 7,000 in seven years. It is impossible to operate on all the dogs. And there are no short-term solutions too. Consider this: rabies claims 35,000 lives, mostly the poorest of the poor, in India each year. And this is only the recorded ones. This is 81 per cent of all rabies deaths in the world. Each year in India, about one million get bitten by rabid dogs and take anti-rabies shots. For dogs, anti-rabies vaccine is to be given annually. Can this be administered to the millions of stray dogs?

India’s estimated need of anti-rabies vaccine for humans is 1,500 litres per year. Since vaccine produced in the 12 centres in India cannot meet this requirement, we import the vaccine from France and Germany.

I think every dog should be owned and cared for. Descartes said “I think, therefore I am”. A dog can as well say “I am loved and owned. Therefore I am a dog”. When they are not owned, fed and cared for, they are left to themselves, live on garbage and are vectors of deadly diseases like rabies and other zoonotic diseases that spread to other species. Take for instance, the Canine distemper, a viral disease with no cure. Stray dogs have emerged as a big threat to wildlife in India. Biologists have published articles about this. We have to remember that stray dogs are not a breed. The first step to tackle the stray dog problem is to accept that animal birth control is totally ineffective. Then we need to think about scientific and rational solutions.