Even as the number of species nearing extinction increases each year, here's a look at the conservation strategies that have helped revive four key species 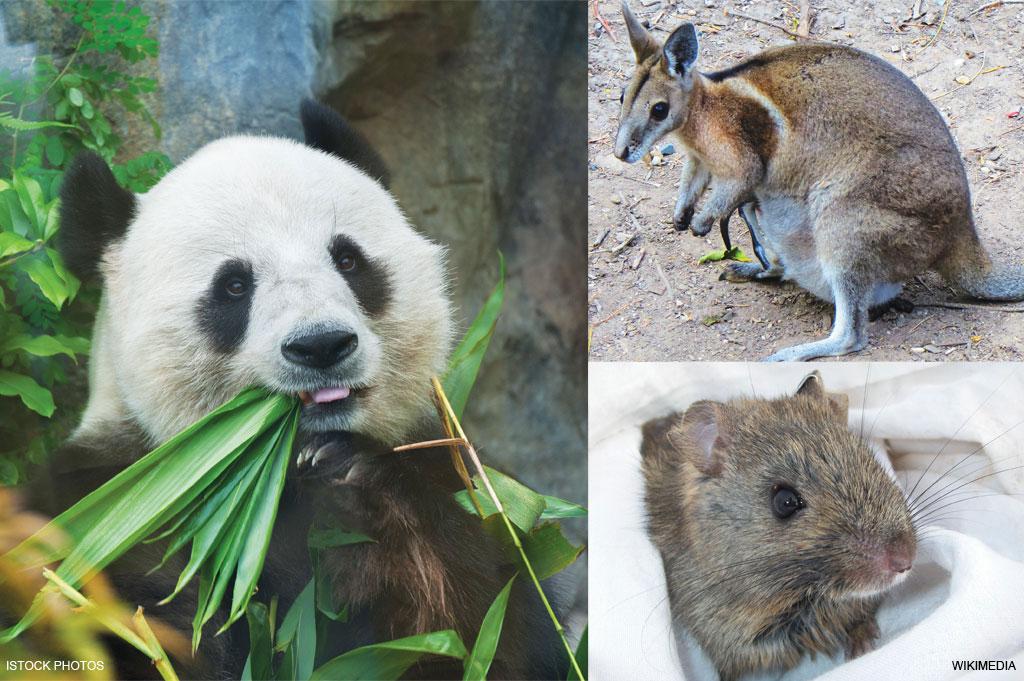 The strike rate of successful wildlife conservation initiatives remains poor. In fact, more species are included in the near extinction and other endangered categories each year (see graph ‘The slide down’). That’s why the latest Red List report of the International Union for Conservation of Nature (IUCN) has come as a breather for four key species.

These successes have been attributed to stringent conservation measures adopted by governments. Take for instance the Giant Panda, whose numbers dropped to less than 1,000 in 1970s. Found only in China’s Sichuan, Shaanxi and Gansu provinces, the pandas were close to extinction due to habitat fragmentation and their inability to find food, bamboo, in winters. They were forced to confine themselves to narrow strips of land, where they had to face new threats—they were being poached for their skins and panda cubs were caught and trained for Chinese circuses.

The Chinese government implemented various strategies—it created 67 protected panda reserves and started captive breeding programmes. Initiatives such as the Natural Forest Protection Project and Grain for Green Project increased bamboo plantations, and under the “Renta-Panda” programme, pandas were rented for up to US $1 million a year, and the money generated was used to fund conservation programmes. “These projects also checked soil erosion and restored bamboo forests by reconverting farmlands to bamboo forests, thereby restoring the natural habitats for the pandas in the wild,” says Li Yang Chen, founder of Panda Conservation Trust. Laws were also enacted, including the Regulation on Protecting Ecological Environment of Qinling Mountains in 2007 to secure their habitat, as well as a penal code, under which poachers could be punished with a 10-year jail sentence or even death. Today, there are more than 2,050 pandas.

The Tibetan Antelope, also known as chiru, was being slaughtered mercilessly for wool for decades, as the wool cannot be sheared or combed. It takes three to five hides to make a shawl out of their wool. “In Kashmir, the expensive shawls were presented as a form of dowry,” says Kangana Kaul, a Srinagar-based wildlife researcher. 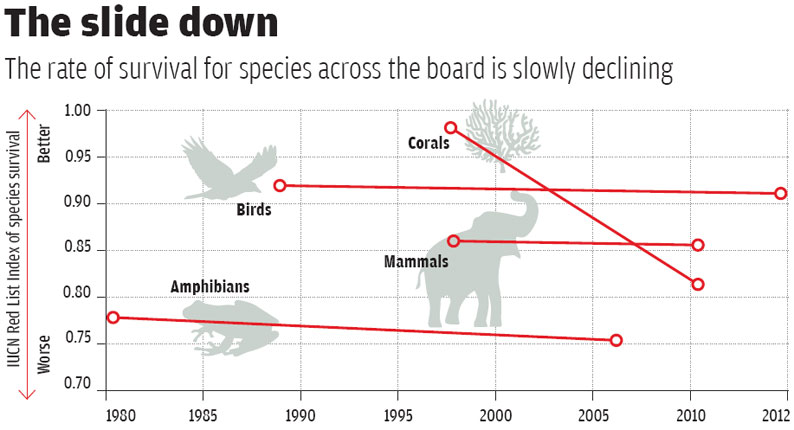 When their numbers dipped to less than 65,000 in the 1990s, the Chinese and the Indian governments banned the trade and curbed poaching. The Chinese government also created 33 migration passages for the antelopes. Their population has now increased to about 100,000-150,000.

Endemic only to Australia, the Bridled Nailtail Wallaby is considered to be the marsupial species with the strongest immune system, which can survive even the deadliest of viruses. Habitat destruction in the form of agricultural expansion was the primary reason for their decimation. They were regarded as pests and killed, or were hunted for their fur.

The Australian government launched the Species Recovery Programme, which involved the preservation of existing populations in national parks, identifying and mapping critical habitats, checking the risk of predators by monitoring fox and feral cat populations in the protected areas.“The species was pushed to extinction with barely a hundred individuals left in the early 2000s. Their population has increased to about 1,200 individuals,” says Philip Steven-son, a Queensland-based biologist and secretary of the Native Wildlife Conservation and Research Foundation of Australia “With the introduction of herbivores such as sheep, cattle and rabbits for human benefits, the Greater Sticknest Rat had to fight a losing battle for habitat. And then there were severe droughts too,” says Steven-son. To secure their habitats, the Australian government created a hub in Franklin Is-land, Cairns City, Australia, and captive breeding programmes too were initiated. Today, the captive-bred rodents have been successfully reintroduced into the wild. The success of these conservation strategies to revive the populations of these four key species should enable us to learn and implement an integrated approach for each case, as nearly 23,930 species are one step close to extinction.

The story has been taken from the November 1-15, 2016 issue of Down To Earth magazine.