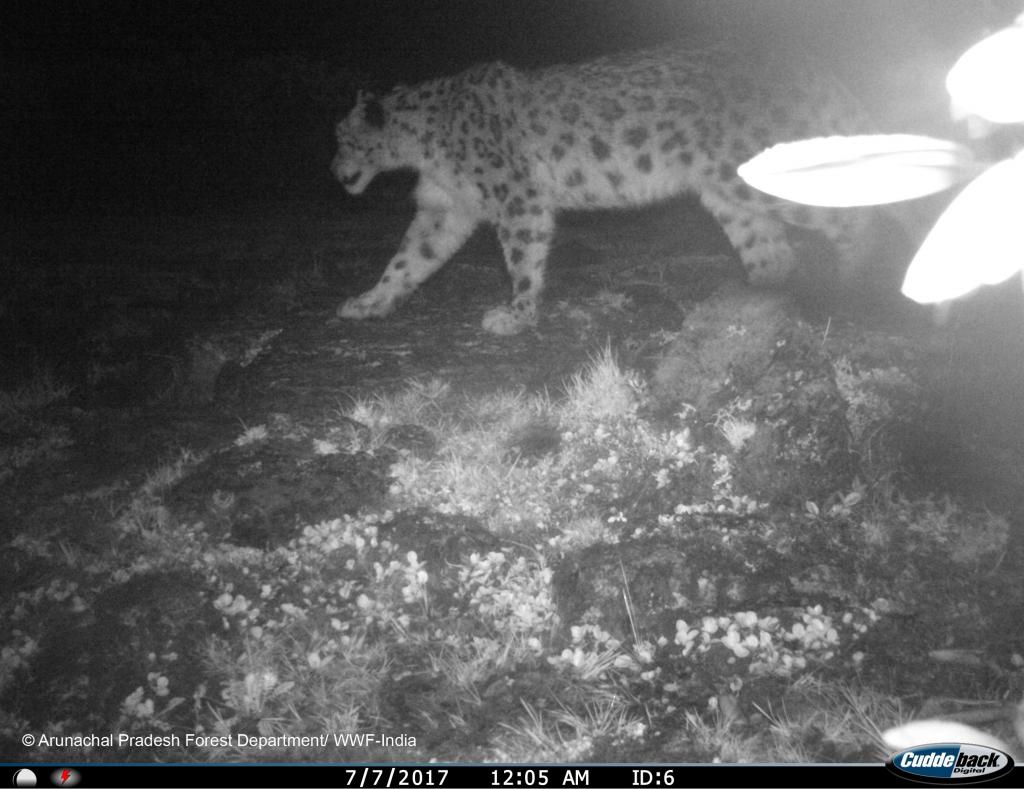 In a first, an elusive snow leopard (Panthera uncia) has been photographed by a camera trap set up in a remote, high-altitude area of Arunachal Pradesh.

The camera trap was set up at Thembang, one of the Community Conserved Areas (CCAs) in the state. It was set up as part of a state-wide survey carried out by WWF-India in collaboration with the Arunachal Pradesh Forest Department that was conducted from March 2017, focusing on Arunachal’s unexplored areas.

“This perhaps is the first time that the presence of snow leopard has been reported through a camera trap photograph from the state of Arunachal Pradesh,” said Omkar Singh, PCCF & Principal Secretary, Department of Environment and Forest, Government of Arunachal Pradesh.

Only a fraction of snow leopard habitat in the state falls into two protected areas namely Dibang Biosphere Reserve and Namdapha National Park. The presence of the big cat beyond these protected areas highlights the importance of community support for conservation given that large natural areas in Arunachal Pradesh fall under the custodianship of local communities.

The survey built on the knowledge of the community members to understand the current distribution of snow leopards and other large mammals. Researchers, including trained local youth, interviewed herders and former hunters who provided detailed information on snow leopards across the state as well as its prey species. Over 80 per cent of the interviewees confirmed the presence of snow leopards in their area, an encouraging sign for the state.

The survey is also significant as it covers one of the 22 priority landscapes of the Global Snow Leopard Ecosystem Protection Program. Its findings will enable the Arunachal Pradesh Forest Department to develop a snow leopard conservation plan to address increasing threats such as retaliatory killings, infrastructure development and climate change induced impacts on the habitats.

“The survey’s findings will help in developing conservation plans for the iconic species of the region, primarily snow leopards, and step up our conservation efforts,” said  Singh.

Rishi Kumar Sharma, Senior Coordinator, Species and Landscapes Programme, WWF-India said, “This ambitious survey has enhanced our knowledge on the distribution of snow leopards and its prey species for the entire state of Arunachal Pradesh which will be of immense help in the better conservation-management of the species.”