Success of the project depends on the commitment of those implementing it, they say 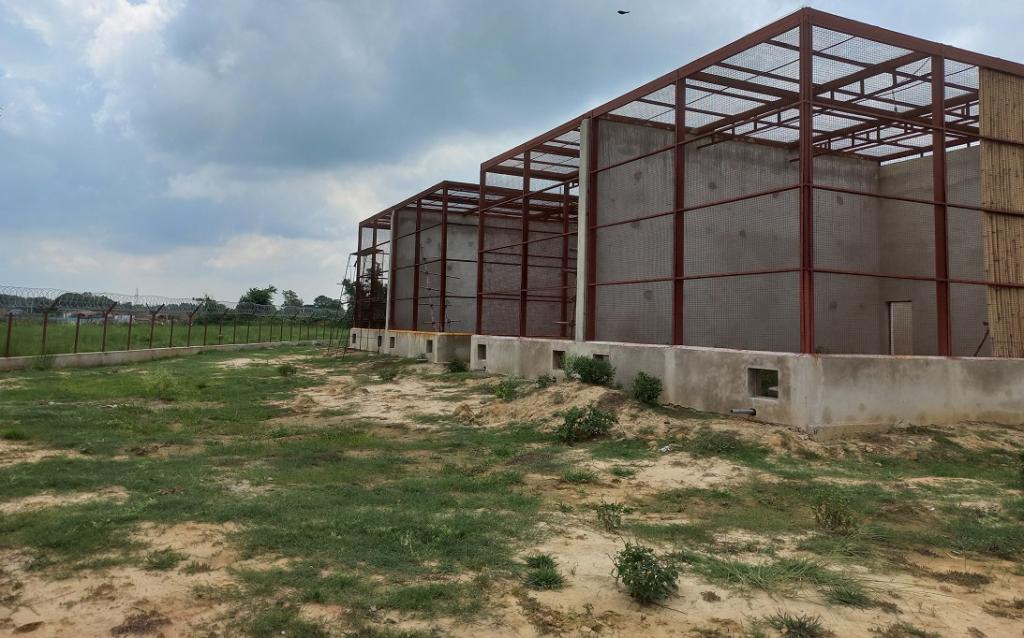 The aviaries built at the centre. Photo: Satyendra Sarthak

Vulture experts and environmentalists have welcomed the upcoming Jatayu Vulture Protection and Reproduction Centre in Campierganj, north of Gorakhpur. But they are cautiously optimistic about the success of the project.

The foundation for the centre was laid by Chief Minister Adityanath October 7, 2020. The UP government and the Bombay Natural History Society have signed a contract for collaborating on the centre for 15 years.

An amount of Rs 15 crore has been allocated to the project. The first instalment is of Rs 80 lakh. The second one is of Rs 1.05 crore. Adityanath is likely to inaugurate the centre September 3, which is International Vulture Awareness Day.

The authorities will be likely capturing a breeding pair of red-headed vultures from the wild either in Chitrakoot or any other part of the state in October.

The pair will be brought to the centre and the population will be slowly increased over time. “We plan to increase the number to 25 vultures (12 males and 13 females) in the next five years.

The centre is being billed as the first of its type anywhere in the world for red-headed vultures. The target is to double that number in 10 years and release them in the wild,” Vikas Yadav, the divisional forest officer of Gorakhpur told this reporter.

Experts are cautiously optimistic about the plan.

“Evidence regarding captive breeding in India suggests that vultures can be successfully bred in captivity. I am happy that the government is taking this step in UP. But it is subject to commitment and management that will go on for a very long time,” Rinkita Gurav, an expert on vultures from the World Wide Fund for Nature told Down To Earth.

An ornithologist DTE spoke to said the target was ambitious but could be achieved. “But for taking the numbers up to 50 in 10 years, several breeding pairs will be required,” he said on condition of anonymity.

“Vultures are slow-breeding birds. They attain sexual maturity and start breeding only after five years. They lay only one egg per year early in the breeding season, which lasts for six months, from October to April,” she said. 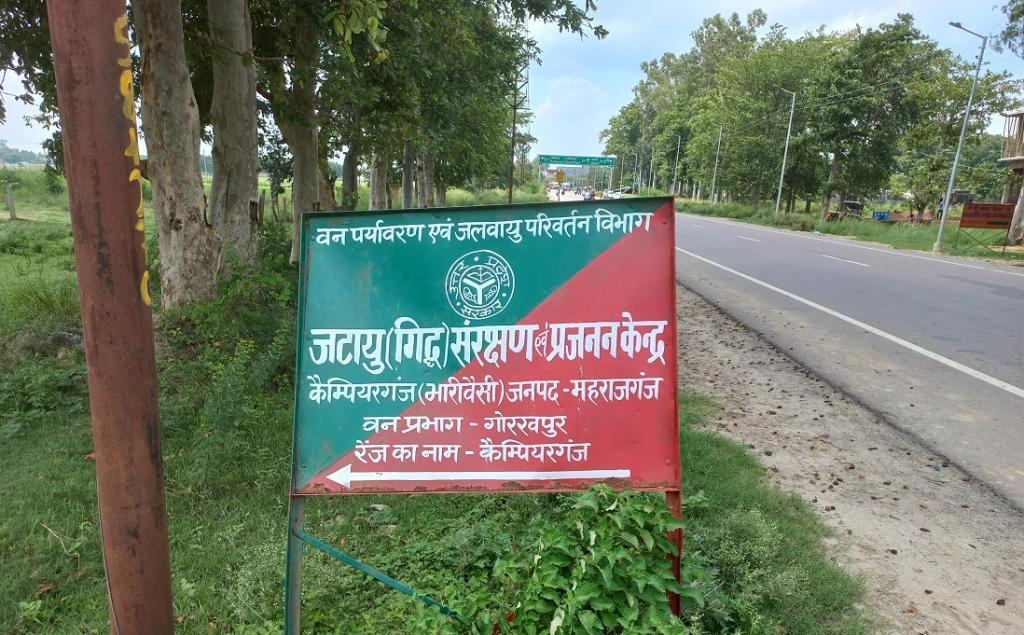 A signboard showing the way to the centre. Photo: Satyendra Sarthak

“The BNHS had done a survey in 2018-19 in Maharajganj, Siddharthnagar and Gorakhpur districts. The population of vultures was found to be five per cent of what it was in 1990,” Yadav said.

The main reason for the decline was the chemical diclofenac, used to relieve pain. The analgesic entered the bodies of vultures after they feasted on cattle carcasses.

India banned diclofenac in 2006 in response to the mass die-off of vultures. Three other analgesics were used as alternatives to diclofenac — Aceclofenac, Ketoprofen and Nimesulide.

But in 2014, the BNHS wrote to the Union environment ministry to ban these as well since vultures had continued to die.

Wildlife expert RK Singh said, “The numbers of scavengers like vultures, jackals, hyenas and crows have reduced a lot. This has caused carcasses to rot in the open, leading to the spread of disease. This centre is a welcome step. We need more like it.”

The centre will initially consist of two breeding aviaries for adult vultures, two holding aviaries, two nurseries for juveniles, a food section, a hospital aviary and a recovery aviary.

There will also be a quarantine centre five kilometres away where birds brought from outside will be kept for 45 days.

The entire centre will be set up over two hectares. Eight personnel have already been appointed to man the centre including a scientific officer, a computer operator, a driver, a biologist, two keepers and two security guards.