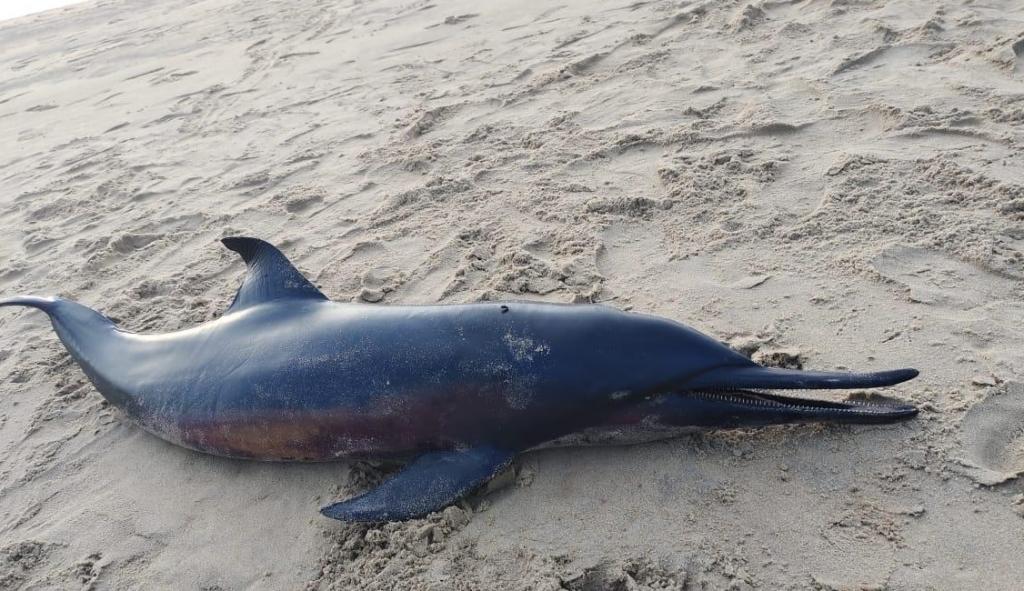 The carcass of a four-feet-long male Spinner dolphin (Stenella longirostris) was washed ashore in Odisha’s port town of Paradip within the Bhitarkanika National Park June 30, 2021, taking the number of marine animal deaths in the state within five months to six.

The carcass was spotted by some fishermen, who informed forest officials. The reason behind the death is yet to be ascertained. Large numbers of people in the area gathered to have a look at the carcass of the dolphin.

The spinner dolphin is a rare mammal in Odisha as it is an offshore species and is found in deeper waters as part of large schools. It was perhaps hit by some ships or fishing vessels in the sea and after its death, the carcass was washed ashore.

JD Pati, divisional forest officer of the park, said a team of veterinary doctors had conducted an autopsy on the dead dolphin. Dolphins, he said, were included in Schedule I of the Wild Life (Protection) Act, 1972.

There have been deaths of five marine animals before the Spinner dolphin.

An dead Irrawaddy dolphin was found entangled in fishing nets in Odisha’s Chilika lake June 10, 2021. The dead body of a Gangetic dolphin caught in the net of a fisherman was reported in Bhadrak district February 17, 2021.

Forest officials in Odisha counted 544 dolphins belonging to the Irrawaddy, bottlenose and humpback species during the annual census in 2021.

Muntaz Khan, a dolphin researcher and assistant professor in the zoology department at Kalahandi University in Bhawanipatna, said the Spinner dolphin was famous for its acrobatic displays in which it spun along its longitudinal axis as it leapt through the air.

Khan noted that the dolphin was a member of the family Delphinidae of toothed whales.

“Spinner dolphins are small cetaceans with a slim build. Adults are typically 129–235 cm long and reach a body mass of 23–79 kg. This species has an elongated rostrum and a triangular or sub-triangular dorsal fin,” the zoologist said.

Some dolphins die each year after being mistakenly caught in trawling and other nets, Khan said.

The researcher added that it was clear that dolphins were aware of the dangers posed by nets of all types given their intelligence. However, they were left with little choice due to their need to search for food around the trawlers or boats.