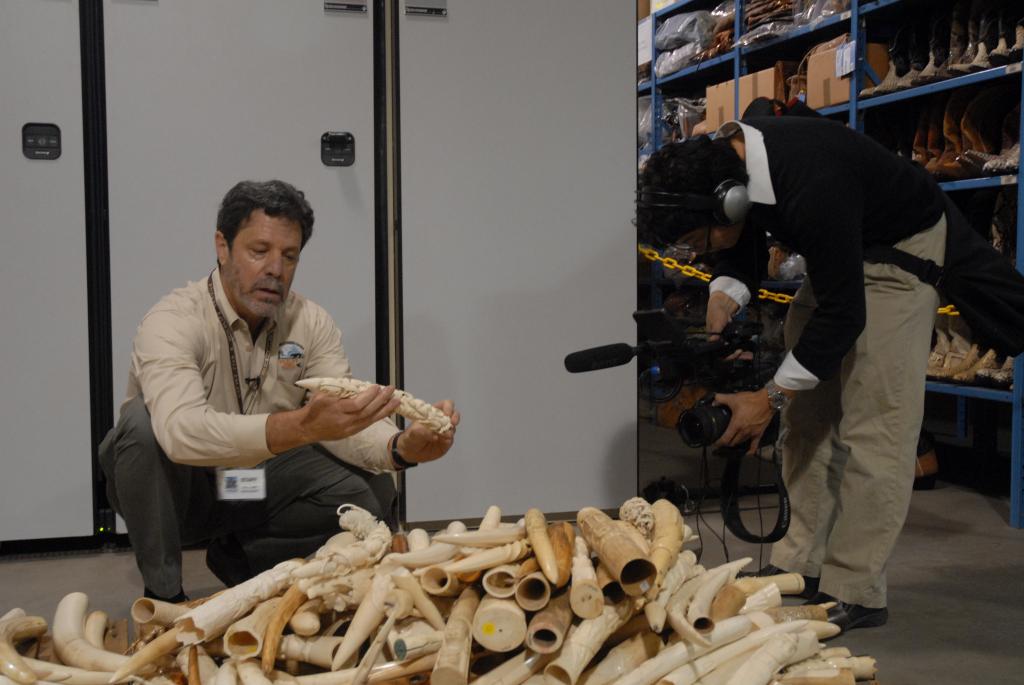 There has been a rise in bush-meat poaching wherever Chinese nationals are working on infrastructure projects. Credit:USFWS / Flicker

Chinese citizens are allegedly responsible for wildlife crime taking place in Namibia. In an open letter to the China's Ambassador Xin Shunkang, the CEO of the Namibian Chamber of Environment, Chris Brown, apprised him about the concern and sought effective action to halt wildlife crime.

Going by the content of the letter, several Chinese nationals were apprehended in December 2016 and were charged with wildlife crimes, including illegal possession of pangolin skins (one of the most trafficked mammals), rhino horn and ivory.

Asking China to acknowledge that the situation is far more serious, the Namibian Chamber of Environment highlighted the fact that Chinese nationals have been involved in escalating poaching of rhinos and elephants in Namibia and the illegal export of rhino horn and ivory. Moreover, it also expressed concern over the rise in bush-meat poaching wherever Chinese nationals are working on infrastructure projects.

Other allegations against Chinese nationals include:

The letter stated: "As Chinese nationals moved into all regions of Namibia, setting up businesses, networks, acquiring mineral prospecting licenses and offering payment for wildlife products, the incidence of poaching, illegal wildlife capture, collection, killing and export has increased exponentially."

Citing widespread damage to shark populations that Chinese nationals have caused in many parts of the world, the letter expressed apprehension over the “long-standing interests by some Chinese nationals to start a shark fin industry in Namibia”. According to the letter, Chinese nationals had proposed to capture marine mammals and seabirds for the Asian aquarium market, but their plan was rejected by the Namibian government.

"We are concerned by an apparent total disregard by some Chinese nationals for Namibia's wildlife, conservation, and animal welfare laws and values," the Namibian Chamber of Environment observed.

Stating that illegal commercial interests of some Chinese nationals are exploiting vulnerability of poor Namibians and undermining community-based conservancy programme, the letter added that these criminal activities harm Namibia's reputation of pursuing a policy of international conservation and sustainable development.

The conservative estimate of the extent of the losses to country’s wildlife and ecosystems caused by Chinese nationals is about N$811 million (US$59 million). This excludes additional resources that the Namibian government, donors, corporations and NGOs have had to commit to combat escalating wildlife crimes.