A few villages set aside land for wildlife conservation in return for the majority of tourism revenues, allowing rural communities & private landholders to manage wildlife on their own 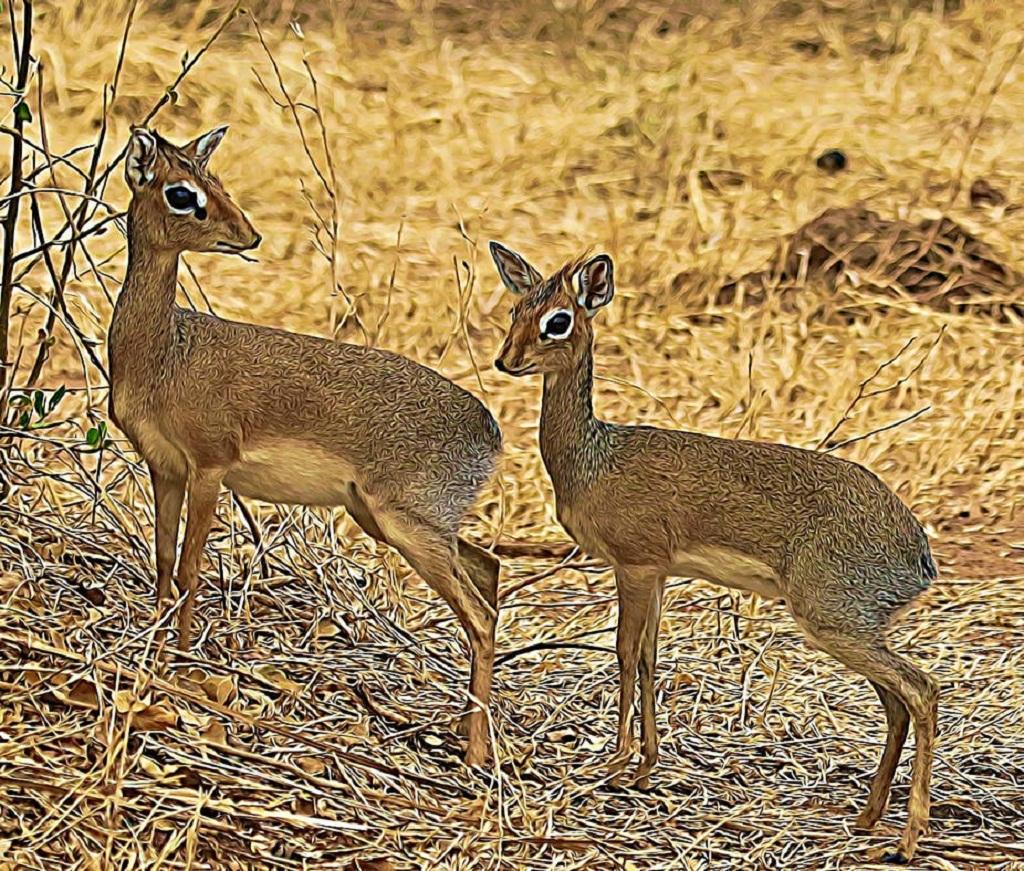 In the Randilen Wildlife Management Area. higher densities of giraffes and dik-diks were found. Author supplied

Good news about the environment is rare these days. But in Tanzania there are signs that community-based wildlife conservation efforts can effectively protect the natural resources that provide the lion’s share of revenue for the economy.

Tanzania is the most popular tourism destination in the East African region. Tourism generates around US$6 billion annually for the country. It brings in a quarter of its foreign exchange earnings, regularly surpassing the minerals and energy sectors. Most of the country’s offerings fall under the banner of eco-tourism – tourism focused on experiencing natural environments. The sector represents 13% of Tanzania’s total GDP, and employs around 700 000 people directly and 1.5 million people indirectly.

Tanzania’s wildlife resources include the last intact fully functioning savanna wilderness ecosystem in Africa, the Serengeti. It also has the world’s largest terrestrial mammal migration – the Serengeti wildebeest migration. It is also home to the world’s highest densities of predators in Ngorongoro and elephants in Tarangire.

But Tanzania’s wildlife resources are under threat. Wildlife populations have suffered from poaching while there have also been clashes between wildlife and people involved in other economic activities like farming and mining.

On top of this, the benefits of wildlife-based tourism are not shared equally. Poverty in communities that live around protected wildlife areas is higher compared with other rural areas.

There is, nevertheless, some good news. In our new study we found that wildlife conservation that focuses on communities can quickly result in clear ecological success.

A World Bank analysis found that economic developments like higher-intensity tourism, mining, road development and agriculture which degrade existing wildlife resources would result in an overall loss to the Tanzanian economy.

The report suggested that the most successful overall development strategy should maximise tourism revenue by increasing quality over quantity. And that it should strengthen links with the local economy by sharing benefits with those who live close to tourist attractions.

This strategy lies at the heart of community-based natural resource management. The most important part of the approach is that user rights are transferred from central government to local communities. The model is being increasingly promoted as a conservation tool and has become the dominant approach in natural resource conservation worldwide.

Tanzania’s approach to community-based natural resource management has been through the establishment of Wildlife Management Areas. Here, a few villages set aside land for wildlife conservation in return for the majority of tourism revenues from these areas. This policy promotes wildlife management at the village level by allowing rural communities and private landholders to manage wildlife on their land for their own benefit.

These areas often act as buffers around national parks to increase available wildlife habitat along park borders and to keep human activities away from the park itself. There are 19 of these areas in operation with another 19 planned. The existing Wildlife Management Areas make up 7% of Tanzania’s land area.

The effectiveness of these type of projects to protect wildlife is not well known. A recent study showed that only 13% of 159 community-based natural resource management projects measured ecological outcomes.

In our paper we carefully analysed these outcomes by studying the newly formed Randilen Wildlife Management Area. We documented significantly higher densities of giraffes (Giraffe camelopardalis) and dik-diks (Madoqua kirkii).

The increases in wildlife densities was accompanied by lower densities of cattle. More wildlife and fewer livestock meets the definition of ecological success. Hopefully these results will encourage more community-based conservation efforts. Most programmes like this simultaneously promote conservation and human development.

Our study did not assess changes to local livelihoods. But we did note that some financial benefits were accruing in these areas. Communities have more power and resources to manage land and wildlife. Participating villages are receiving a direct share of income from wildlife tourism.

Our study showed that these wildlife areas can provide effective wildlife conservation. Most community-based natural resource management programmes have only limited success at achieving both conservation and human development goals. But the concept appears to be the best opportunity for Tanzania to achieve these two outcomes. It can help the country retain its place as one of the most famous and profitable wildlife tourism destinations in the world. And it can also contribute to other economic sectors and alleviate rural poverty.