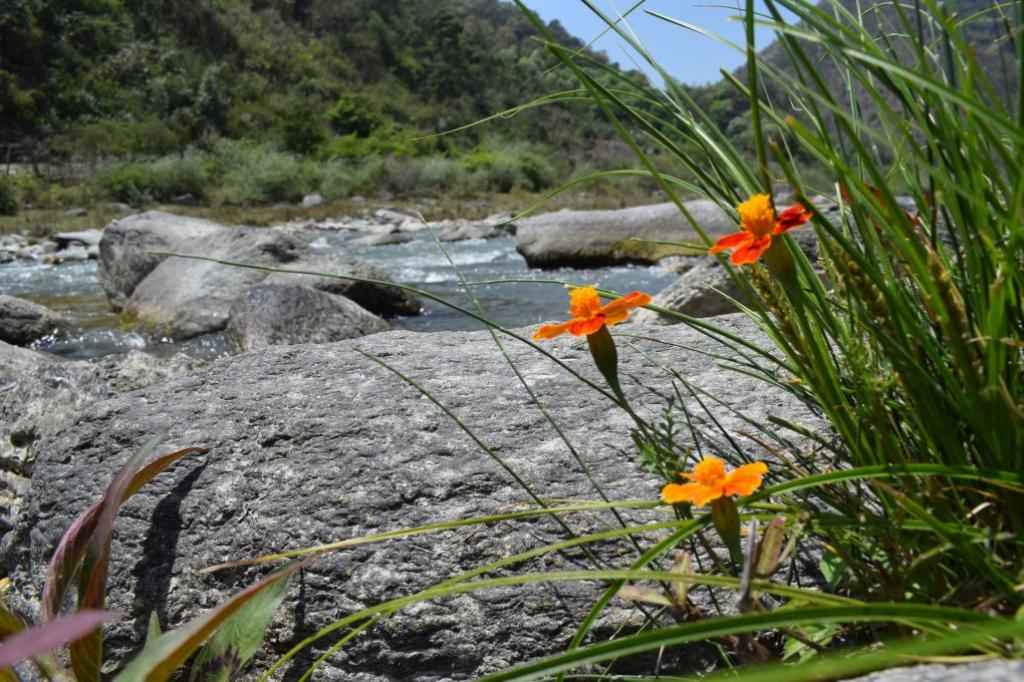 The Tenga river valley in Arunachal Pradesh, one of the world’s last unexplored biodiversity hotspots (All photos by Chandan Kumar Duarah)

The Singchung Bugun Village Community Reserve, an NGO from the West Kameng district of India’s northeastern state of Arunachal Pradesh, won the National Biodiversity Discovery Award on May 22, 2018, in Hyderabad for its unique endeavour to conserve rare local wildlife on the fringes of the Eaglenest Wildlife Sanctuary. The award highlighted the role of civil society organisations in preserving the unique biodiversity of the region.

The jungles of Northeast India host some of the world’s most interesting species – from the greater one horned rhino to the Hoolock gibbon, from the shy pygmy hog to the elusive white-winged wood duck, from the majestic golden langur to the playful river dolphins and mahseer. There is a staggering variety of wildlife in the marshes and forests of Arunachal Pradesh, part of the eastern Himalayas. Sadly, many species are disappearing before they have even been identified. 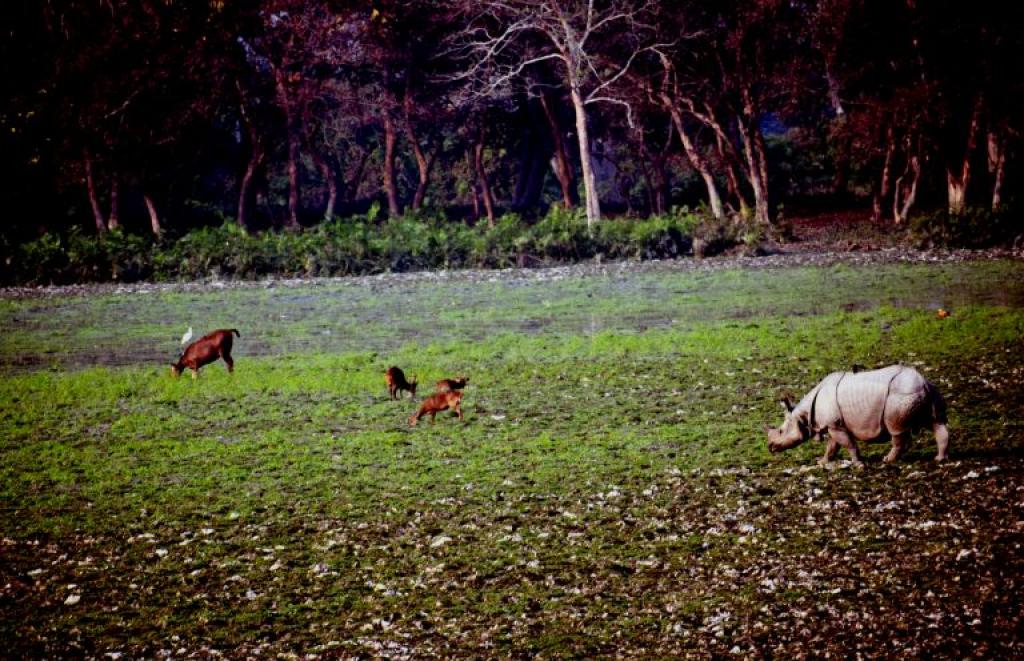 A large array of new species have been found  in recent years. Researchers at the GB Pant Institute of Himalayan Studies recently recorded six new species of fish while researchers from the Rajiv Gandhi University recorded another. And researchers at the Jawaharlal Nehru College, Pasighat, recorded yet another discovery of a new ornamental fish – Microphis ignoratus – in a tributary of the Siang river. This was the first discovery of a freshwater pipefish in the sub-continent.

The recent discovery of a new family of legless amphibians highlighted that region’s hidden biodiversity was in need of “improved inventories,” as the researchers wrote in their paper. Another stunning discovery was made by wildlife researchers in the wetland area of Nagula, Tawang, 4,200 metres high in Arunachal Pradesh. Researchers and forest officials carrying out a baseline survey of Nagula wetland found nearly 70 birds, three species of mammals and an amphibian. The mammals include two mountain pikas and Himalayan marmot (ground squirrel).

In 2012, a new species of frog from the Dicroglossidae family was discovered at Mawphlang, near Shillong in Meghalaya. “More than 100 amphibians have been identified across the Northeast of which many are endemic to the region,” said Jagadinda Roy Choudhury, who retired as the head of the Zoology department at B Barooah College, Guwahati. “Herpetofauna [reptiles and amphibians are] a key component of our natural ecosystem and as such the top priority of our conservation strategies should be on an improved inventory of these little-known amphibians,” he added.

Studies suggest many of the amphibians are facing extinction due to habitat destruction combined with other factors like pollution and radiation, introduction of exotic species and large-scale illegal trading for human consumption.

Native forests are crucial for conserving biodiversity. However, local studies have shown that forests have decreased in some of India’s most important biodiverse areas. Native forests are pooled with exotic tree plantations such as eucalyptus, acacia, rubber, and teak which have very limited value for endangered biodiversity.

The India State of Forest Report (ISFR) 2017 showed a decrease in forest cover in six states of Northeast India, which include loss of 630 square kilometres in the eastern Himalayas.

The reasons for the decrease are said to be shifting cultivation, rotational tree felling, diversion of forest land for developmental activities, submergence of forest cover, agriculture expansion, natural disasters and other pressures. The Northeast also has a diverse tree population but many of the species are now facing threat from the same factors. The report showed a 567 square kilometre increase in Assam’s forest cover, which is 35.83% of the state’s geographical area. Unfortunately this does not offset the overall loss in the region, especially as these are often not the dense forests of the past, but newly planted trees often of non-native varieties. 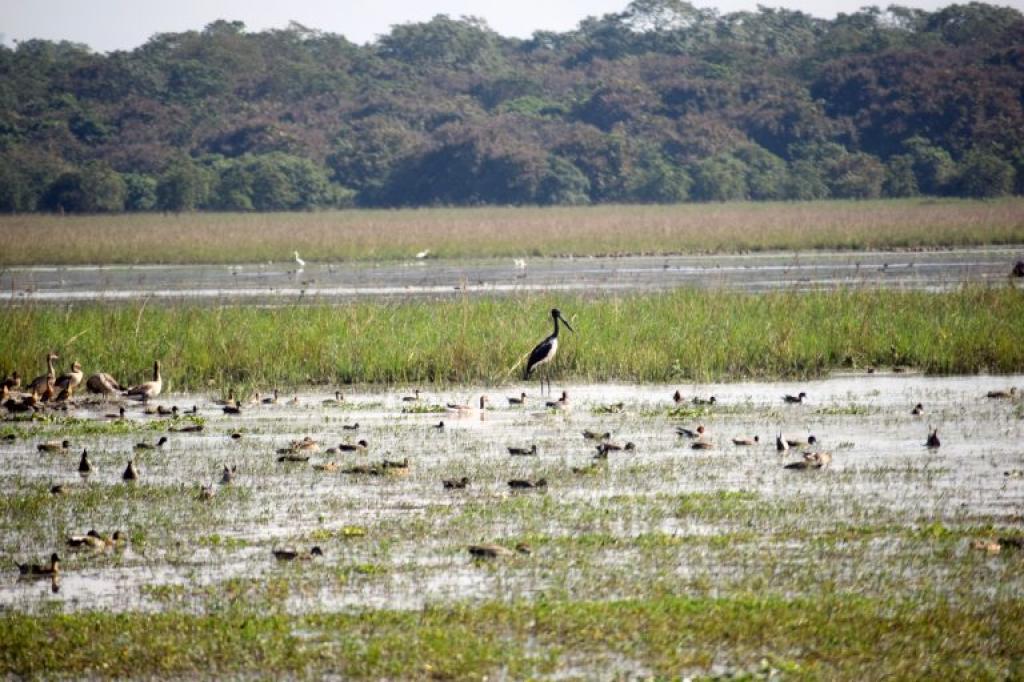 Government led conservation efforts have failed to reach this corner of India. India’s biodiversity legislation has three main objectives, conservation of biodiversity, its sustainable use and ensuring equitable sharing of the benefits from use of the country’s biological resources or related traditional knowledge. To achieve this, the Biodiversity Act has a three-tier institutional structure—the National Biodiversity Authority (NBA), State Biodiversity Boards (SBBs) in every state and Biodiversity Management Committees (BMCs) at local village/urban levels. Unfortunately, the SBBs or BMCs barely play a role in the biodiversity conservation in this part of the country. On the contrary, privately funded projects or work by NGOs has yielded better results. 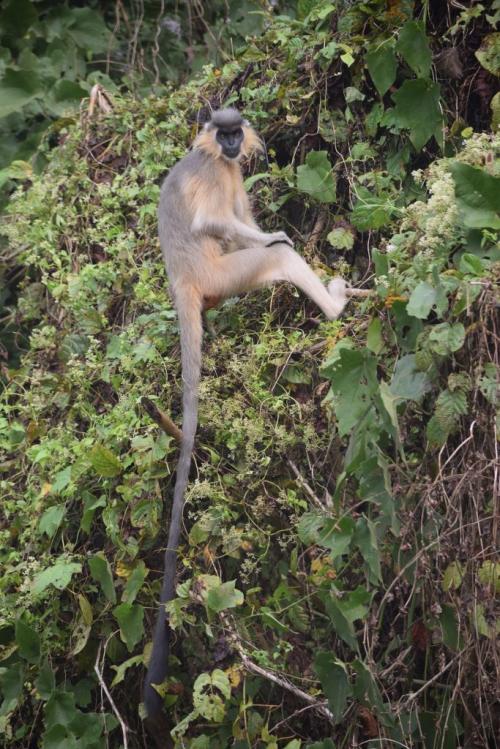 One effective conservation strategy is “seed saving”, or the practice of saving, exchanging, and reusing seeds that were handed down generation to generation through families or communities over centuries. In the past, farmers carefully selected crops for various traits adapted to many growing conditions and climates, creating a rich genetic plant heritage that formed the base of the global food supply. However, over the last century, this agricultural biodiversity has undergone a rapid decline, with many heritage and native plant species being replaced with commercial crop varieties.

Padma Kanta Nath, a farmer from Kaliabor, in the Nagaon district of Assam, has worked to collect more 110 traditional rice varieties. The growing dependence on a dwindling number of crops worldwide has raised big concerns about global food security. This means revitalising the practice of seed saving is vital.

Akhil Gogoi, the leader of Krishak Mukti Sangram Samitee (KMSS or Farmer’s Freedom Movement Organisation) who is spearheading the movement against mega dams in Assam, is also leading another movement to gain back control of seeds from industry. Gogoi’s repository has a collection of more than 200 indigenous varieties of rice in the Kaziranga National Orchid and Biodiversity Park. “Saving the seeds will not only guarantee our future food security but will keep alive our culture, diversity and our identity,” said Gogoi.

The KMSS is a people’s movement committed to upholding the rights of farmers and protect local heritage and resources. Protection of indigenous plants, fish and crops is one of the key agenda items of KMSS. As part of this, KMSS has created a sprawling 30,000 square metre Kaziranga National Orchid and Biodiversity Park, the first of its kind in the region. “The basic purpose of this park is to conserve the local varieties of orchids, flowers, fruits, fish as well as our colourful ethnic culture and to spread knowledge about them,” Gogoi said.

The park, inaugurated in 2015, hosts more than 600 varieties of wild orchids, a medicinal plant garden, a fishery for indigenous fishes, an extensive forest of native trees, a garden for native flowers and fruits and a rice museum.

Some 150 kilometres away from the park, Rahmat Ali Laskar, a school dropout from the little known town of Udali in Hojai district in Assam, received an honorary degree from a French University for the conservation of orchids. He has collected some 1,200 species and sub species of orchids and another 270 varieties of bamboo under one roof. Laskar aspires to use his collection to contribute to the knowledge of orchids, particularly the threatened and highly valued species.