Court asks US Navy to ban use of sonar harming whales, marine life 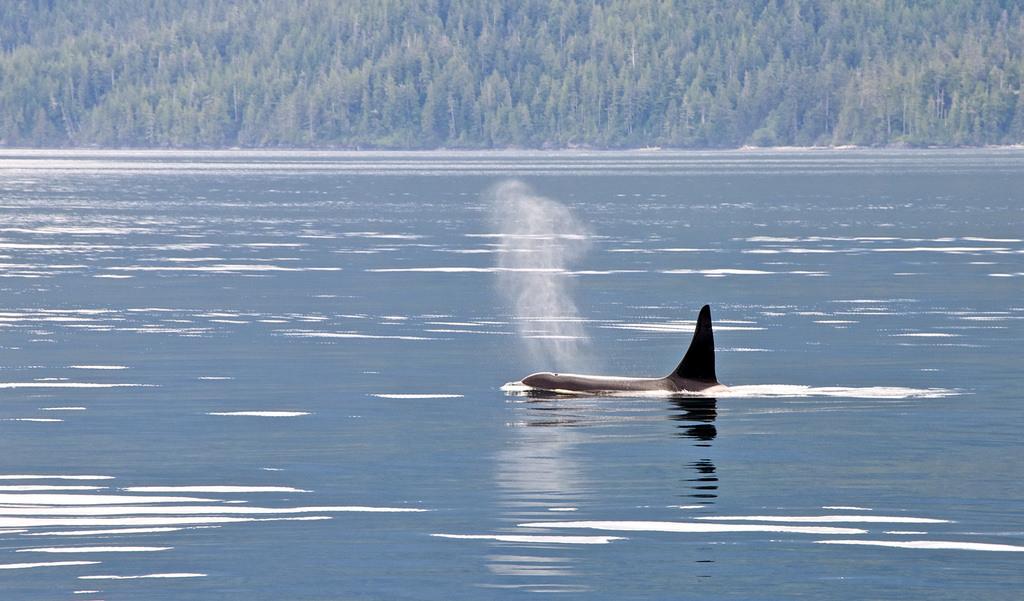 Whales swim hundreds of miles and rapidly change their depth to get away from the sound of sonar Credit: Jaime Walker/ Flicker

A US court, on Friday, banned the use of sonar in the oceans by the navy, ruling that it could harm whales and other marine life. The US Court of Appeals for the Ninth Circuit reversed a lower court decision upholding five-year approval granted in 2012 for the Navy to use low-frequency sonar for peacetime operations in the Pacific, Atlantic and Indian Oceans and the Mediterranean Sea. The matter has been sent back to the lower court for further proceedings.

In 2015, the US navy started seeking permits to expand sonar and other training exercises off the Pacific coast. It wanted to deploy up to 720 sonobuoys at least 12 nautical miles off the coasts of Oregon, Washington and northern California. These sonobuoys are about 3 feet long and 6 inches in diameter and their role is to send out sonar signals underwater so air crews can be trained in detecting submarines.

The sonar systems, first developed by the US Navy to detect enemy submarines, generate sound waves reaching around 235 decibels, far above the levels that loudest rock bands can reach. These sound waves travel hundreds of miles under water and retain an intensity of 140 decibels as far as 300 miles from their source.

Impact of Sonar on whales

An article, published in Scientific American magazine back in 2009, discussed how this noise is too much for some marine wildlife. It also claimed that though direct physiological effects of sonar waves on marine species are not very clear, there are evidence to suggest that whales swim hundreds of miles, rapidly change their depth (often leading to bleeding from the eyes and ears), and beach themselves to get away from the sound of sonar.

According to the Natural Resources Defense Council (NRDC), a US-based non-profit organisation for protection of wildlife, sonar can be devastating to whales and other marine animals that rely mainly on hearing to carry out daily activities, including communication. Without the ability to hear, it is difficult for whales to “find their way through the world every day”.

David Henkin of Earthjustice, a nonprofit environmental law organisation, had argued that sonar is a “potential culprit” as there is possible evidence of sonar causing emaciation, hemorrhaging and bleeding of the brain of the whales. Some marine researchers also speculated that noise pollution in the oceans is disrupting whales’ abilities to hear and migrate, and that’s why there is a rise in cases of whales being washed ashore.

According to marine researchers, sonar-emitting buoys harm whales, seals, dolphins and walruses and disrupt their feeding and mating. Ironically, the navy’s training range is home to endangered whales like orcas, humpback and blue. Seals, sea lions and dolphins are also found within that range.

The 2012 rules, which permitted sonar use, required the Navy to shut down or delay sonar use if a marine mammal was detected near the ship. After the ruling, environmental groups, led by the NRDC, challenged the government by filing a lawsuit in San Francisco, arguing that the Obama administration had approved sound emissions that violated the Marine Mammal Protection Act. It was based on the court’s ruling that the National Marine Fisheries Service had approved the Navy’s plan to deploy 18 deepwater loudspeakers over a period of five years.

The latest ruling said that the approval failed to meet a section of the protection act requiring peacetime oceanic programs to have “the least practicable adverse impact on marine mammals”.

Bias toward US waters

The federal appeals court concluded that the National Marine Fisheries Service had asked the Navy to reduce sonar levels in areas having high populations of marine mammals but failed to ensure similar protections in other areas, including offshore zones and other zones listed by scientists as likely habitats.

Judge Ronald Gould observed that most of the zones on the Atlantic and Pacific coasts of the US are protected, but none on the Pacific coast of South America. “The result is that a meaningful proportion of the world‘s marine mammal habitat is under-protected,” said Gould.