COVID-19 lockdown a blessing for the endangered Gangetic dolphin in Bihar: Experts

Gangetic dolphins have become more visible in the Vikramshila Gangetic Dolphin Sanctuary (VGDS) in Bihar due to the lack of human activity on the Ganga during the ongoing novel coronavirus disease (COVID-19) lockdown, according to dolphin experts.

The lockdown was a much-needed blessing for dolphins in the Ganga and the VGDS, spread over 50 km along the river in Bihar’s Bhagalpur district, Sunil Choudhary, director of Vikramshila Biodiversity Research and Education Centre of Tilka Manjhi Bhagalpur University, said on April 15, 2020.

Choudhary said the lockdown had provided dolphins everything suitable for them. “They love a peaceful natural habitat in the river. They don’t like human activities or interference,” he said.

Dolphins were being spotted at places where they had not been seen due to human activities, Choudhary was informed by local fishermen, who visited the river twice or thrice during lockdown.

This was a positive development for dolphins in the river.

“Some fishermen informed me that dolphins are getting plenty of food and they are smoothly moving from one place to another in the river as human interference has completely decreased. Dolphins are spotted more in cleaner and peaceful rivers,” Gopal Sharma, regional head of the Zoological Survey of India, Bihar and Jharkhand, said.

Sharma pointed that RK Sinha, known as ‘India’s Dolphin Man’, used to remind him that the presence of dolphins was the sign of a healthy river ecosystem. Dolphins prefer water that is at least five to eight feet deep. They are usually found in turbulent waters, where there are enough fish for them to feed on.

Gangetic dolphins live in a zone where there is little or no current, helping them save energy. If they sense danger, they can dive into deep waters. The dolphins swim from the no-current zone to the edges to hunt for fish and return, he recalled.

The Gangetic river dolphin is India's national aquatic animal but frequently falls prey to poachers. Their carcasses are found regularly on river banks.

Gangetic river dolphins fall under Schedule I of the Indian Wild Life (Protection) Act and have been declared an endangered species by the International Union for Conservation of Nature (IUCN).

The Gangetic river dolphin is one of the four freshwater dolphin species in the world. The other three are found in the Yangtze river in China (now extinct), the Indus river in Pakistan and the Amazon river in South America.

The Gangetic river species is found in India, Bangladesh and Nepal. It is blind and finds its way and prey in the river waters through echoes.

Bihar is home to around half of the estimated 3,000 Gangetic dolphins in the country. 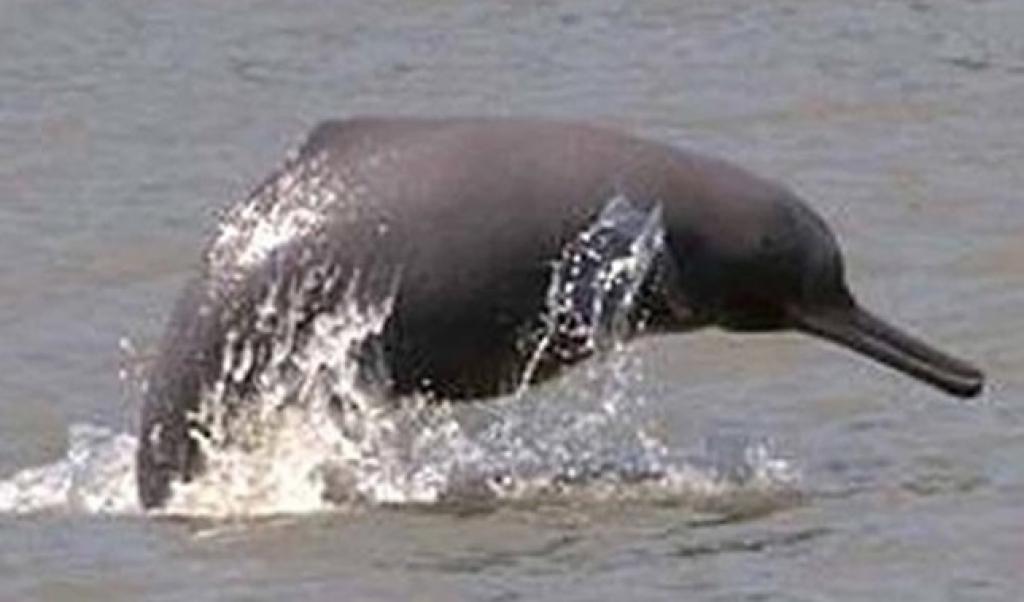