Experts say mortality rate may have gone up to 10-15%, WHO has to declare the disease an epidemic first 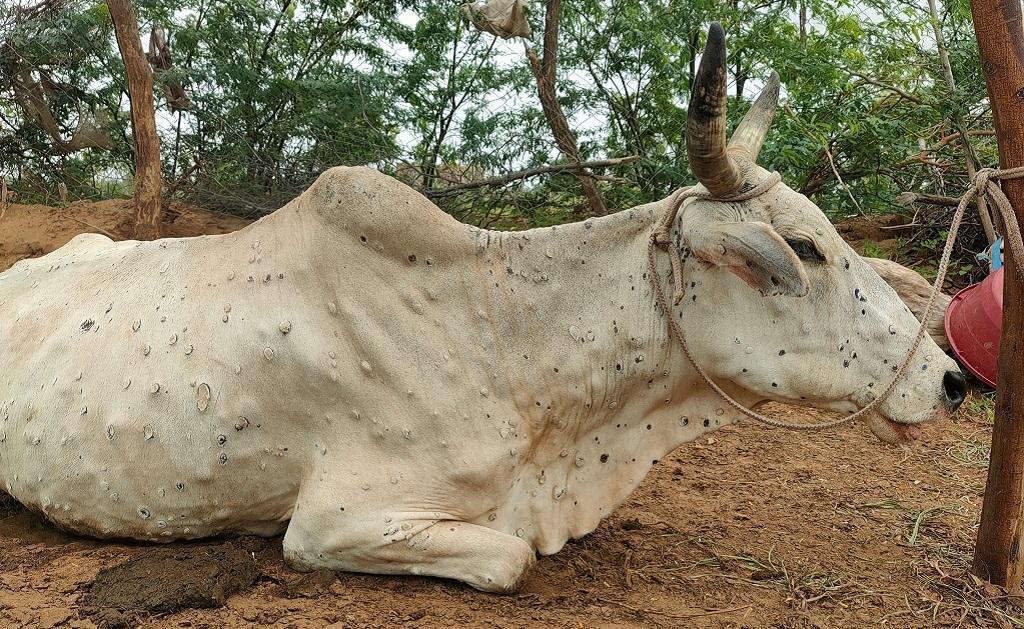 Over 50,000 bovines have died due to lumpy skin disease in India since April Photo: Somu Anand

A section of cattle farmers in Uttar Pradesh has called for declaring lumpy skin disease as an epidemic so compensation and policies can bail them out. The state has reported a large number of bovines affected by the disease.

Lumpy skin disease (LSD) is a viral illness of the capripoxvirus genus in the poxviridae family. This is the third year of the disease in India and over 50,000 bovines have died since April.

Millions of cattle are suffering from the disease across states like Punjab, Haryana, Rajasthan, Gujarat, Maharashtra, Madhya Pradesh and Uttar Pradesh, according to central government figures.

The viral disease causes fever and lymph nodes on the skin, difficulty in mobility, even causing death to the cattle.

The disease is peaking and the central and state governments should take cognisance of the same, said unions of cattle farmers. “Last year, we had to deal with cattle suffering from foot and mouth disease, but LSD cases were fewer. This year, LSD cases have gone up enormously,” said Manish Bharti, spokesperson for Adarsh Pashupalan Society, a collective body of cattle farmers.

The cattle losses had led to a poor condition of the dairy industry, Bharti added. “Even the fodder costs are now threefold, from Rs 4 per kilogramme to Rs 13 per kg, adding to production costs,” he said.

The spokesperson said private milk companies increased the cost of milk by Rs 2, but the profits were not trickling down to the herders. “The recent hike in dairy prices is benefitting just the private entities,” he said.

The average cost of feeding cattle is around Rs 200-250 per day, but the UP government is giving the herders just Rs 900 per month, Bharti said, adding that the situation was dire.

“The government should declare the disease as an epidemic or pandemic and announce compensation and policies to bail us out,” Bharti told Down To Earth.

An Agra farmer with 27 cows said his cattle were also affected, but he doesn’t know what to do. “I saw the symptoms in some cows, but I am sure the disease must be spreading,” said Kishan Dutt. “Many nearby farmers have had the same experience.”

Government veterinary officers have not provided any help in spite of asking for it, he claimed.

“They claim that there is no vaccine and the alternative is goat pox vaccine as it shares the same virus family. The officials said the vaccine injection would not help the cattle much and discouraged farmers from getting it,” said Dutt.

However, Agra veterinary officer Vijay Veer Chandrayal said vaccinations were going on. “The farmers are not always aware of the vaccinations as they are out on the field and the officials deliver dosage and leave. The disease’s mortality rate is low, 1-2 per cent and is not very concerning at the moment,” he said.

Refuting the allegations by farmers, Chandrayal said the goat pox vaccine is the closest to provide protection to the cattle and the government is committed to prevent any additional health burden of cattle.

However, he agreed that the central government should take necessary steps to declare it an epidemic.

The World Animal Health Organization has to take a call to declare the disease a pandemic or an epidemic, said Anil Bhikane, director of extension education at Maharashtra Animal and Fishery Sciences University, Nagpur.

Read more: Monkeypox can be transmitted to babies during and after pregnancy. We should be watchful but not alarmed

“A disease should have widespread global impact for it to be called a pandemic. Like COVID-19, LSD has spread to several countries including some neighbouring nations like Pakistan, Nepal, China and Bangladesh,” said Bhikhane.

Cases have been reported in India since 2019, but they were sporadic earlier. “Like COVID-19, if we call it the first wave, LSD did not cause much harm at first. But this year the infection has multiplied rapidly and the spread is aggressive,” Bhikane said.

WHO had earlier mentioned the mortality rate as 1-5 per cent, but it may have gone up to 10-15 per cent now in India as many cases may have gone unreported, the veterinary doctor added. The percentage would not be an exaggeration considering the dense cowsheds found across India, Bhikhane said.

“The vaccine for LSD is under development and also undergoing trials, but goat pox is the closest that can offer about 70-80 per cent immunity. But considering the severity, a dedicated vaccine is needed,” he said.

Cattle owners should take due precautions and follow the protocol of quarantine, which is similar to COVID-19 for humans, Bhikhane added.