Corals occupy only 0.1% of the global sea surfaces; but more than 25% of marine biodiversity is supported by them 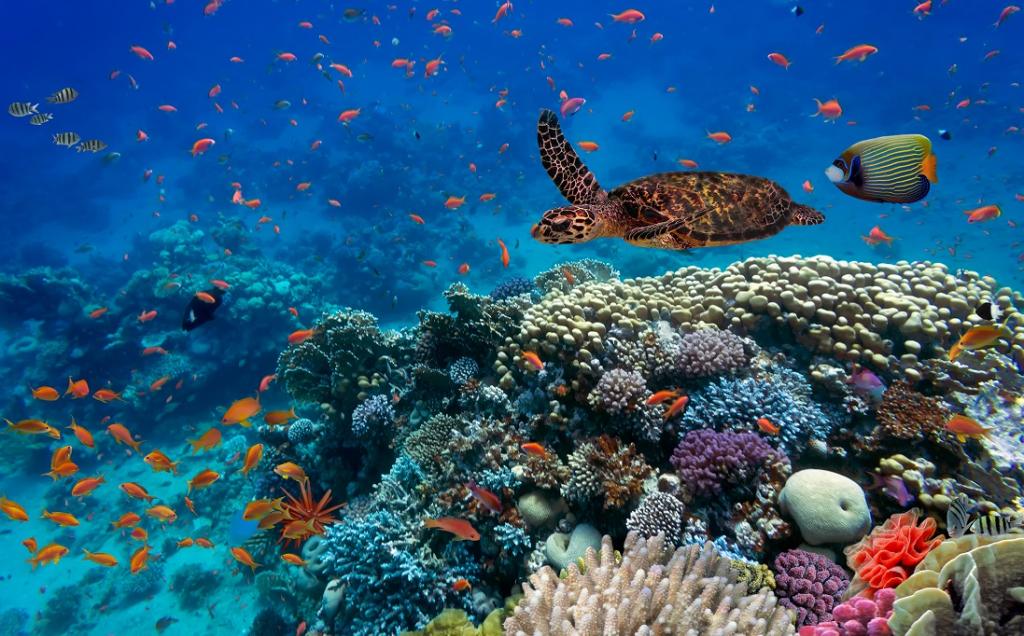 Degradation and loss of coral reefs can affect about 4.5 million people in southeast Asia and the Indian Ocean, according to the Intergovernmental Panel on Climate Change (IPCC)’s Sixth Assessment Report on Impacts, Adaptation and Vulnerability, released February 28, 2022.

The report talks about the effects of global warming and anthropogenic activities on Asia’s coral reefs. The reefs are being bleached and are dying due to changes in the beneficial microorganisms of coral, caused by environmental stress.

This loss and degradation of coral reefs can affect the livelihood of about 4.5 million people in southeast Asia and the Indian Ocean.

“The reason why we talk about the issue from the coral view point is because they occupy only 0.1 per cent of the global sea surfaces. But more than 25 per cent of marine biodiversity is supported by them, which includes fisheries as well. They are the first that get affected by high temperatures,” Roxy Mathew Koll, climate scientist, Indian Institute of Tropical Meteorology, Pune, said.

“The economic loss under different climate change scenarios were estimated to range from $27.78 million to $31.72 million annually in Nharang Bay, Vietnam. In Bangladesh, the coral reefs of St. Martin’s Island contribute $33.6 million per year to the local economy. Climate change, along with other anthropogenic activities, has been identified as a threat these habitats,” the report said.

Some 571 coral species have been severely impacted in the South China Sea by global climate changes and anthropogenic activities.

“Coastal habitats of Asia are diverse and the impacts of climate change including rising temperature, ocean acidification and sea level rise has been known to affect the services and the livelihood of people depending on it. The risk of irreversible loss of many marine and coastal ecosystems increases with global warming, especially at 2 degrees Celsius (°C) or more,” the report said.

“The oceans absorb more than 93 per cent of the excessive heat from global warming and lot of this heat is going to the Indian Ocean and surrounding seas, where our fisheries are,” Koll said.

“We are now having marine heatwaves that can have an anomaly of three-four degrees. These can last for a few days to weeks to months and even to years. In the North-East Pacific Ocean, there is a blob that has stayed for more than a year and led to the collapse of fisheries in the region,” he added.

It further said coral growth was predicted to decline by the end of this century and human activities were one such factor that had contributed to the reduction in growth.

The report added that regional long-term trends and inter-decadal variations were observed in coral growth and sea surface temperatures in the South China Sea.

Increased seawater temperature has been found to affect the functioning of symbiotic algae of corals and its bacterial consortia, leading to coral bleaching and mortality.

“Along the Indian coast, varied bleaching and recovery pattern among corals was observed during the 2016 bleaching episode. Bleaching was high in Acropora (86.36 per cent), followed by Porites (65.45 per cent), while moderate to no bleaching was observed in Favites Symphyllia, Favia, Platygyra and Goniastrea,” the report read.

It pointed out that the increase in pathogen abundance (virulence) and increase in susceptibility of the host reef, has led to a rise in the severity of coral diseases. It has also led to the decline in coral reef community composition.

Relative risk has been found to be high in the province of Papua in Indonesia, the Philippines, Japan, India, northern Maldives, the Persian Gulf and the Red Sea.

He added that there were patches of marine heatwaves in the Arabian Sea as well, but were not well organised. A four-fold increase in heatwaves was also being witnessed in the western Indian ocean.